I've been buying a few packs of 2017 Topps Update here and there, mostly from Walmart. I would pick up a fat pack or hanger box on occasion and I bought a few packs at my LCS when I had to make a supply run. I guess I should blog about it.

Nothing has really struck a chord with me. The first thing I noticed was the ridiculous amount of photo variations. Here are just a few that I pulled: 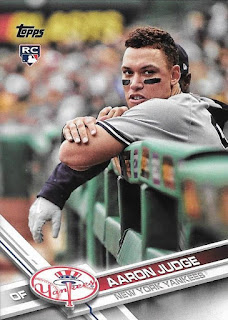 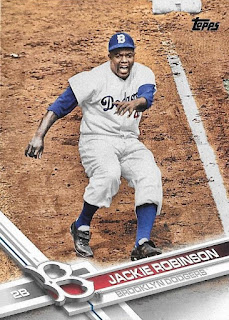 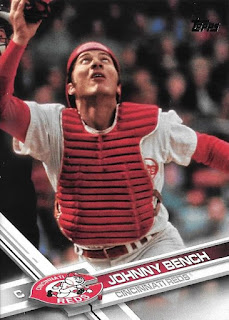 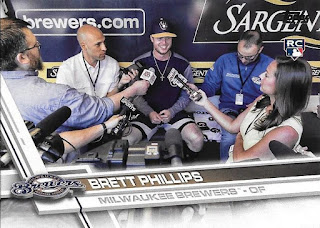 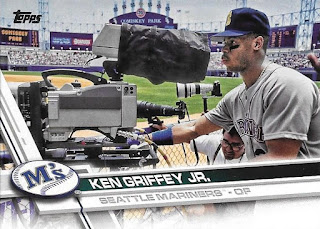 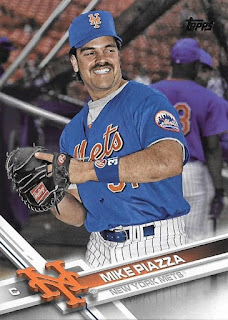 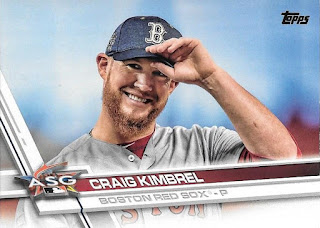 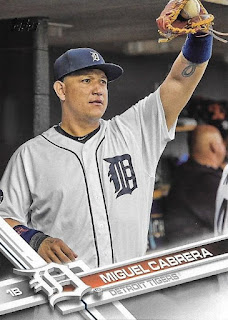 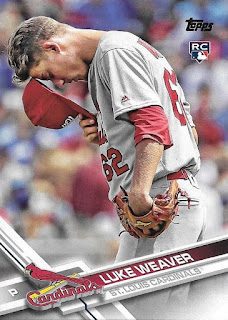 The Judge variation actually came in the first (fat) pack of Update that I opened. I thought I had won the cardboard lottery...but then I saw that "short print" is actually code for "over-produced." That was a bit deflating. 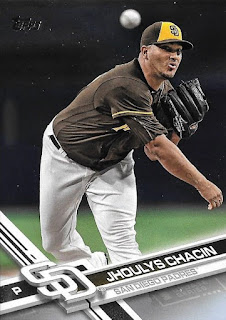 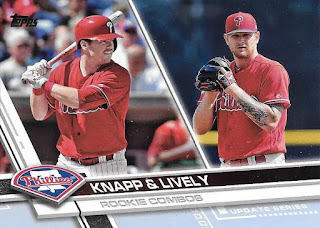 The Chacin really doesn't look blue, but it is numbered just the same as the Knapp and Lively, so I guess it has to be.

In all, outside of the Judge and Ranger base cards, the only card I pulled that I want to keep is this rainbow parallel (that my scanner doesn't know how to handle): 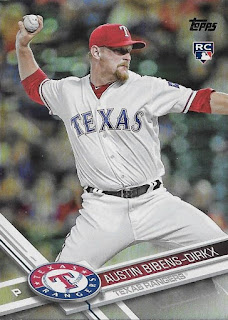 So there it is. My underwhelming experience with 2017 Topps Update. Everything here, except the Judge and the Bibens-Dirx rainbow foil, are for trade. Lemme know!
Posted by J. Meeks at 10:00 AM 6 comments: