Earlier this week, I made a somewhat cryptic tweet:

Been working with an eBay seller for a while on what will be a MASSIVE addition for my Matt Harrison PC. Going to be AWESOME.
— My Cardboard Habit (@cardboardhabit) August 18, 2015

Well, I finally received the cards I was talking about. But first, a little backstory.

I have purchased many cards from a certain seller on eBay who also happens to be a Rangers fan/collector. He had some of the higher-end Matt Harrison cards that I needed, but I never thought I could afford them.

Fast forward to this summer. My funding ended up getting a significant increase from what it was supposed to be. I decided to spend a little bit on cards. I sent the seller an email expressing my interest in a number of cards he had and asked if we could work something out in regards to a "total package" price.

In the beginning, we were pretty far apart in what we were seeing as a fair deal. We went back and forth a couple times, but nothing materialized. Then my dad got sick and everything got put on the back burner.

Earlier this week, I was reading through old eBay messages looking for a different seller when I came across our negotiations. I decided to send the seller one more note with a better offer for the cards. He quickly responded that he felt the offer was fair and the deal was closed.

I know, you are asking: what cards did you get???

Well, here they are. 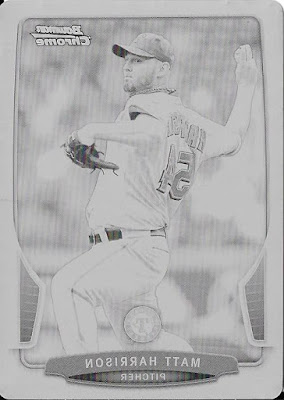 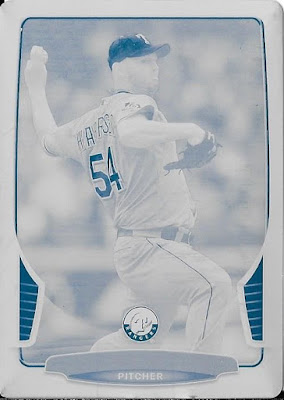 These were the first two cards that caught my eye: printing plates from 2013 Bowman and Bowman Chrome. 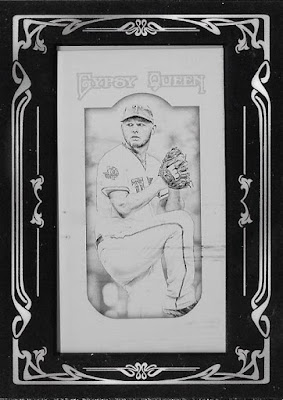 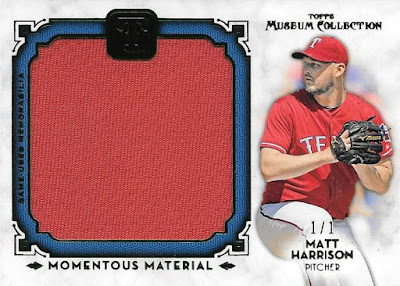 This is the emerald parallel from 2014 Museum Collection Momentous Material. This card completes my parallel rainbow for this particular set. 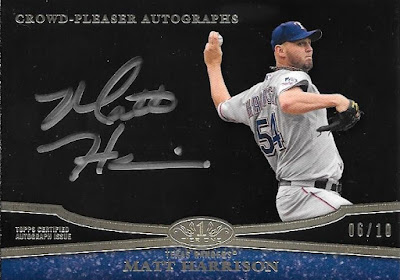 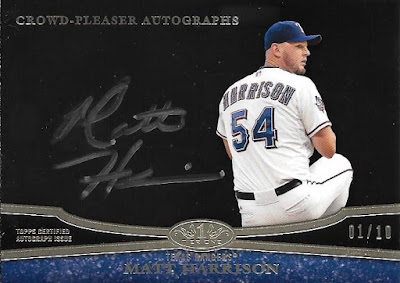 He also had these two: silver autos numbered to 10 from 2013 Tier One Crowd Pleaser Autos.

Lastly, the card that was the source of the delay in the sale: 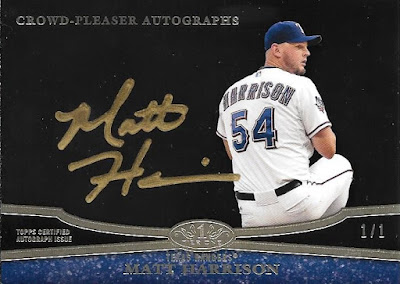 A gold auto from the same set mentioned above.

So, a quick recap: I negotiated with a seller to purchase seven cards. Five of the seven are 1/1's, three are autographed. I spent about the same as I would for a couple hobby boxes and ensured that I got cards I actually wanted rather than gambling my money away. Money well spent, in my opinion.
Posted by J. Meeks at 1:56 PM