Though Heritage came out Wednesday, my LCS didn't get any in until today. It's only two days, but it felt like forever. Heritage is one of, if not my favorite release every year. I was initially a little hesitant because the '68 set is one of my least favorites, but Heritage turned out okay. Anyway, let's get to what was in my two boxes.

First, let's take a look at the guaranteed hits. Every box promises a relic or an auto. Both of my boxes had relics. And they were boring at that: 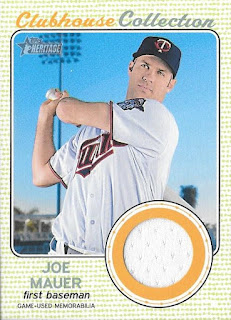 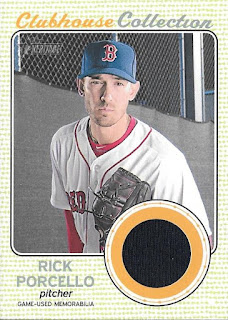 Joe Mauer and Rick Porcello. Could be worse, but could be better. Had that been all I pulled, I would have been pretty upset.

But they weren't. I pulled better cards!

The first box offered up some good cardboard. First up: 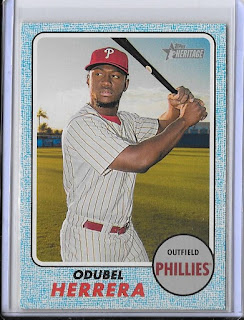 This Odubel Herrera blue border parallel. These are limited to 50 copies each, or at least that's what I've read. Not a bad start! 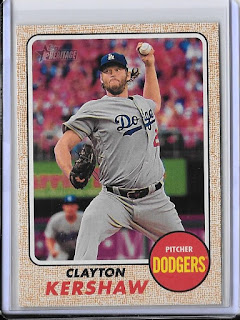 But the best card of the box was this guy: 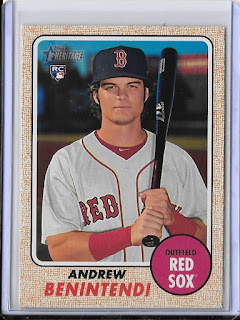 The Andrew Benintendi rookie photo variation! These are short printed, as the base card features Benintedi and another player.

Heckuva a box! There's no way the second box could be better, right? 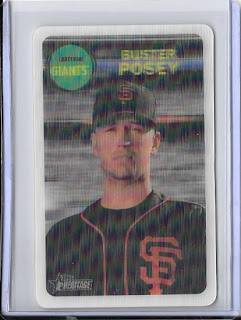 Boom. Right off the bat (no pun intended) was the Buster Posey '68 3D box loader! These fall about one per case.

From there, I pulled this: 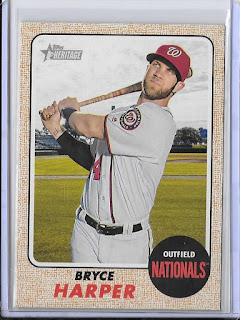 The Bryce Harper color swap variation! But it doesn't stop there! 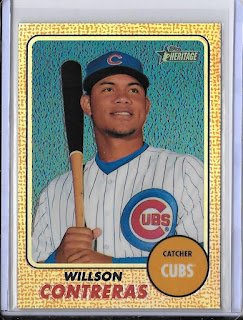 Though it looks gold, this is the base refractor of Wilson Contreras! Such a great box. How could it get any better? 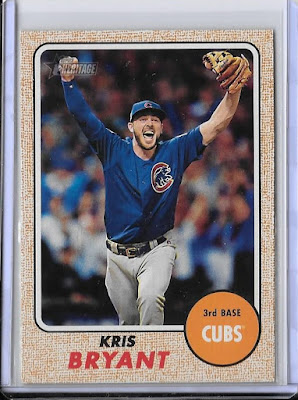 Though the "hits" were duds, these were by far the best two boxes of Heritage I've opened in a while! The relics are up for trade, but everything else has been listed on eBay to help me recoup some of my money. I'm going to sort everything this evening, so I should have a wantlist and trade list listed soon!
Posted by J. Meeks at 12:43 PM