I Shouldn't eBay Late At Night

As many posts as I have seen about it, you would think that I would have known better: never get on eBay late at night. Bad things happen. 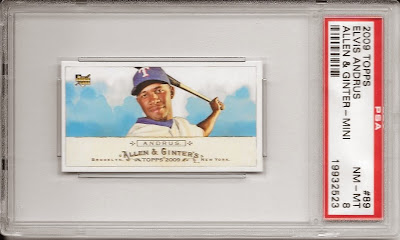 Yeah, you see that correctly. A PSA 8 Elvis Andrus mini from 2008 Allen and Ginter.

Just to go ahead and get it out of the way, I don't know why in the hell I bought it.

I wish I could claim that it was late at night and I had been drinking. Sadly, I can't blame this card on the booze. Some of my relationships, however, are a different story. But this about a PSA 8 Elvis mini, not a long-legged red head I met at the Blue Light (FYI - red heads are my bug zapper).

I saw PSA and 99 cents, and I jumped. I simply can't resist.

But I bought some other stuff, too. 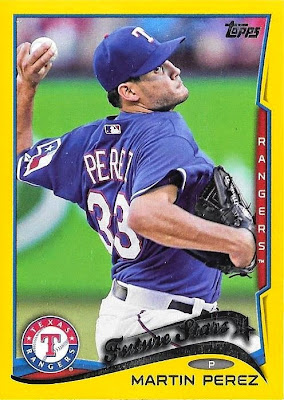 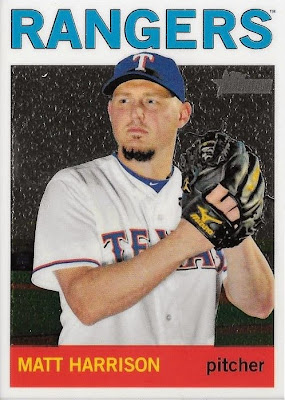 You see, both of these fit in my collection. Not really sure where to put the Andrus.

Oh well, I'll chalk it up to a bad decision. Certainly had plenty of those in my life, so this one will fit right in.
Posted by J. Meeks at 8:00 AM