This final segment will introduce you to the COMC purchases for the Matty H. PC. 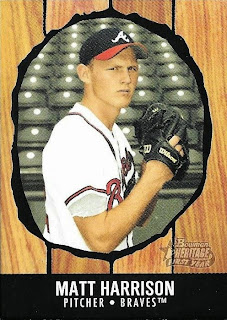 We start with this "knothole gang" card from 2003 Bowman Heritage. Absolutely hideous. 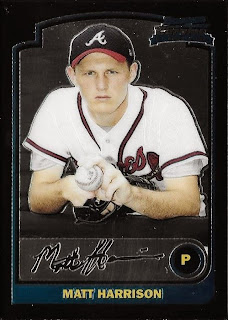 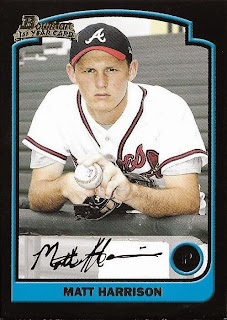 2003 also gave me the Bowman Draft Chrome (top) and base (bottom). I like the simplicity, but it looks like Harrison signed his name twice for the facsimile bit. Thoughts? 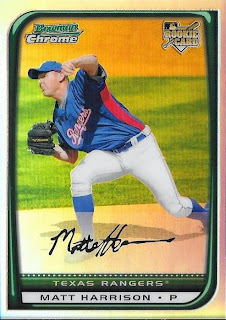 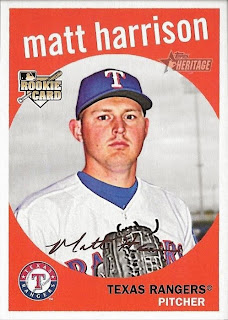 This is the 2008 Topps Heritage rookie card. 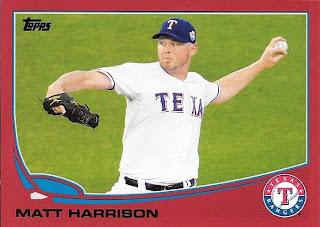 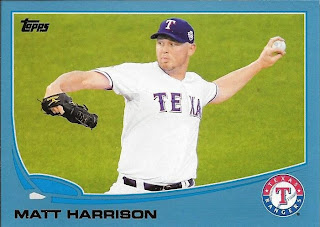 Retail parallels from 2013 Series 2! Target red (above) and Walmart blue (below). 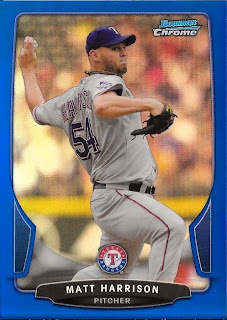 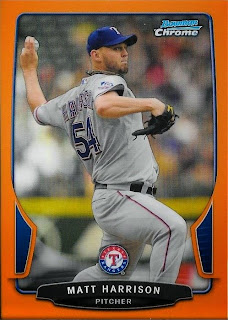 And more parallels! From 2013 Bowman Chrome, the blue refractor (above) and orange refractor (below), numbered to 25!

Again, apologies for the lack of commentary. Still finals week, and I am ridiculously tired. I was working in my office until almost 5 am this morning, and I've been working on a policy final for the past couple hours.

I hope everyone is well!