Well, it's late at night and I can't sleep (I'm going to see Age of Ultron in the morning, so I a tad over-excited). So let me fill in another gap on the COMC spending spree.

This post is about three cards. But all three are additions to my 2010 T206 American Caramel Auto Project. 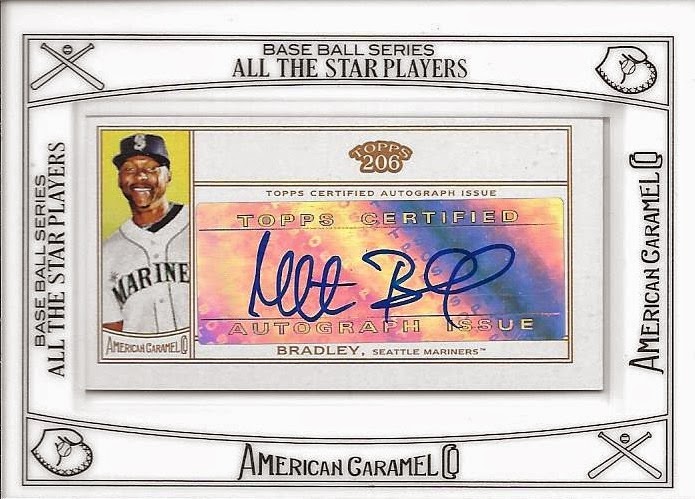 First up is the Milton Bradley auto. He has a bad reputation (and rightfully so), but he was an All Star his one year in Texas. I liked him as a player, but his off-field behavior shortened his career. 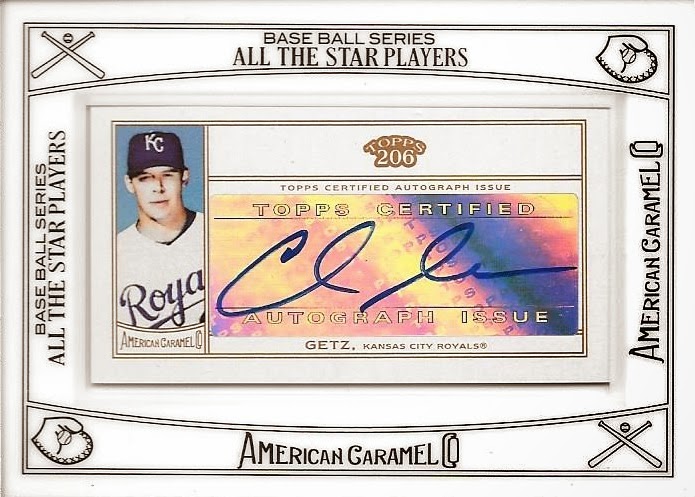 Chris Getz. I remember the name, and I knew he played for the Royals. That's pretty much all i knew about him, though. 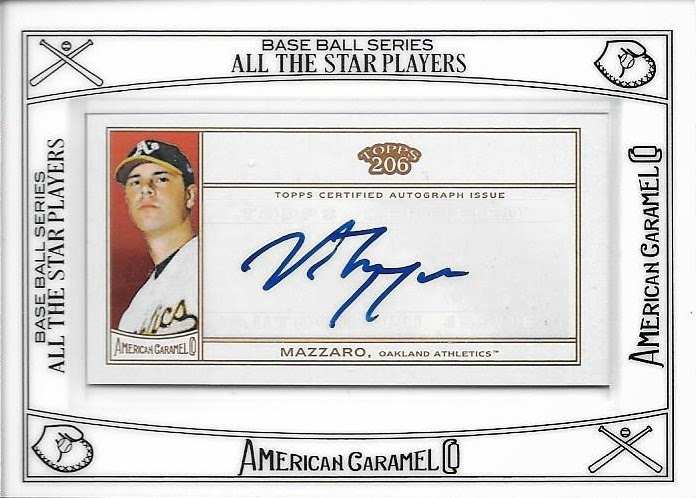 Lastly, Vin Mazzaro. That's the extent of my knowledge of him.

There you have it, an extremely brief post. It's the best I can do right now.
Posted by J. Meeks at 11:40 PM