I've been squirreling away spare pennies ("squirreling away"? I sound like my grandparents...) whenever I can. When I first saw the design for 2015 Bowman Inception, I fell in love with it. I finally pulled the trigger and bought myself a box, knowing full-well that I was most likely spending a good chunk of change for $20 in cards (if I was lucky).

Each box comes with four on-card autos and one auto relic card. There are multiple parallels for each card. My box was filled with a lot of base. 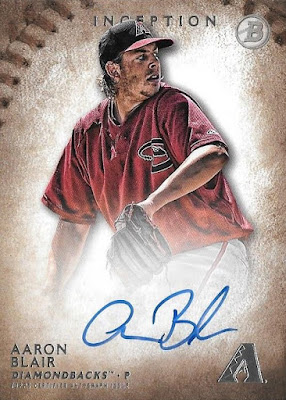 Aaron Blair. Never heard of him, but the card says he was the DBacks' Minor League Pitcher of the year last year and has/had a sub-2 ERA. Okay then. 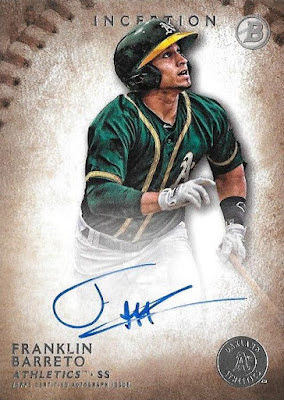 Franklin Barreto. Heard of him, but don't know much. I know he was in the Toronto farm system last year, and I can't remember exactly what deal brought him to Oakland. 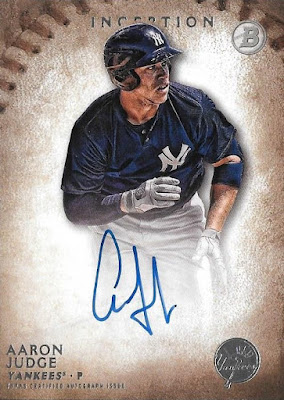 Aaron Judge. What is a Topps product without a Yankee, right?!?! Regardless, this is probably the best card in my box. Judge is a big dude that has a helluva bat evidently. 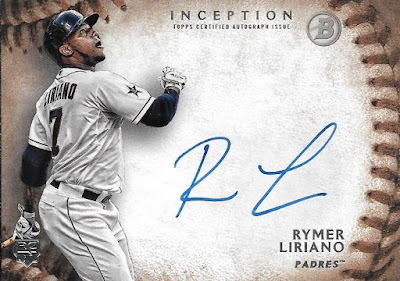 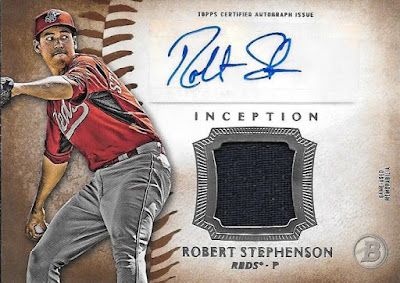 Robert Stephenson. Never heard of him either. Seems to be a common theme.

So that's it for my Inception box. Nothing terribly exciting, and I'm happy to trade any of these away for Rangers autos!
Posted by J. Meeks at 2:00 PM