A Gift From Gavin

Last week, I got home and noticed that I had an unexpected package in my mailbox. Not knowing what to expect, I pulled it out and quickly saw that it was from none other than perhaps the most creative man in baseball blogging, Defgav, a.k.a. Gavin, from Baseball Card Breakdown. Gavin is one of my favorite bloggers because he always seems to have an incredibly unique point of view when he writes about cards, and I always learn something when I read his posts.

Gavin was kind enough to send some cardboard my way for the holidays, all fo which I needed and am grateful to include. Let's take a look. 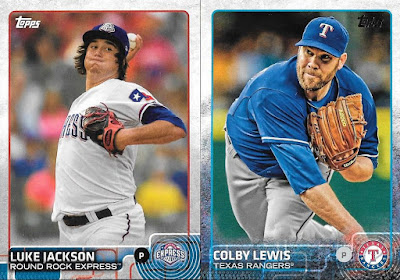 First up, a Luke Jackson base from 2015 Opening Day and a Colby Lewis base from 2015 Update. I love both of these guys. I'm stoked the Cobra signed another one-year deal to return to the Rangers, though I wish they would have given him at least two years. Jackson was the centerpiece of one of my old PCs, and I wish I was still working on it. The kid is a heckuva pitcher, has amazing hair, and has an amazing relationship with his faith. 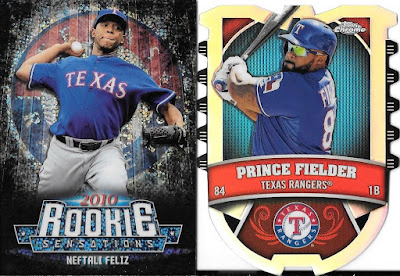 Next up, a Neftali Feliz Rookie Sensation insert from '15 Chrome Update and a Prince Fielder insert from '14 Chrome. I really wanted to love Feliz. He had an amazing fastball, but he just never seemed to care. Once he started getting rocked, he just didn't have that bulldog mentality to fight back so he just gave up. Fielder, on the other hand, essentially took 2014 off to recover from neck surgery. Evidently, that's what he needed, as he was a key addition to the Rangers playoff team from this past season. Stoked to have him back to somewhat normal. 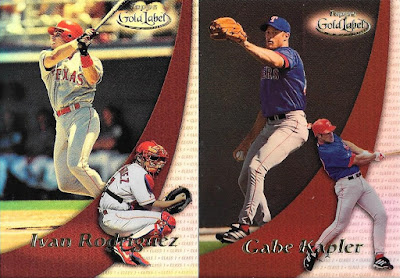 Also included were these two Topps Gold Label cards, which I have never heard of. However, they are beautiful! Can't go wrong with a Pudge card, and it's nice to see a card of Kap as a Ranger. I think most people forget that he played here. 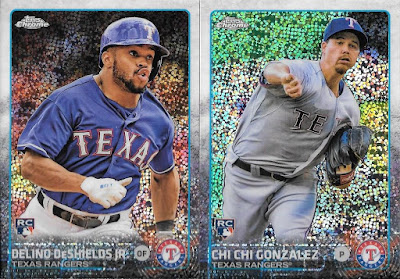 I've been eyeballing these two cards on eBay for a bit now. Fortunately, I have yet to pull the trigger on wither of them. Gavin must have known....These are what I believe are called "pulsar" refractors, at least that's what it seems everyone is calling them. DeShields quickly became one of my favorite Rangers. The dude can fly. Sadly, a bit before the Rangers selected him in the Rule 5 Draft from the Astros, I traded a printing plate of him that I pulled to Bru over at Remember the Astrodome. It is one of the few cards I traded away that I wish I would have kept. Then there's Chi Chi....everytime I say his name I giggle a bit.

Perhaps that best part of the entire package was the quick sketch and card Gavin included: 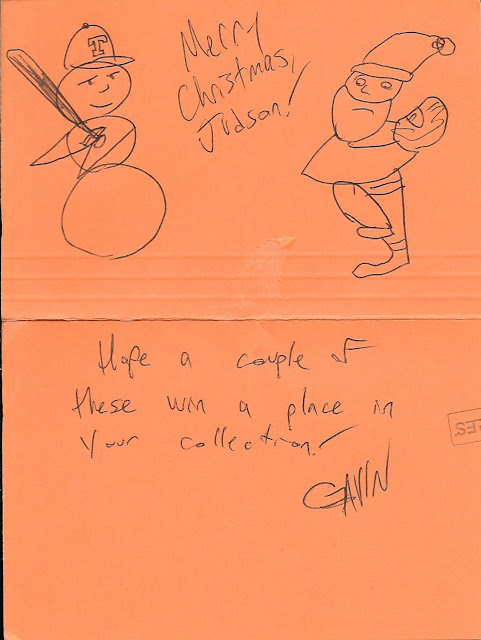 I got a good laugh, and I have already put the card into a larger toploader (made for magazines). I truly appreciate the cards and the thoughts Gavin. I am putting something together to send back your way, but it may be after Christmas before I have it all. Thank you again, my friend.
Posted by J. Meeks at 10:00 AM