I know I'm a few days late with this, but it's time to put a bow on 2015. I went home for a couple weeks and decided to lay off social media, so this post didn't get put together before the end of the year.

2015 has by far been the worst year of my life. That's really saying something, because 2014 was pretty bad. But, that's life, and I made it through.

Anyway, I had five cards on my top 5 for 2015 and managed to pick up 4 before I went home for the holiday. I was a bit bummed that I didn't get the fifth.

Yesterday when I got home, I had a Christmas card from Brian of Play at the Plate. I always get excited when I receive something from him, because I know that as a Rangers collector, he's going to send me something I really like.

The card had two pieces of cardboard inside. Here's the first: 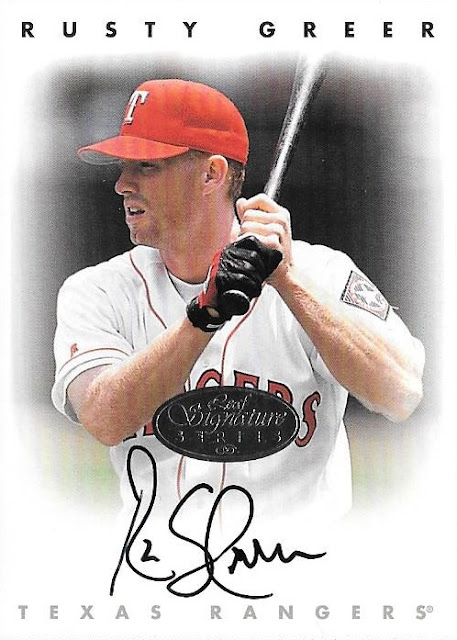 I'm still working on my Greer PC, though at a snail's pace. This card is beautiful! I really like the older Leaf designs. They always seemed sleek and classy to me. This one is no different, and I'm glad to finally have a copy!

However, the second card is the one that really took the cake: 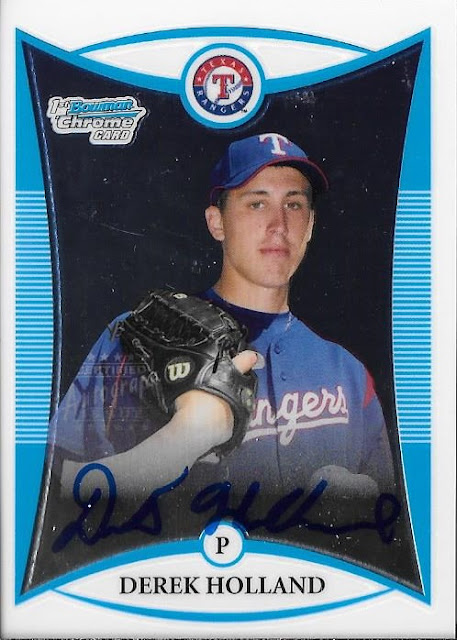 This is the 2008 Bowman Chrome Derek Holland base auto, otherwise known as card number 5 on my 2015 Top 5 Most Wanted List! I'm certain that I received it before January 1, so I am going to consider my 2015 list completed!

Thanks Brian, I have some things to send your way soon!
Posted by J. Meeks at 9:06 PM