"My Mom Threw Out My Cards"

It seems the origin of the greatest collecting horror stories begin with, "My mom threw my cards away..." This is semi-true for me. My mom didn't throw out my cards. I left my cards with my grandparents, because they are the ones that helped me collect when I first got into the hobby a long time ago.

However, my grandfather's mother did throw out his cards, the night he got married and moved out of the house. I've heard the story millions of times, but, in short, here it is for you: he gets married and he and my grandmother move to a small cabin at the back of the ranch (this is the late 50's - my family has always lived on this ranch). A couple of days later, he comes to his parents' house for breakfast before beginning work with his father training horses. He notices that his room is completely cleaned out, and his entire collection of cards - including some Mantles and Ruths - are gone, thrown in the garbage...which is already gone.

My heart breaks every time I think about it.

Why do I bring this up? Well, when I posted about my collecting goals for 2016, JayP, the great mind behind Cards My Mother Didn't Throw Out commented that he would like to help me out. And help out he did!

He sent a huge stack of cards that will be more than useful for my Rangers Team Set Project, but he also sent a few cards that nailed some spots in my player collections. 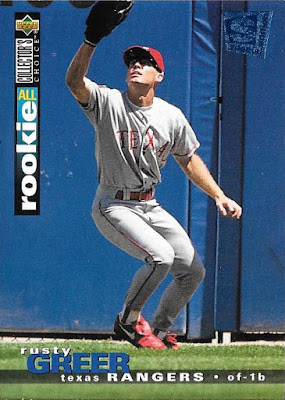 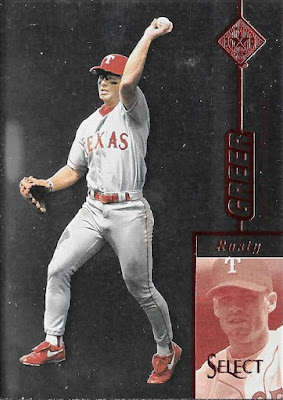 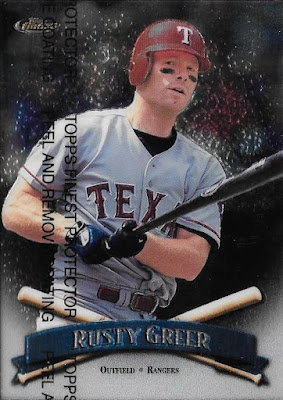 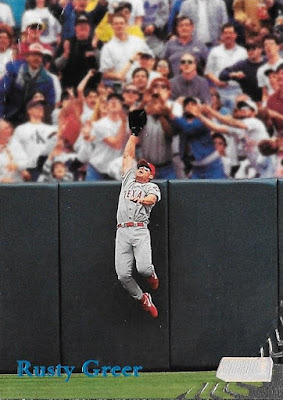 First of all, these are all awesome cards. However, how badass (pardon the language) is the last card?!?!?! It hails from 1998 Stadium Club. I can only hope that he caught that ball...being a road game, you know he got booed to high heaven if he did! Amazing shot!

There were also a couple other cards in the package that fit into a player collection I have been thinking about starting: 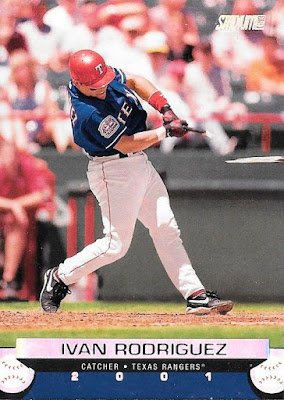 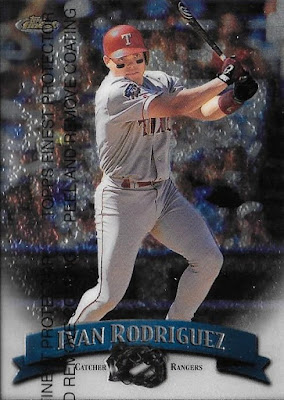 PUDGE! These from Stadium Club and Finest. Both cards are beauties, and there's just something awesome about older Chrome cards with the film still intact!

Thanks again, JayP! I love the cards and can't wait until our next trade!!!
Posted by J. Meeks at 9:31 PM