It has been almost two weeks since I posted about my last Topps NOW purchase: cards for Adrian Beltre's 450th home run and his feat of being the 21st player in MLB history to reach 5,000 total bases.

Chris, a.k.a. The Collector, asked in the comments of that post if I had the Topps NOW card for Beltre's 3,000th hit. I had ordered it, but did not have it at the time. 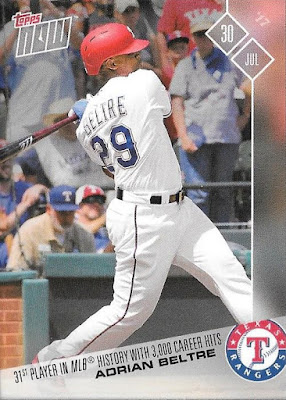 As much as I usually love the images chosen by Topps for the NOW cards, this one just seems boring to me. I don't think that's necessarily Topps' fault - there is only so much you can show to represent a hit. However, the images on the reverse side of the card are far better: 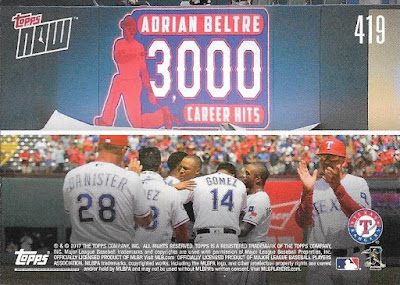 Once play stopped for the crowd to recognize Beltre, his kids ran from the stands all the way to the outfield wall to uncover this logo the Rangers had prepared for the hit. The bottom images show Beltre's teammates coming out to hug and congratulate him on the accomplishment. I love both of these images, and I think it would have been awesome to have the second (bottom) image on the front of the card and the first (top) image on the back. But that's just me.

I believe this is the fourth Topps NOW card that I have purchased this year. I hoped they would put the following image on a card - it is just begging to be put on cardboard - but it didn't happen. Hopefully it will someday! 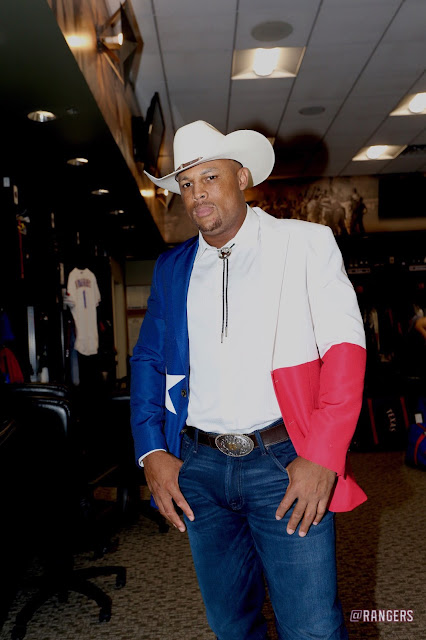