The Luke Jackson Pursuit Expands Into A PC

A few weeks ago, Bru of Remember the Astrodome fame, contacted me about trading for a Delino DeShields printing plate I pulled from '14 Bowman Platinum. We worked something out - I was a bit picky with what I wanted in return, but Bru was more than accommodating - and just like that, my Luke Jackson pursuit morphed from a rainbow collection to an all-out player collection.

This is the card that I received in return: 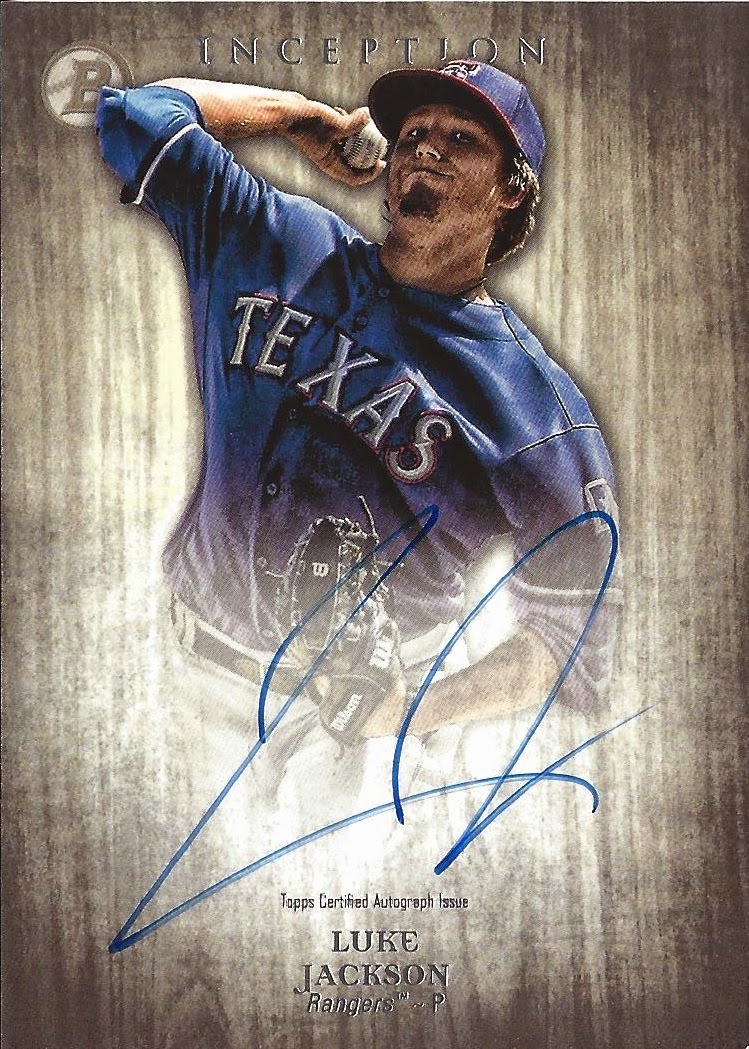 A 2014 Bowman Inception Luke Jackson base auto. It's a beautiful card. And guess what? Inception has parallels. And you know how I feel about parallels. So I went to eBay and added a couple more parallels: 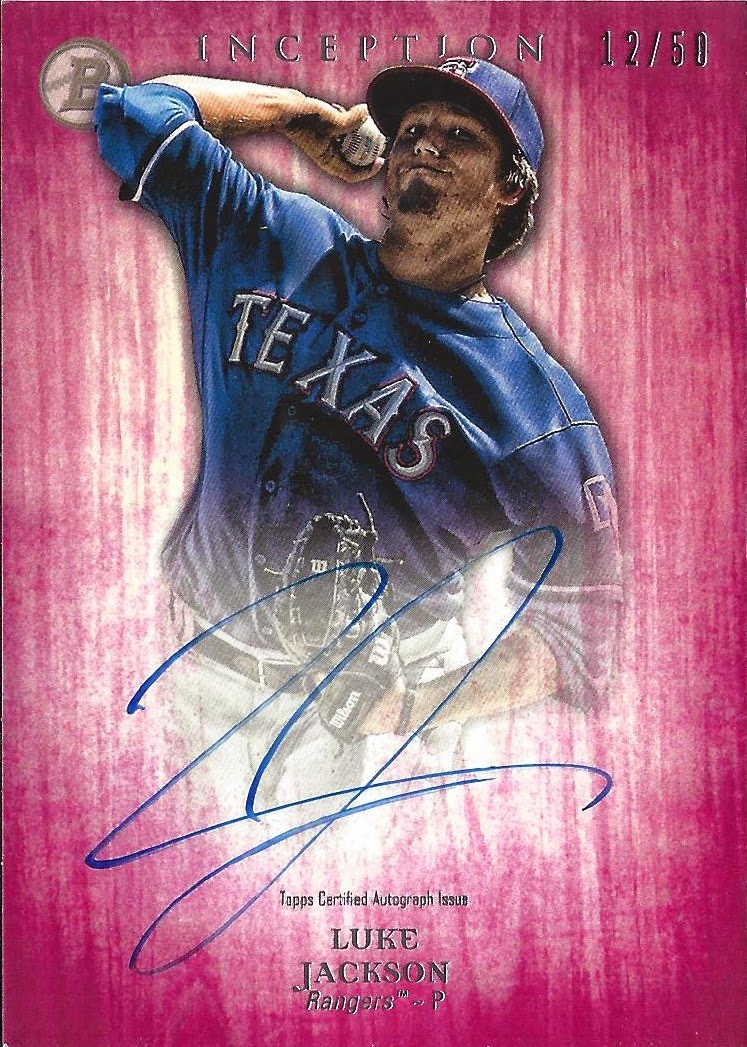 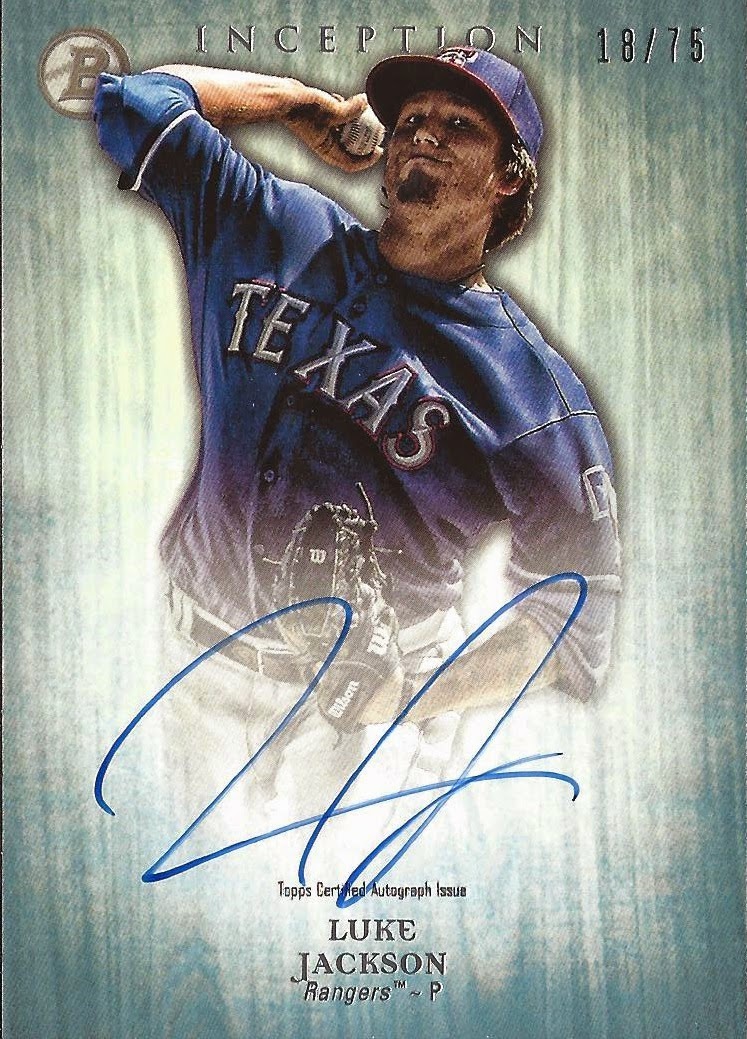 The pink and blue parallels, numbered to 50 and 75, respectively. Sadly, that wasn't enough. I visted COMC and came away with a few more cards: 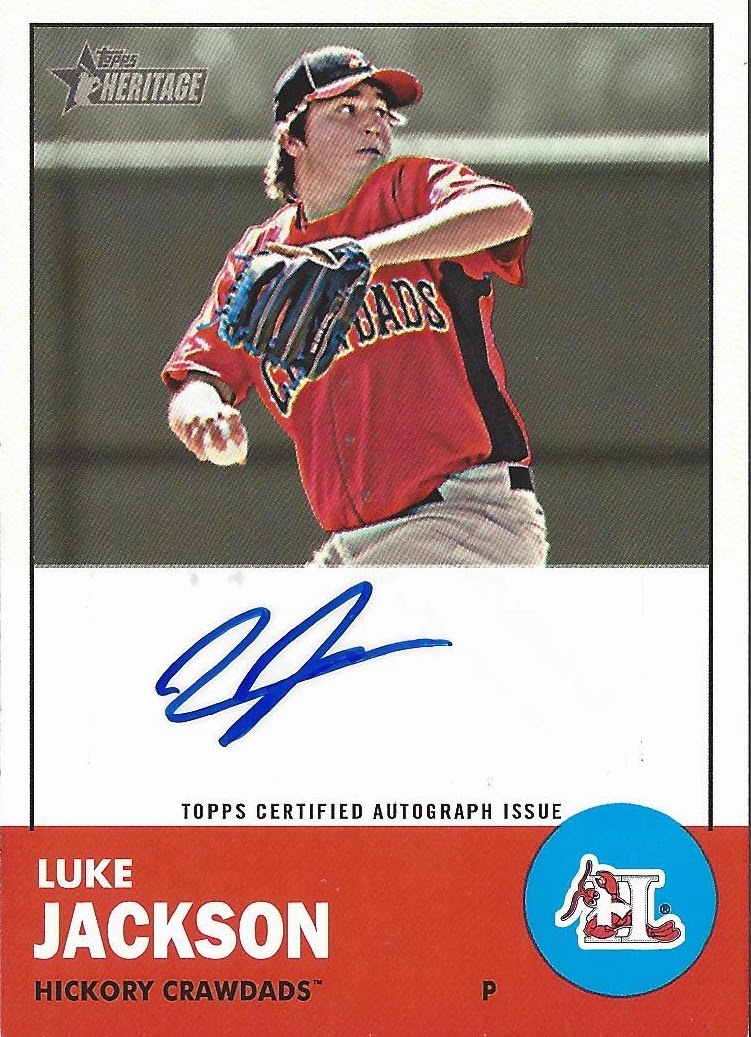 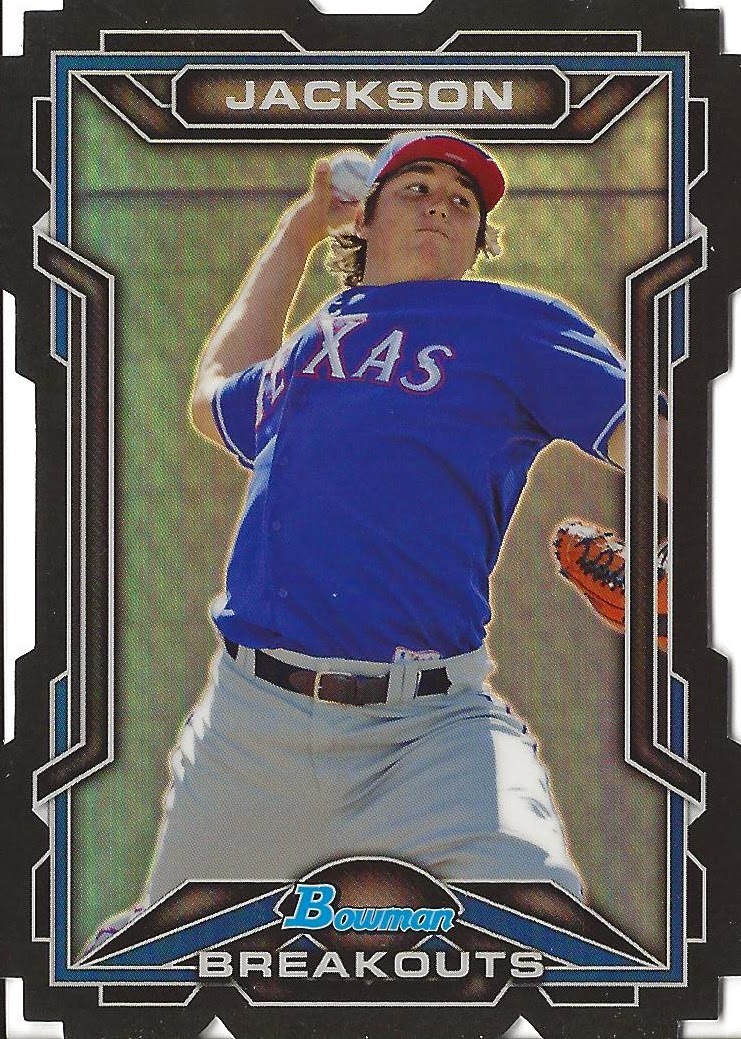 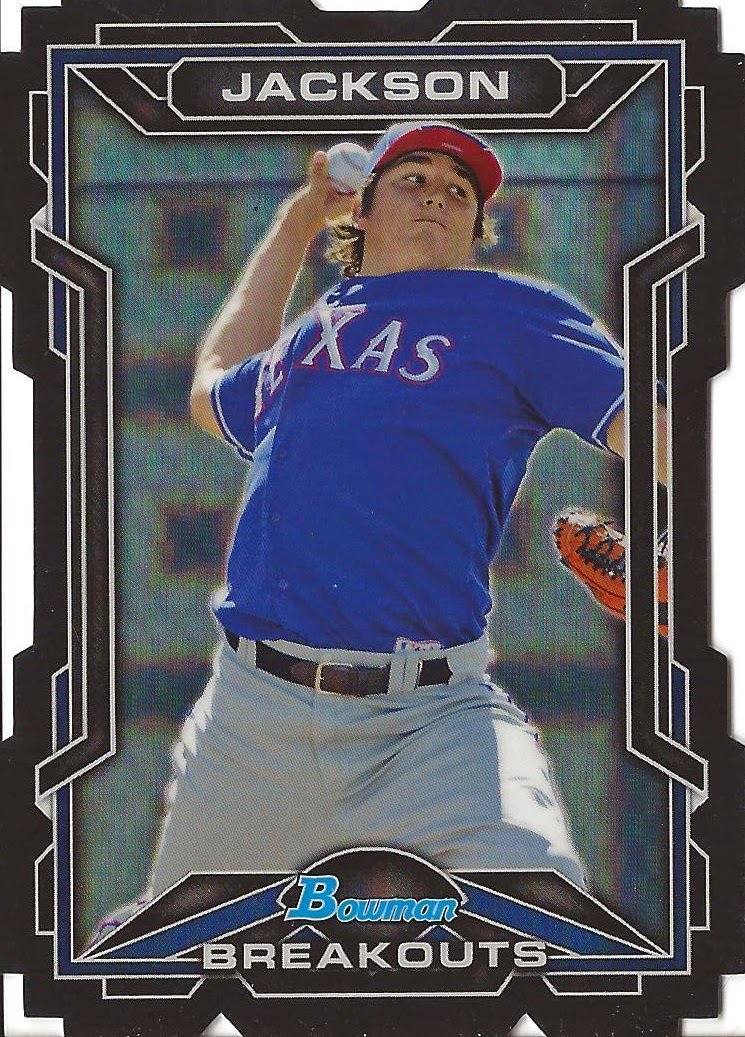 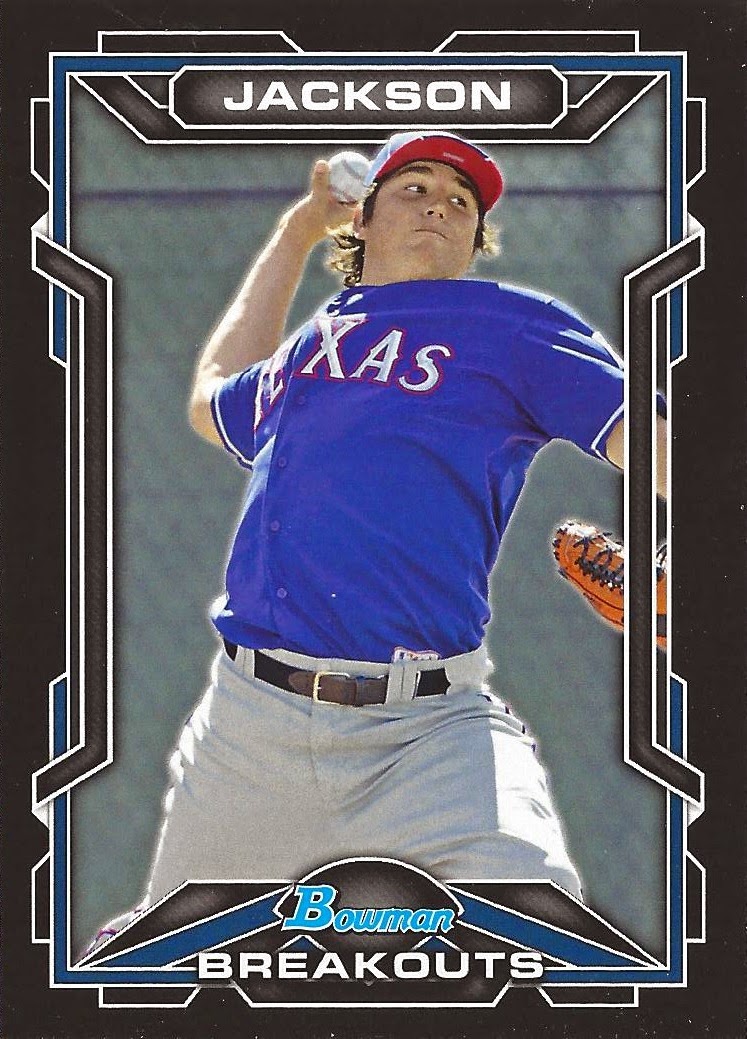 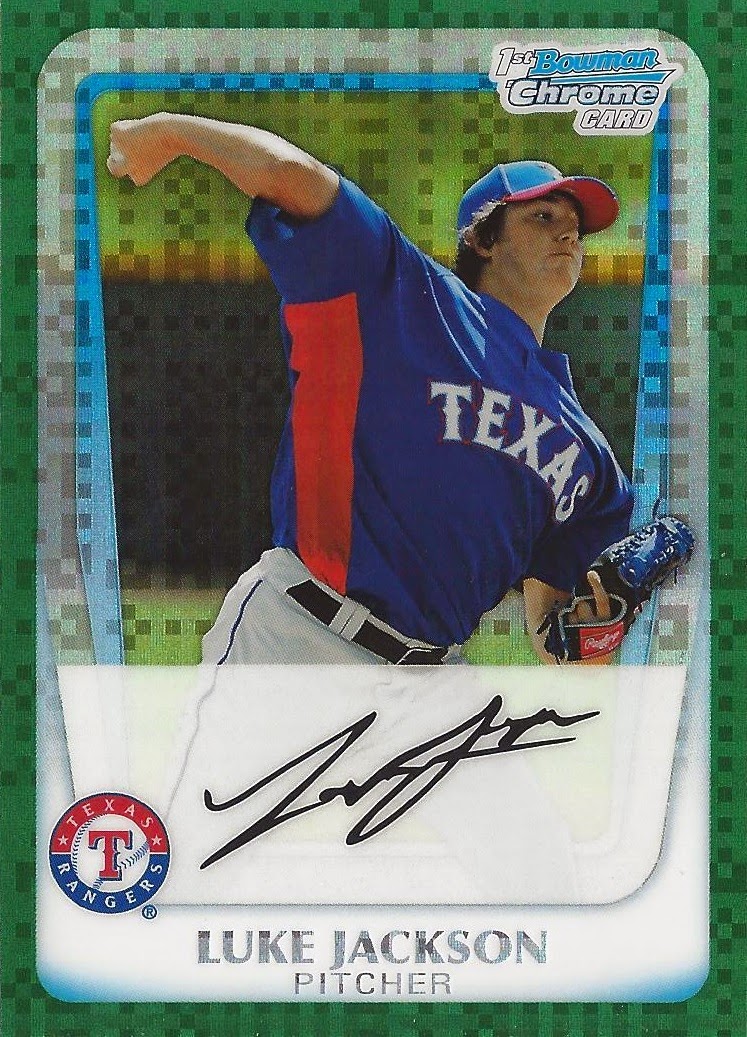 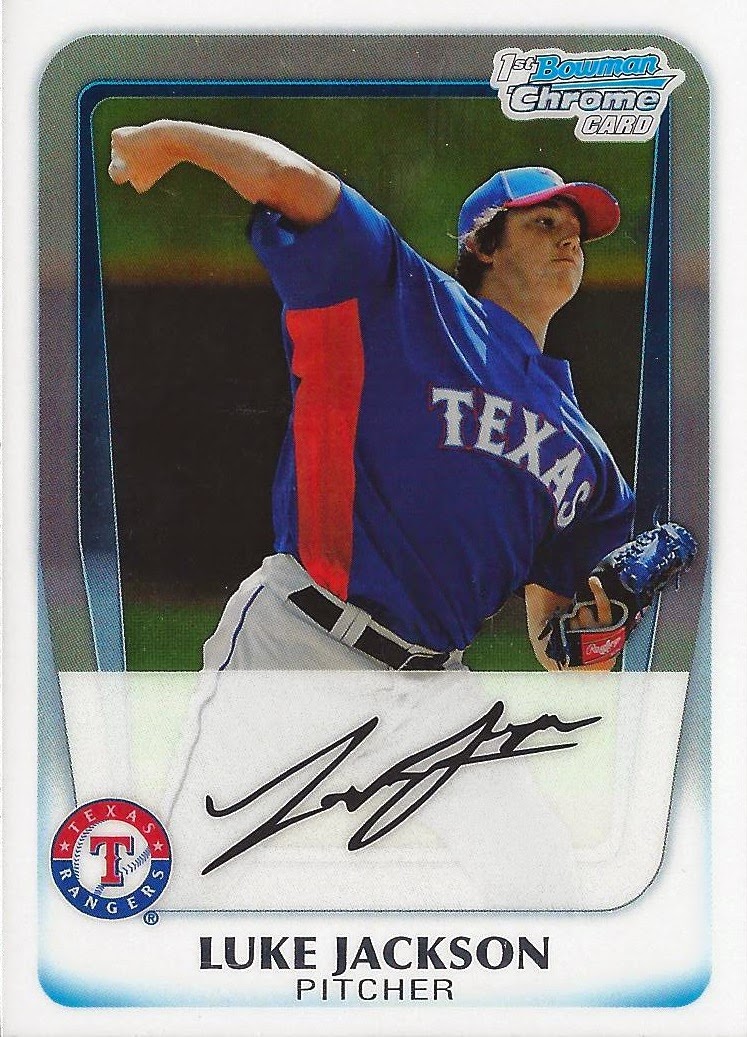 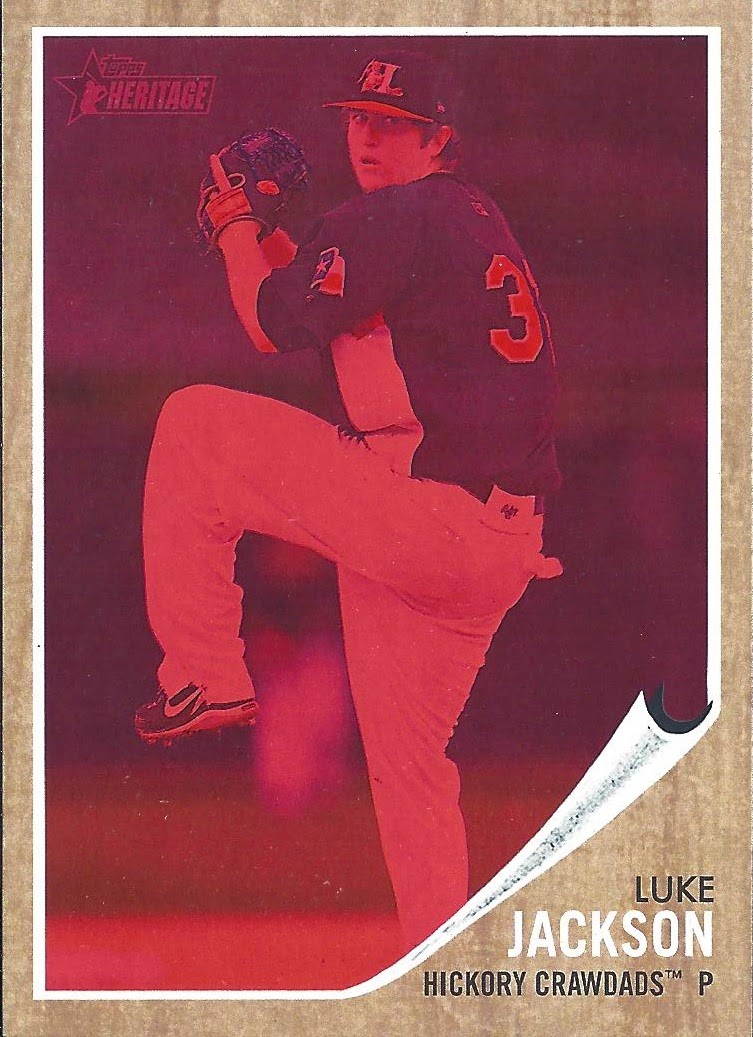 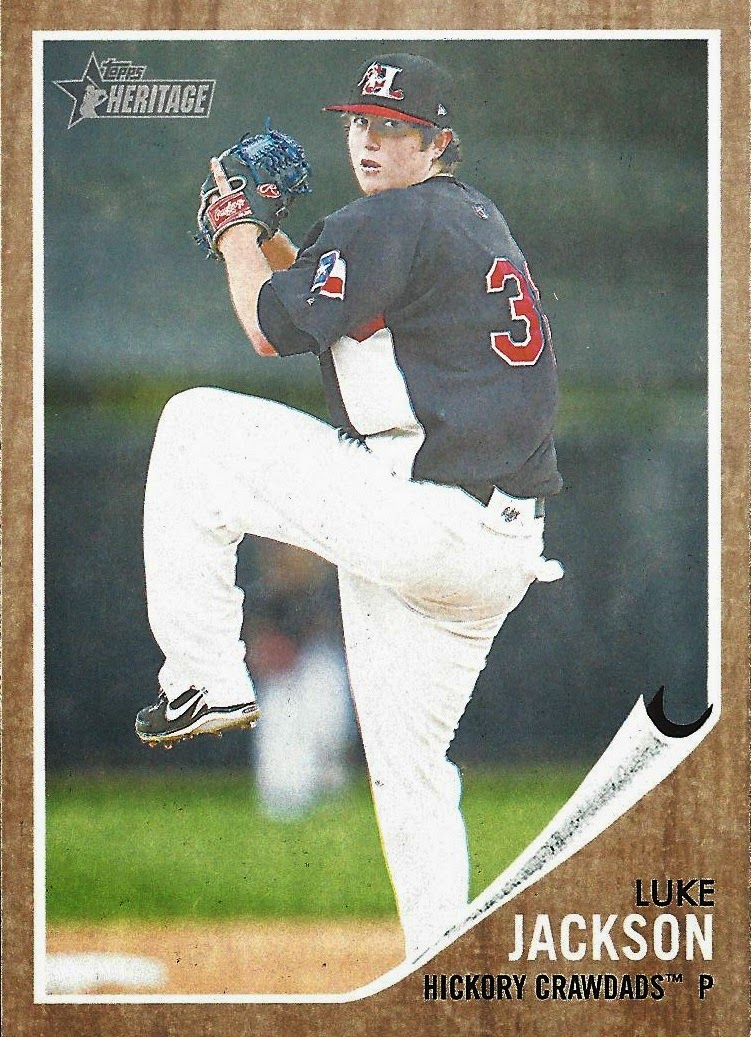 There's a variety of stuff there. Multiple years of Topps Heritage Minors (including a red tint parallel, some die-cuts from 2013 Bowman Draft, and even some 2011 Bowman Chrome.

I even ventured back to eBay to buy a card that I had never seen before: 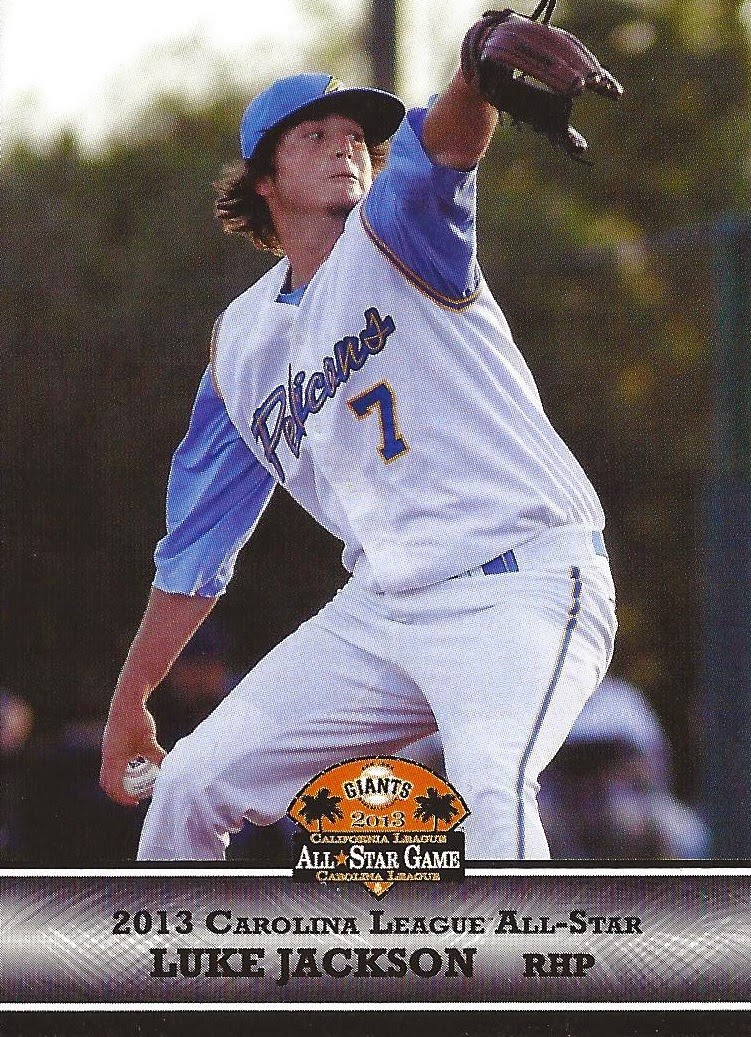 A 2013 Carolina League All Star card, produced by Grandstand Cards. Never heard of them before, but the card was a buck. Deal.

So, there it is. Thanks to Bru, my simple OCD has turned into a serious problem. Well, not a problem. Cardboard is never a problem. But my Habit is definitely getting worse!
Posted by J. Meeks at 11:16 AM