My scan folder is getting full. I've been pretty bad about scanning cards and not cropping them or sorting them, much less posting them. So let's knock a few out. 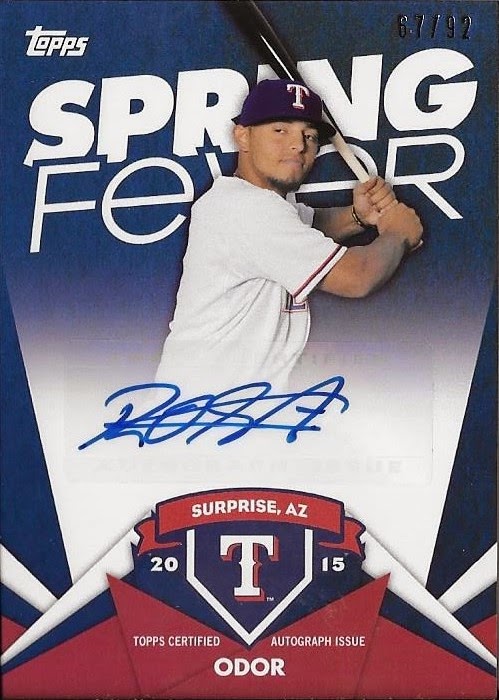 Isn't this card beautiful? Perhaps I'm biased (as if that's really questionable), but the red and blue really work for this card. Add in the fact that it's a Roogie auto that I picked up for less than four dollars, and the card is even more awesome. I'm seriously thinking of PCing Odor now that Jackson has moved on. Some of his cards can be pricey, but I really like him as a player, so I may see where it goes.

The next few all fit nicely into my Harry PC. 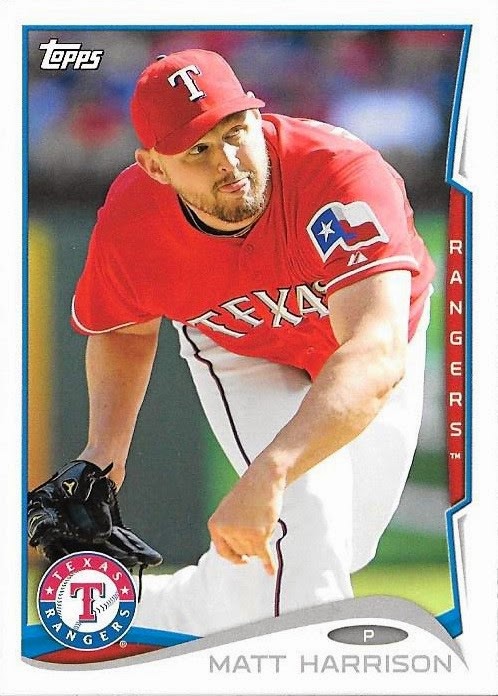 First, I grabbed this card. It looks like the generic base card from 2014 Topps, but it isn't. Figure out what's different? I'll give you a few seconds.............Okay, time is up. This is the team set card. Notice the lack of foil in the name, the wave, and the Topps logo at the top. All I need for the rainbow now is the acetate parallel numbered to 10 and the platinum 1/1. Here's the 2012 black parallel. I've seen this card on eBay a few times, and it seems like it is always listed at some ridiculous, astronomical price. This one was listed at 99 cents (I believe) and I was the only bidder. Pretty sweet. 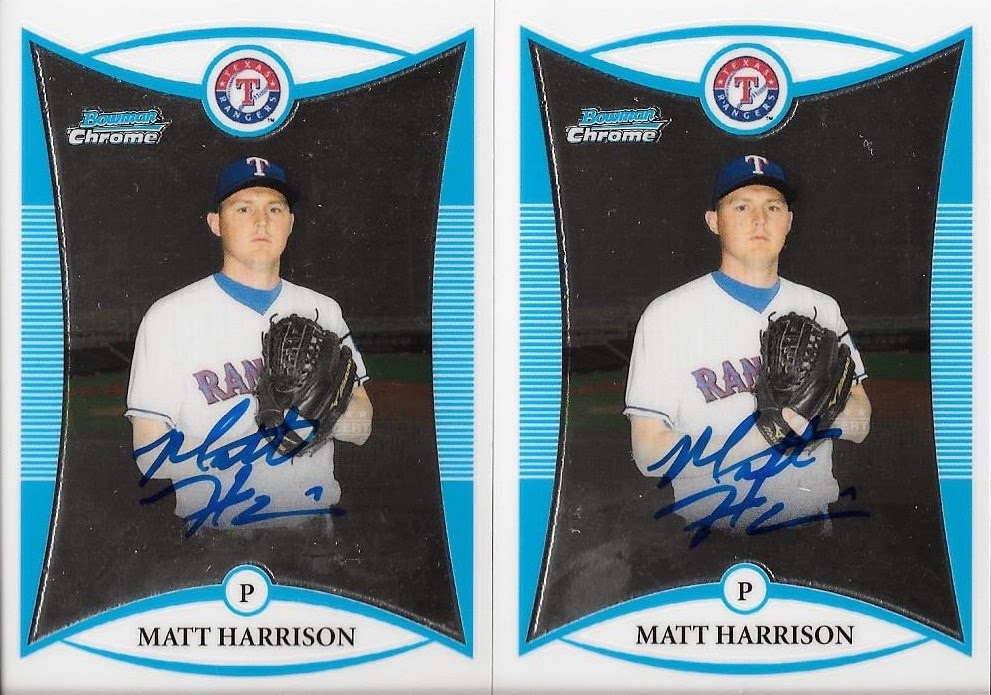 Okay, so I already have this card. It's the 2008 Bowman Chrome auto. I snagged this lot of 2 for a whopping $3.24 cents. I have no interest in having duplicates of non-auto cards, but when it comes to autos - especially Bowman autos - it's hard for me to say no. Especially when I get two for less than $5. 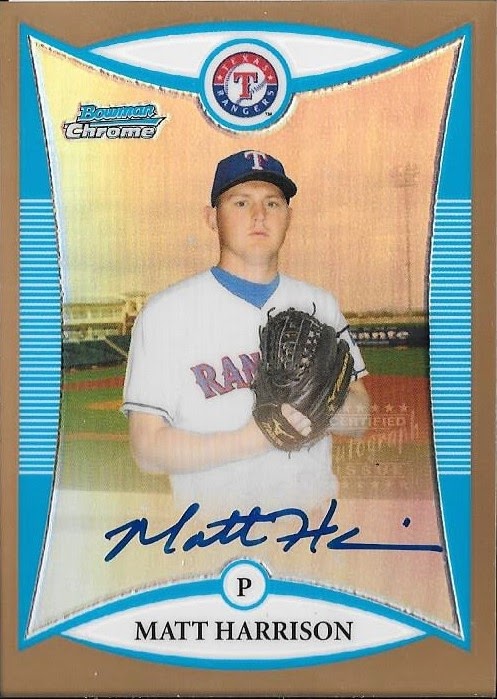 Speaking of 2008 Bowman Chrome autos, here's Harry's gold parallel, numbered to 50. This one wasn't terribly cheap. It cost me just more than $20, but it was the first one I've seen on eBay, so I debated with myself about how much I was willing to spend. Fearing that I wouldn't see another one for a while. I set my limit at $25. They nearly got every penny of that limit, but I cam away with the card. It's quite a beauty, but definitely different than the current gold parallels.

So there's the lowdown on my eBay purchases over the past few months. Nothing terribly exciting, but I love them all. I've realized that my Harry PC is probably my favorite of the bunch, with his cards being relatively cheap and there being enough cards to get that I'm not experiencing any kind of lull. Be sure to check out my PC page to see if you have any of the cards I need - I'm especially lacking some of the older cards.

Hope you all are having a great weekend!
Posted by J. Meeks at 9:00 AM