Adding More Pieces to the 1969 Puzzle

Before I left for Minneapolis, I received a card in the mail that is, in my eyes, a significant piece of the 1969 Topps set that I am working on. It isn't a rookie card, it isn't an All Star card, it isn't even a card of a future Hall of Famer (but you can blame that on Bud Selig)...but it is a card that I am excited to have: 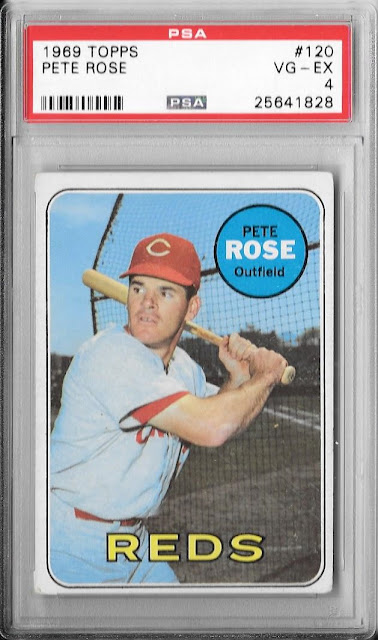 I snagged this PSA 4 Pete Rose for my set. I really love this card. I can't really explain why, but I do.

Before I received this card in the mail, I was able to add my first Mickey Mantle to my collection, also part of the 1969 set: 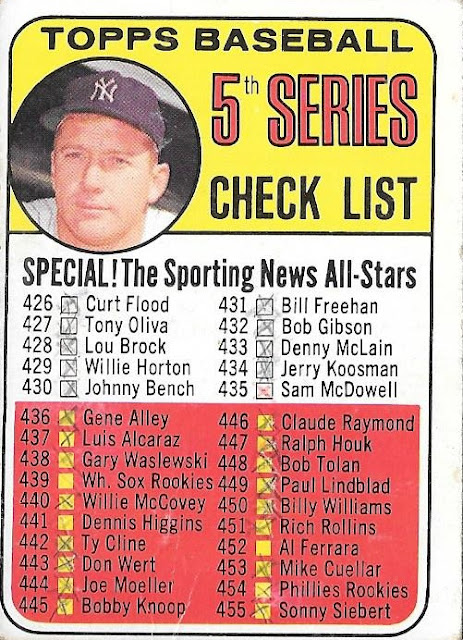 Okay, so it isn't the Mantle from the set (which is the lone remaining card on my 2016 Most Wanted list), but it's a '69 Mantle nonetheless. I'm sure you've noticed that a previous owner used this card the way it was designed to be used. The checked boxes aren't limited to the front, however: 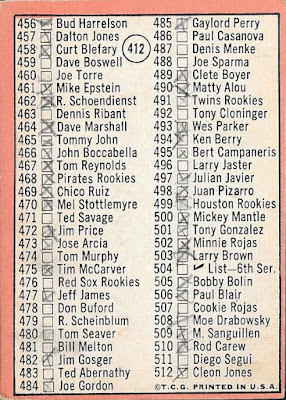 The previous owner also marked the back. A little while back, I posted about the '69 Bob Gibson PSA 1 I added. In that post, I noted that I love the card because it was well-loved. I could imagine a young kid pull the card from a pack. I do the same with this card. A young man working feverishly to collect all of the cards on this checklist and patiently checking off each card as he acquired it. I love the history this card represents.