Eric Nadel has been the radio voice of the Texas Rangers for 35 years. He called Nolan Ryan's 5,000th career strikeout, the Ranger's record 30-run game in Baltimore in 2007, and, most importantly, the strikeout of Alex Rodriguez to send the Rangers to their first World Series in 2010. In December of 2013, Nadel was honored by the Baseball Hall of Fame as the 2013 Ford C. Frick Award winner.

How do you honor a man who is already in the Ranger Hall of Fame and the Baseball Hall of Fame?

You make a bobblehead in his likeness, of course! 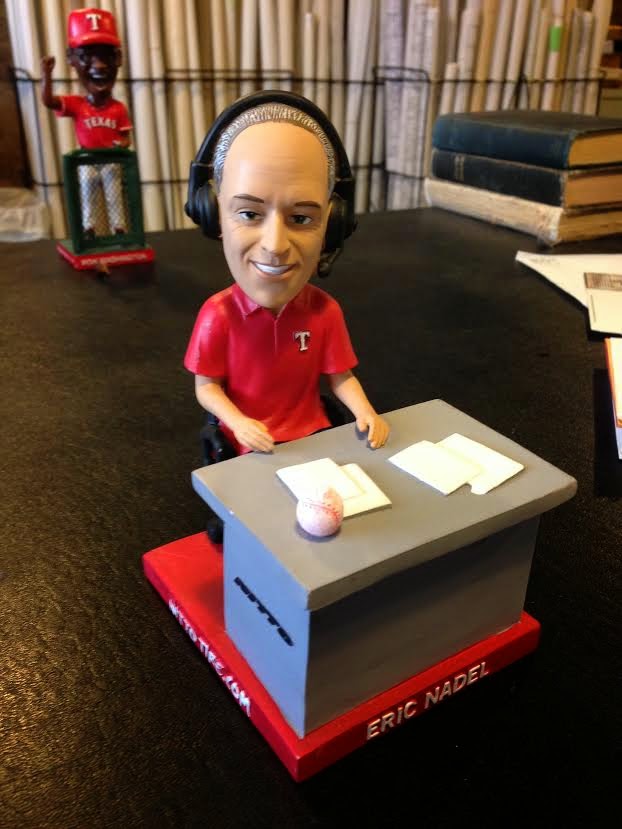 How do you make an already-awesome bobblehead even more awesome?

You add audio of the aforementioned strikeout to the bobblehead! Simply push the baseball back toward Nadel and you will hear the first 15 seconds of this video:

This is the third of five bobbleheads the Rangers will be giving out this year. I missed the first giveaway (an Yu Darvish bobble), but grabbed the second (Prince Fielder) back in June and this one this past Saturday.

The Rangers lost (shocker), but I won. Not only did I get the Nadel bobble, I also bet my cousin he couldn't eat the two-foot long, two-pound-plus chilidog that is the Boomstick. 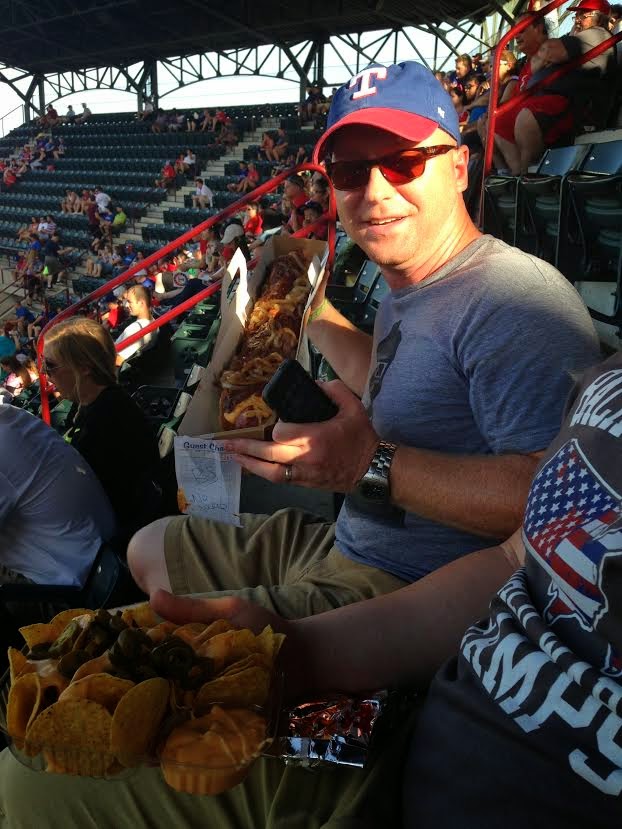 That's him, before taking a single bite. Little did he realize, this was a no-win situation for him. Even if he had been able to eat the dog in the allotted hour (he didn't), he would be absolutely miserable that night (he was). Double win for me!
Posted by J. Meeks at 12:35 PM