I feel like it has been a while since I posted any new cardboard. Part of that is because I really haven't bought anything (other than my hit-laden hanger boxes) lately, which means that I really haven't had anything to share.

But I have a few cards to share now.

Matt Harrison has been one of my favorite players since he cracked the rotation for good back in 2011. I'm hoping that the injury that ended his year isn't career threatening, but some say it looks that way.

I've noticed that I've been picking up his cards more frequently (but still not terribly often) recently, and I picked up two of them last week. 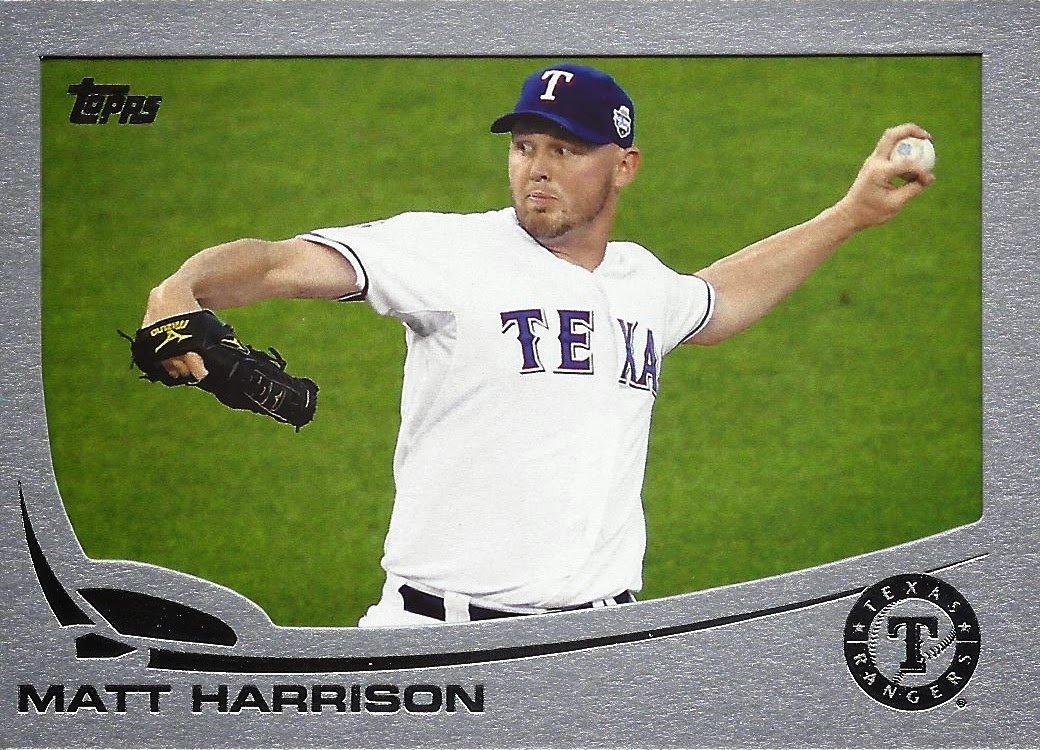 Here's his 2013 silver slate parallel, numbered 7 of 10. I love it. Rather than having a standard border that is colored silver, it is framed in silver (the silver part is taller than the image). Got this one for a steal.
\
Nest up: 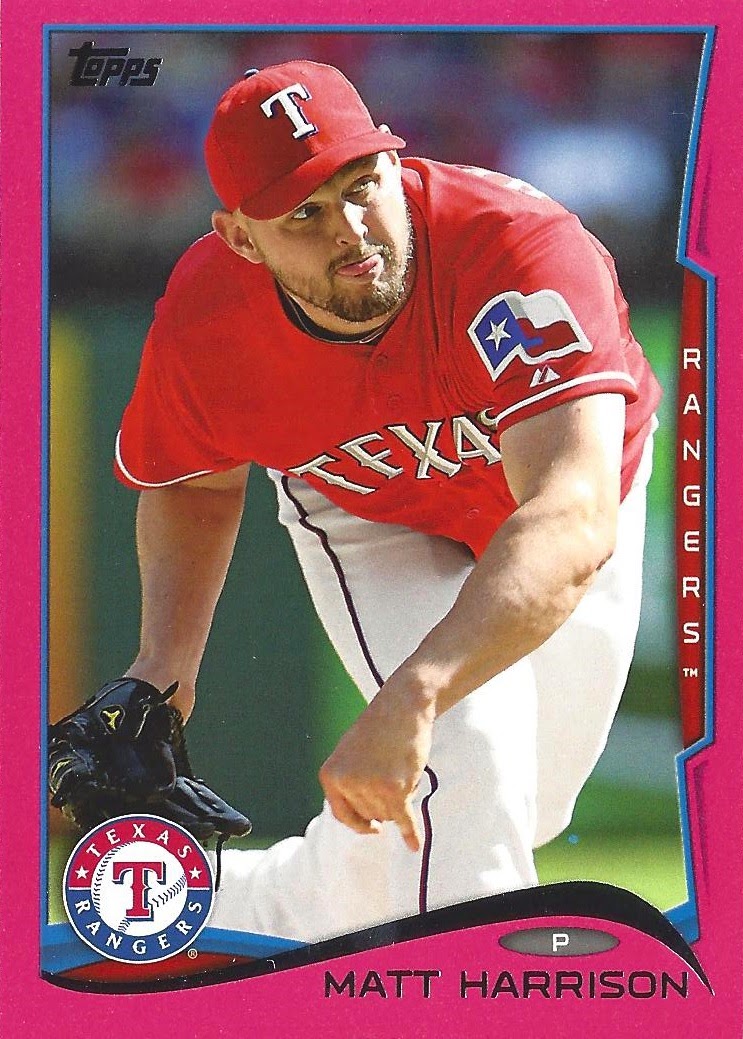 If you have any Harrison cards, feel free to send them my way!\

I couldn't have a post without mentioning my 2014 Bowman Luke Jackson project, right? I have a couple cards for it, too. 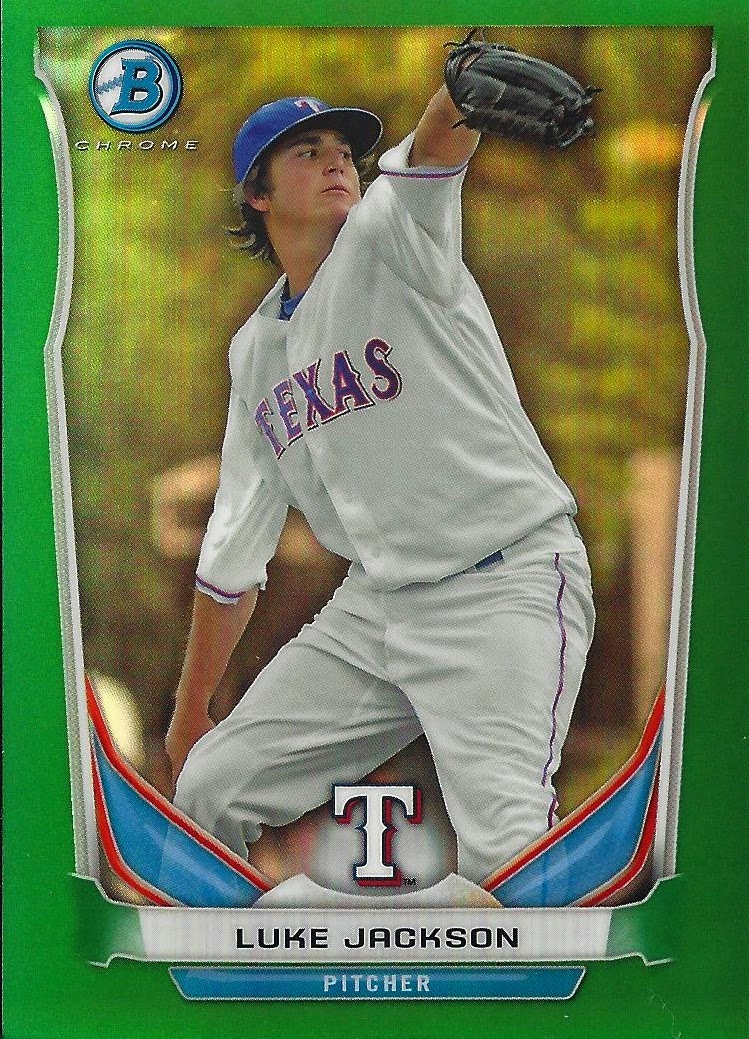 Here's a refractor of the green variety, numbered 9 of 75. I wonder what the green auto looks like? 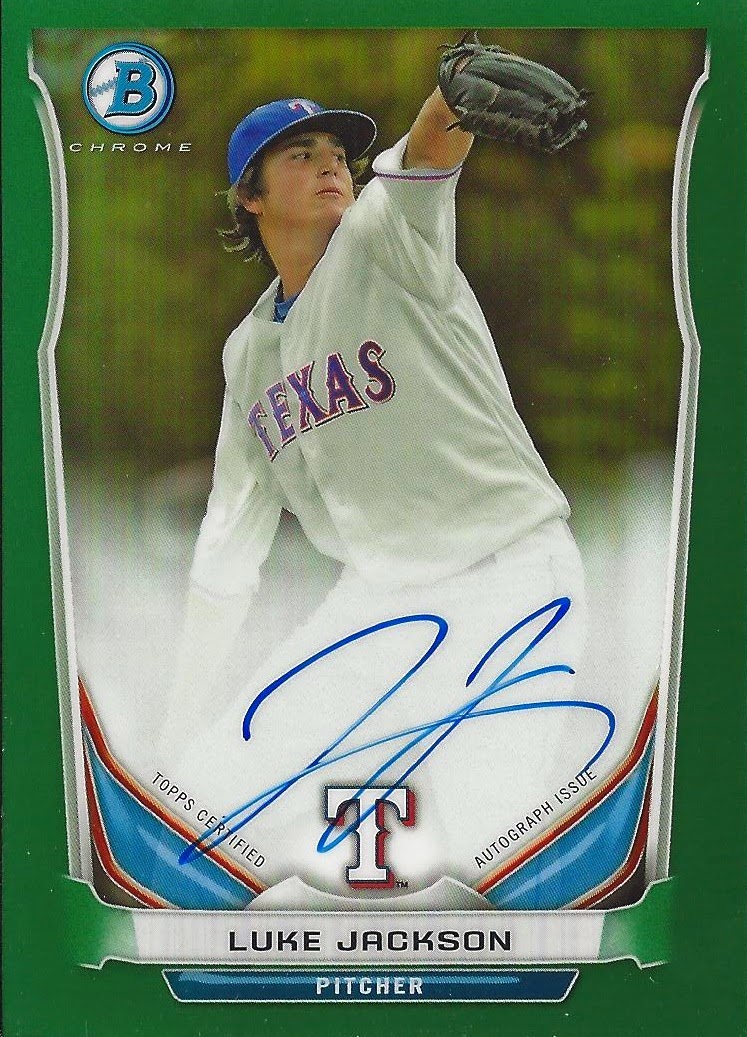 There it is! Brian, from PATP, got this in a group break and was kind enough to trade it to me. Such a stand-up type of guy he is!