I visited my new LCS today, Lone Star Sports Collectibles. It's a pretty nice shop. I bought a box of 2013 Bowman Chrome and 2014 Bowman. To say that I did pretty well might be a huge understatement.

Each box promises one auto per box. Both of my boxes had two. I wound up with four autos out of two boxes!!!!

Even more awesome: three of the four autos had color, the highest being numbered to 50. 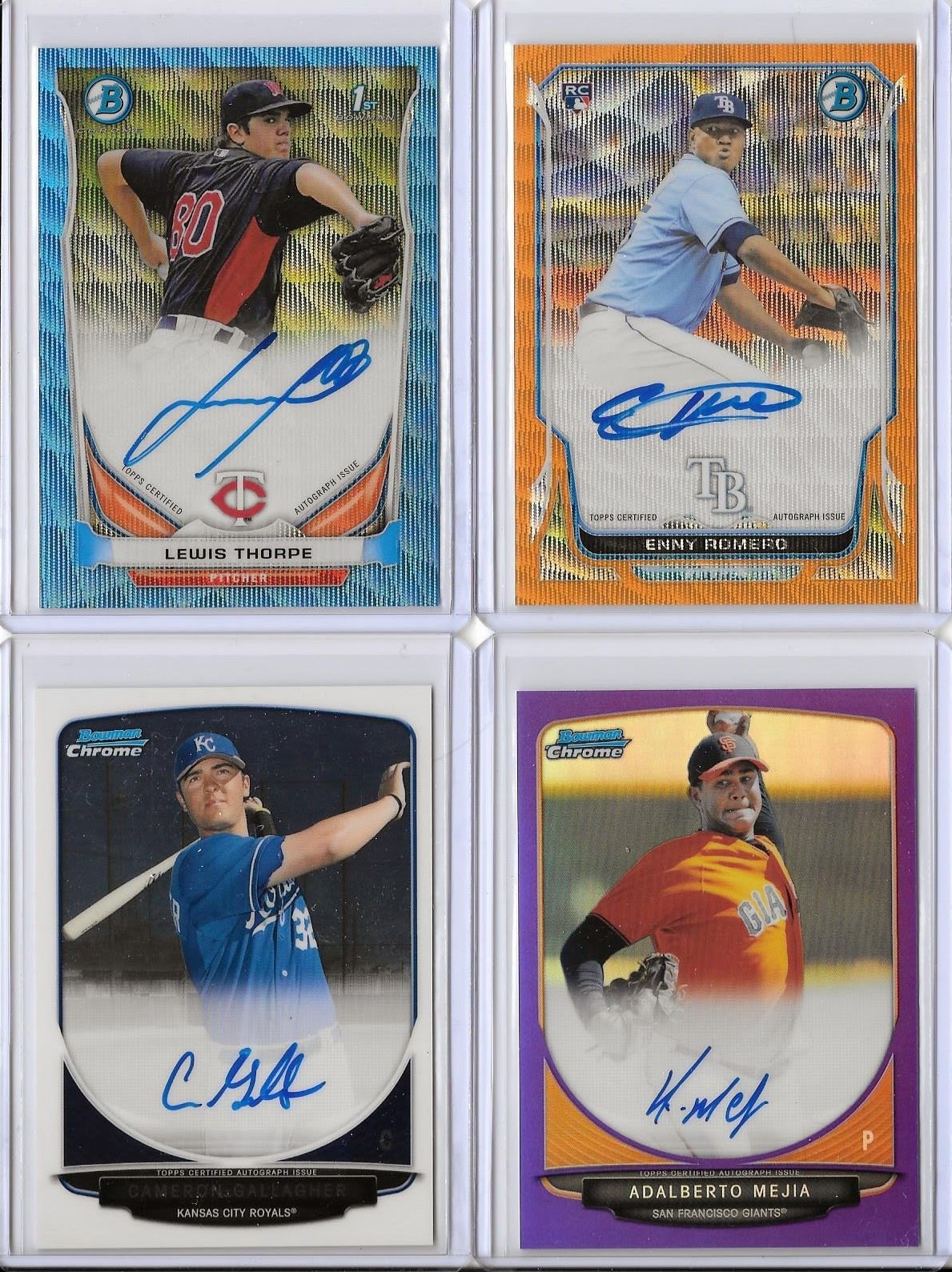 From the 2013 Bowman Chrome box, I snagged a Cameron Gallagher base auto. The big hit of the day is the Adalberto Mejia purple auto numbered 3 of 10!!!!

The Gallagher is up for trade, but I haven't decided on the others. Feel free to make an offer, but I don't want to make it seem like I am trying to move these guys.
Posted by J. Meeks at 10:17 PM