In case you haven't heard by now, Gavin, a.k.a. Mr. Baseball Card Breakdown and the blogosphere's current trendsetter, came up with a great idea last Friday: stick a card in your wallet, carry it with you for a year and take pictures of it in interesting locations.

I was down with Flat Stanley, so naturally I'm going to be down with this.

My biggest problem was going to be deciding which card to use for this Great American Experiment.

Well, that really wasn't a problem at all. I didn't want vintage because I wanted something in pristine condition so I could see just how much wear and tear my wallet would cause. I obviously had to choose a Ranger, and I had to choose someone I was a fan of. Hmm....bingo! 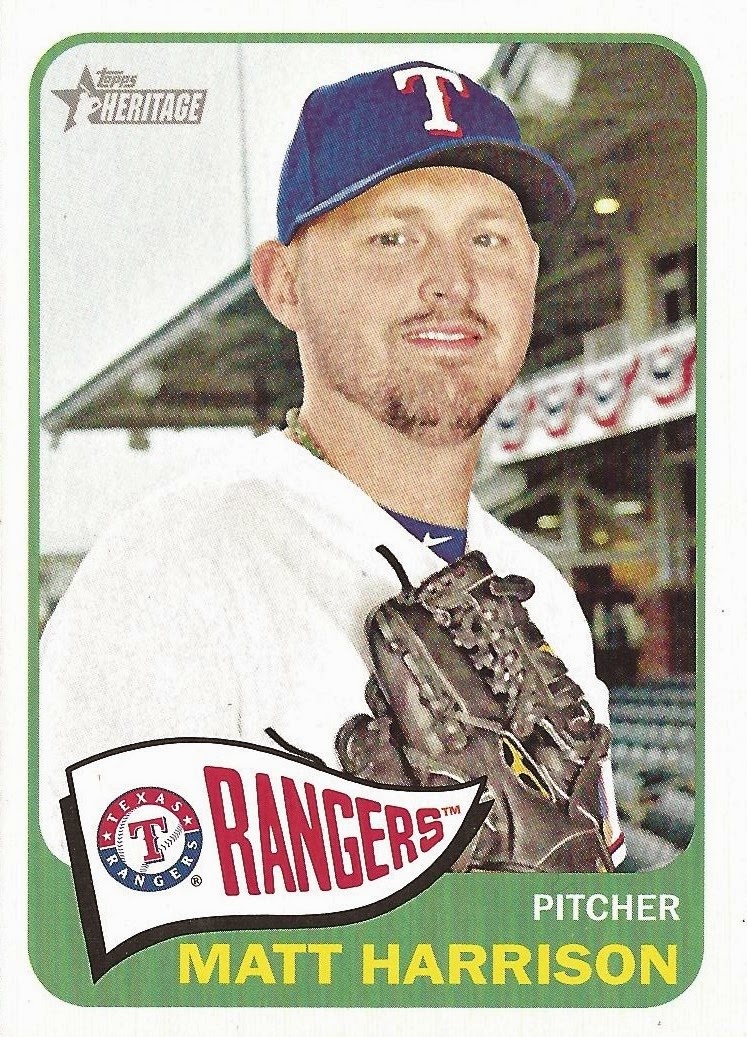 Let me introduce you to #WalletHarry!

This is the card that I will be carrying with me for the next year. Wallet Harry will be traveling with me as I start my new journey back in the world of academia.


My Wallet Harry for @breakdowncards contest! Keep a lookout for Harry to make appearances on Twitter! pic.twitter.com/z34ZDlfHoZ
— My Cardboard Habit (@cardboardhabit) January 5, 2015


I very nearly trimmed Wallet Harry to make him fit better in my bifold, but ultimately decided against it. I'm pretty sure at the end of all of this, I am going to send Wallet Harry to PSA to have him graded and slabbed so that I never forget this upcoming year. Hopefully it will be a year filled with good memories.

And can you imagine the look on the PSA grader's face? "Why in the hell is this guy sending a 2014 Heritage Matt Harrison in for grading when it's in this terrible condition?!" Hahahahahahahaha!!!!

Anyway, I'm creating a spot on the right-side menu bar just for Wallet Harry so you can keep up with his escapades! He's already made an appearance this morning!


#WalletHarry chillin' at the desk one last time before everything gets packed up. #WalletCard pic.twitter.com/BKHHRka5Qc
— My Cardboard Habit (@cardboardhabit) January 5, 2015