I Finally Broke Down And Bought Some Gypsy Queen

Sadly, I've avoided it this year. I know I want to build the set, but spending $120 on a box just isn't going to happen right now. I'm too poor.

However, while visiting my LCS today to pick up some supplies, I decided to buy a couple packs. In the second pack, I found this guy: 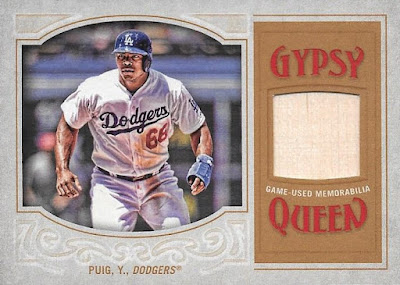 A Puig relic featuring a piece of a bat! I'm a big fan of relics that use something other than a plain white swatch. So, I buy two packs and grab one of the four guaranteed hits. Not bad!

After going to dinner with friends, I had to swing by Target to grab a few things. The rush of pulling a relic overtook my senses and I decided to grab a blaster.

I waited until I got home to open it. Things weren't looking great, but then I found this: 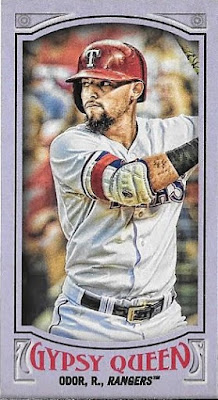 A purple mini of Rougned Odor! Rarely do I pull parallels of guys I am collecting, but this time it was different!

There was something lurking immediately behind the Odor mini... 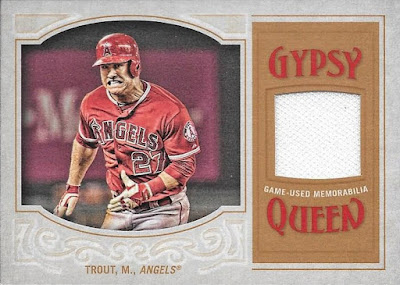 A Trout relic! Granted, it's the plain white swatch I literally just bemoaned, but I've never puled any kind of Trout relic. It's pretty cool to mark that off my list now!