Recently, Matt Harrison cards have been the only pieces of cardboard that I spend any amount of time searching for on a daily basis. I haven't lost interest in collecting, but I have noticed that this is the PC that I care most about.

So I decided to roll with it.

An eBay seller had an assortment of "oddball" Harrisons (well, of a bunch of different Rangers, really). I got in touch with him and let him know what I wanted, and we were able to swing a deal.

Lemme show you what I got: 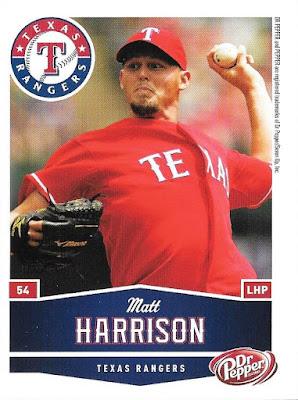 The first three cards were all given out as a stadium giveaway (SGA) and are technically considered postcards. I would argue against that because they are printed on glossy paper rather than typical postcard card stock. But no one cares what I think. Regardless, this one is from 2010... 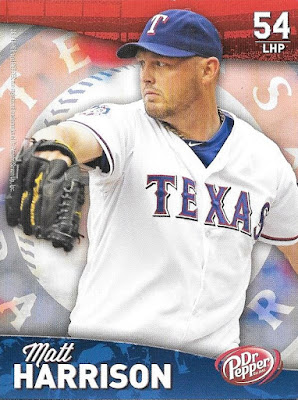 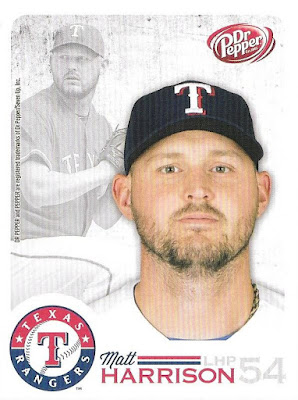 The next card is the same size, but from a different event: 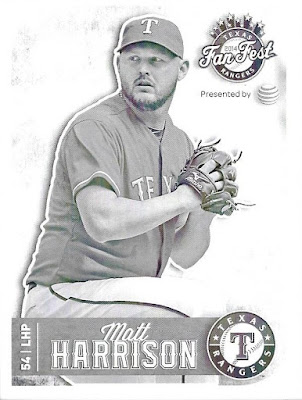 This hails from 2014 Texas Rangers Fan Fest. Each player that appears at the event has a stack of these available to them to sign in the event that the fan doesn't bring an item to be signed.

The next one is actually a card that I've known about for a while, but Raz was able to snag one before I did: 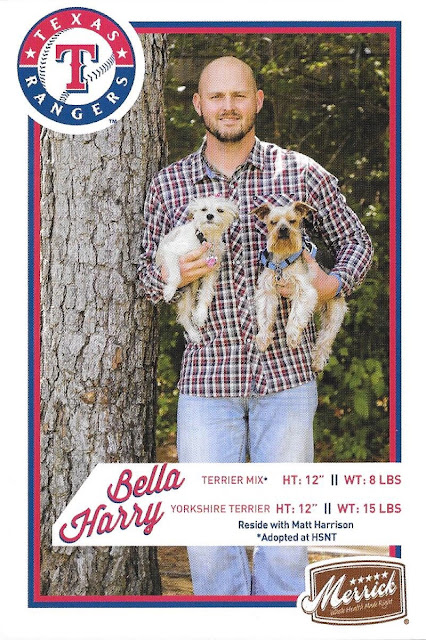 This is card (one of a set) that features Harrison with his two dogs, Bella and Harry. The card was sponsored by Merrick, but was actually produced in conjunction with the Humane Society of North Texas. Very cool.

Lastly, I snagged a couple of ticket stubs that feature Harrison:

The Rangers lost this game, 5-1. Harrison wasn't the starter; that honor went to Martin Perez.

Harry is all alone in the photo on this ticket. The Rangers beat the Yankees, 3-1, behind Matt Garza. It might be the only game he won for us. (I'm kidding....well, sort of)

I really enjoy all of these. After seeing Dodger Penguin get his Kershaw debut ticket autographed and slabbed, I wouldn't mind having these slabbed. Far less valuable than his, but I still treasure these.