I've received two surprise packages during the last two weeks.  First, AJ over at The Lost Collector sent me what I am certain to be a complete team set from 2016 Topps Bunt (you know, the digital cards that are now physical cards). However, he also included this beauty: 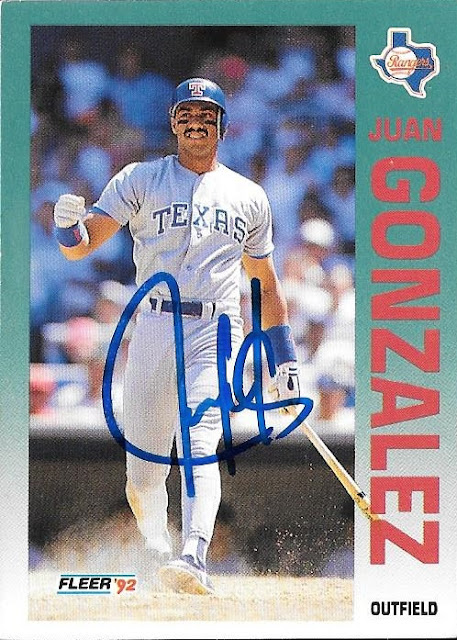 This is one of the TTMs that AJ received back from Juan Gonzalez (which he talked about on Beckett Radio, because of course he did...). I was surprised to see that Juan-Gone signed. He's been kind of a d*ck in recent years, even refusing the honor when selected for the Texas Rangers Hall of Fame in 2013 (though the Rangers Hall of Fame Committee placed in the Hall in spite of his objections in 2015). Either way, I was stoked for AJ when he received the cards, and blown away when he decided to share one with me.

A couple days ago, I received a package from the Jedi himself, Mr. Wilk from 2x3 Heroes. He crushed a decent chunk of my set needs for 2015 Stadium Club Gypsy Queen and 2016 Heritage. 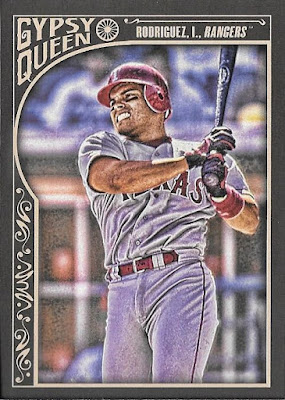 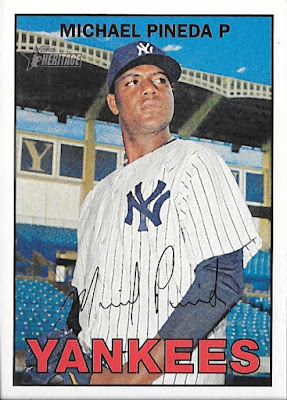 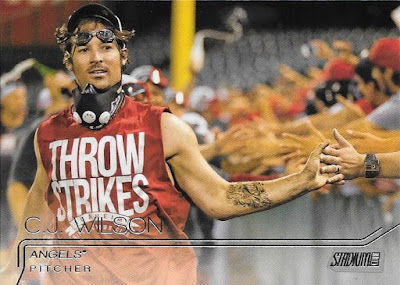 And CJ Wilson from Stadium Club. I think he is wearing the shirt ironically, considering he couldn't actually throw strikes for the Rangers. He always dabbled around the strike zone....it was painful to watch. Of all players who have left the team over the years, he's the one I miss the least - and it's not even a close contest.

Anyway, I was and am extremely grateful that AJ and Jeff sent me cards for no reason other than to be kind. I love that about the blogging community, as I have received similar packages from other bloggers over my years as a blogger.

So I am going to return the favor. During the next two to three weeks, I will be sending out some care packages filled with cardboard. The cards may be from needs lists, wants lists or PC lists. If I send something to you, it's because I specifically remember getting something from you in the past. If you have sent me something in the past, feel free to comment below - I know that someone sent me a huge stack of '15 or '16 Heritage and I cannot for the life of me remember who! - I want to know about it.

I expect nothing in return. If you feel compelled to return the favor, then pay it forward - send some cards to someone who has sent you a random care package. Let's end the summer with a bang!

Thanks again everyone!
Posted by J. Meeks at 7:45 PM