I Need Your Help (Spread the Word, Please!!!)

Last night, I was visiting with my grandfather about Bobby Doerr (I was still caught up in the excitement of my TTM success), listening to him speak about Doerr and some of his other favorite players. During the course of conversation, my grandfather mentioned that I was related to a former big leaguer named Thurman "Joe. E." Tucker, or "Monk" Tucker as the family knew him. 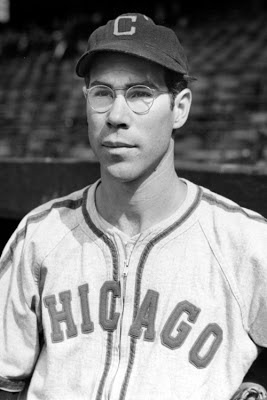 Tucker made his major league debut on April 14, 1942 for the Chicago White Sox.  He was selected as an All Star in 1944, his only All Star appearance. Seeing Tucker as "the finest defensive player in baseball," the Cleveland Indians acquired Tucker via trade in January of 1948.  Though he missed time to an injury, he finished the season with a perfect fielding record (1.000). His career saw a steady decline after that season, and he never really returned to any kind of prominence, in terms of Major League Baseball.

I need your help.  I have already purchased his only baseball card, card #222 of the 1951 Bowman set. That is for me and my collection. However, I would like to find a signed ball by Tucker to give to my grandfather.  Not surprisingly, the internet isn't flooded with them. I can find plenty of index cards and even a post card, but no ball that is signed by him (and him alone).

If any of you can, by some sort of miracle, get your hands on a ball with his signature, I would be forever grateful! Please pass along this message on your blogs, I would greatly appreciate it!
Posted by J. Meeks at 9:00 AM