It's Official....I Have Tribute Fever

I had to go to Oklahoma City for business last week. I had some time to waste, so I looked up one of the LCS's and stopped in. It was full of Sooner memorabilia (gross), but other than that, it was a great shop.

I've been looking at some of the Tribute cards online and they all impress me. It is a beautiful set. So I purchased a pack (at $55 a pack, I could only afford one) and was impressed with my five cards. 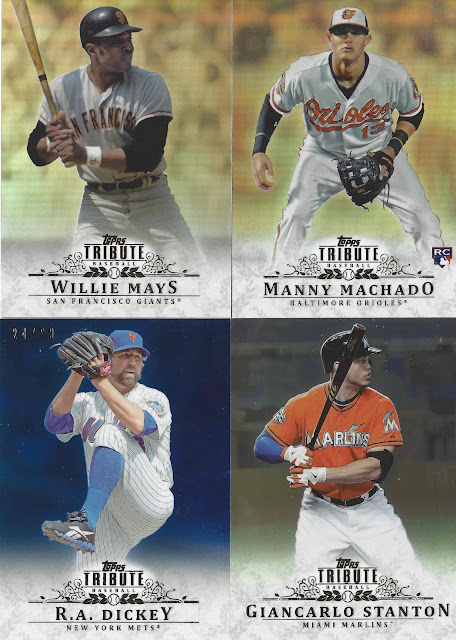 I pulled three base cards - Willie Mays, Manny Machado (one of only two rookies in the deck, I believe) and Giancarlo Stanton.  The base set has only 100 cards featuring legends and current stars, so you will definitely get cards of people you know.  I also pulled a blue parallel of R.A. Dickey, numbered 24/99.  Cool card, but nothing spectacular. 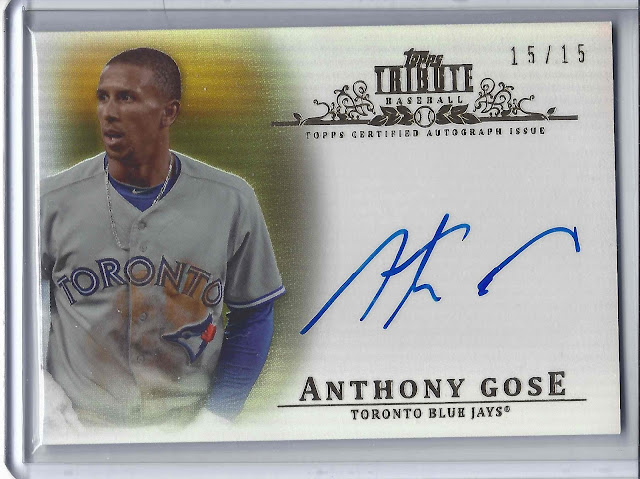 My hit was this Anthony Gose gold parallel signature, numbered 15/15.  The kid is not having a great season at Triple A.  Hopefully he will rebound so the card will gain a little value.  It is up for a trade if anyone is interested.

After I got home, I took to the Bay and found some other cards to add to my new Tribute set-in-progress. I found quite  a few base cards (buying them for a dollar or two a piece just seems so much more economical), but I was also able to get my hands on these beauties. 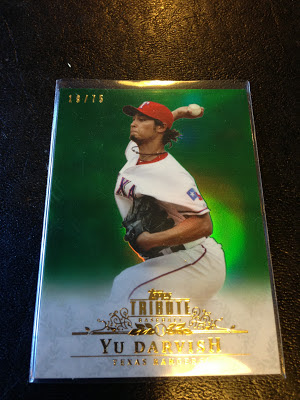 I snagged this Yu Darvish green parallel numbered 19/75.  I'm going to work on putting together the entire rainbow of parallels, though I'm sure the red and purple cards are going to cost an arm and a leg IF I can find them. 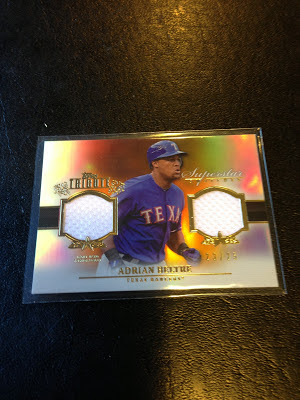 Well, that's all I've got on Tribute for the moment.  Hopefully, there will be more to come soon.
Posted by J. Meeks at 8:36 AM