Somebody Explain This To Me

So, as I'm sure you know, I've been trying to pick up a copy of every Ranger base auto from the 2014 Bowman product. When I go through the checklist on Cardboard Connection, it tells me that there is a AFLAC/Perfect Game/Under Armour autograph for Lewis Brinson. Cool. I decide to snag one. 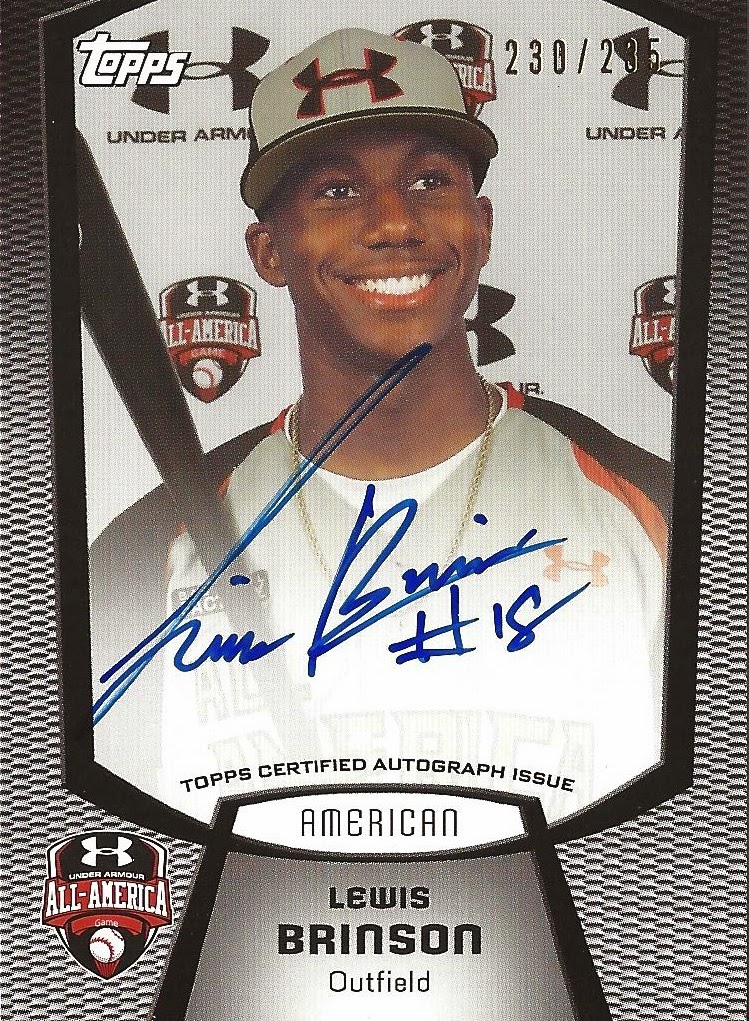 Pretty cool, right? Flip it over. 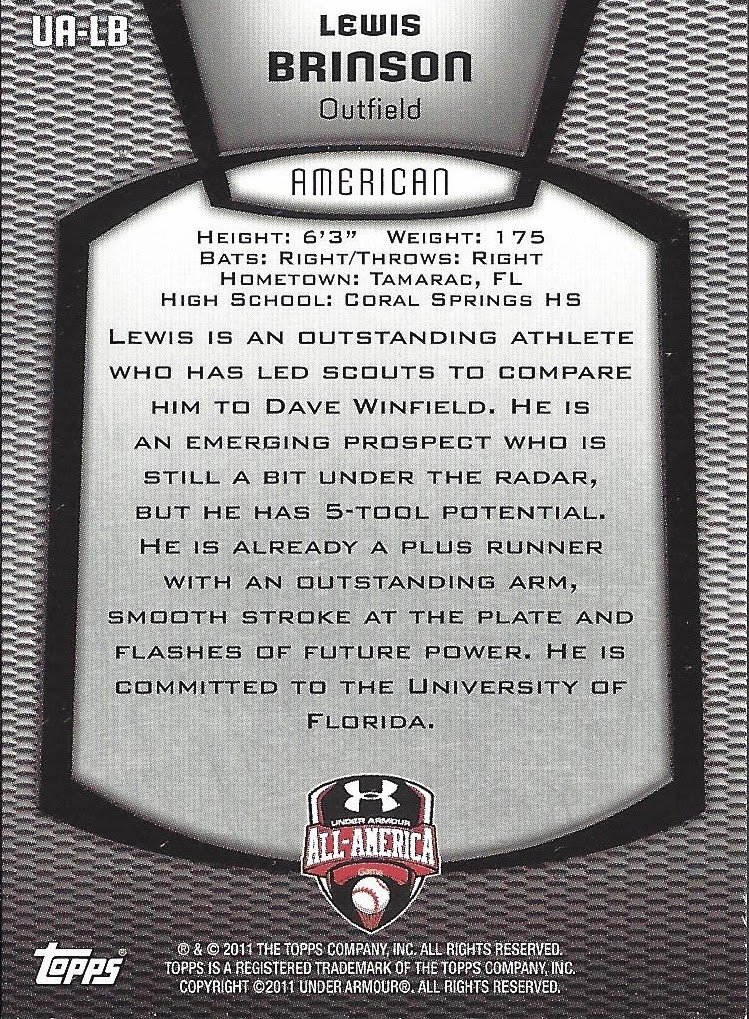 So I go back to eBay to search again, thinking I've been hoodwinked. However, after searching "2014 Bowman Brinson Auto" again, every result that comes back has the same card. So I click on a couple listings that have an image of the reverse side, and all of those say 2011.

So I thought, this is just an error. But then I read the text of the card. No mention of Brinson being drafted by the Rangers or entering their minor league system. Instead, it mentions his commitment to the University of Florida.

In other words, this card was produced in 2011 for Brinson at the 2011 Under Armour All American Game. It just made its way into the 2014 Bowman product, almost three years later. This card should have been in the 2011 Bowman Draft Picks & Prospects.

NOTE: After some further digging, I found that Matt McPhearson's Under Armour auto card, which can be seen here, is the 2012 design, while Brinson's is definitely the 2011 design (as per the Cardboard Connection AFLAC card guide).

Is it possible that these players just didn't get their cards signed to be included in the sets they were supposed to go in?
Posted by J. Meeks at 10:51 AM