By the time you read this, I hope to be in central Texas setting up camp with my dad for a weekend of fiching, drinking beer and sleeping outside: three things that I love to do with the my old man. So, while you read this, just picture me reeling in a massive catfish while drinking a cold Miller Lite. Ahhh, refreshing.

eBay once again offered me a bounty of Luke Jackson cards that I took advantage of. For now, though, I'll only be showing two.

First up, this guy: 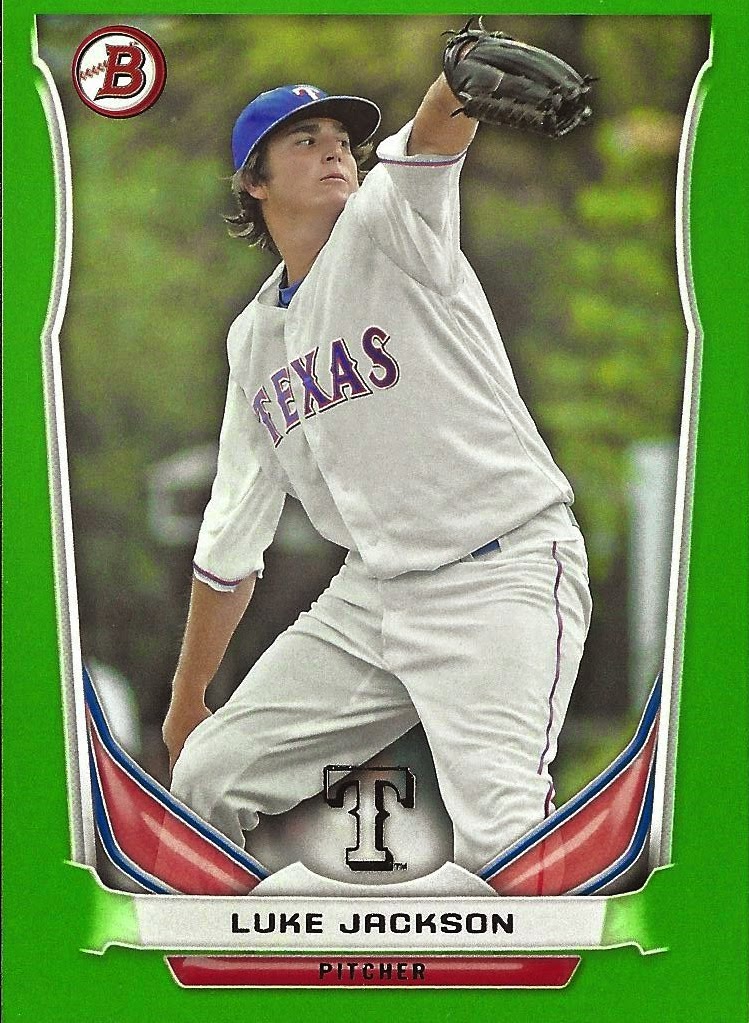 The green paper parallel, numbered 99 of 199 (eBay 1/1!!!). That green seems a bit brighter on my computer screen than it does in person. 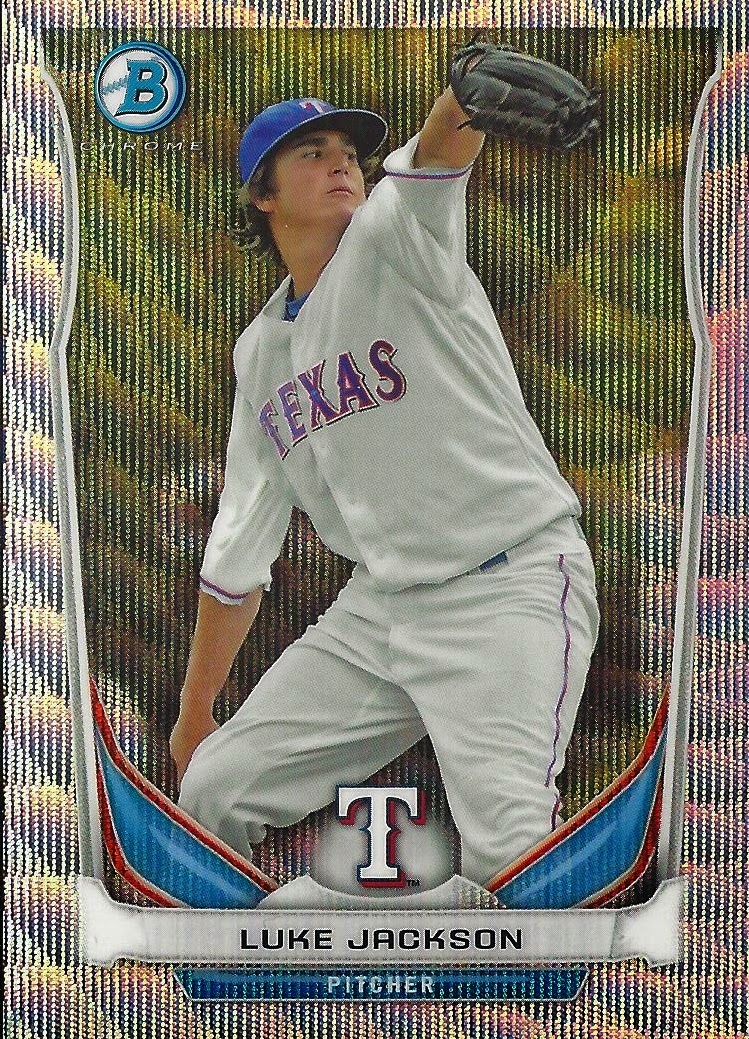 The silver wave refractor numbered 6 of 25. I tried to get in on the red wave and green wave refractors, also, but those sold for ridiculous prices. This one (with the same numbering) ran less than what half of those were going for.

So there you have it. Nothing terribly exciting, but needed nonetheless.
Posted by J. Meeks at 2:30 PM