So last week's post may have been boring to you because it wasn't actually about a piece of memorabilia from a player. Well, I hope this week's piece will make up for it.

I want to feature the first-ever autograph I got: 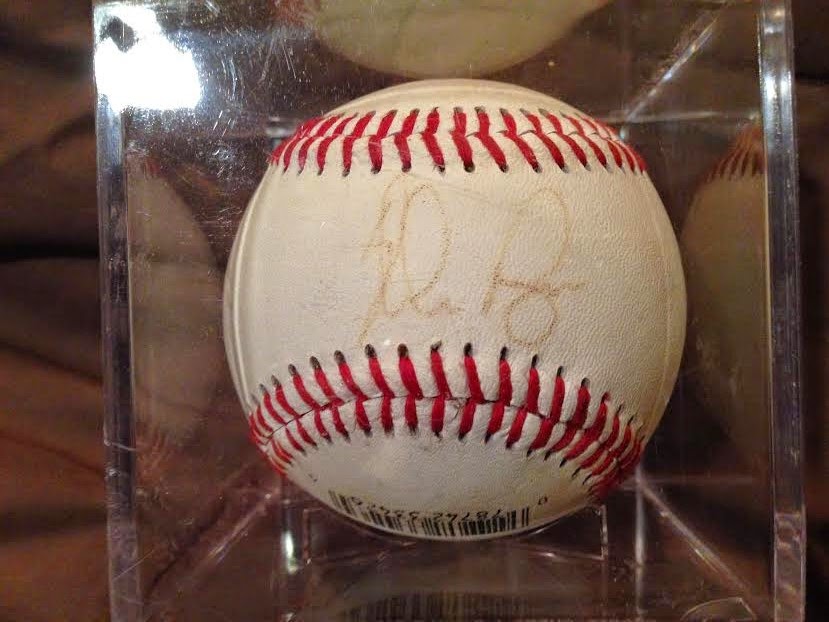 It's a Walmart brand ball signed by Nolan Ryan! I was probably 10 years old - it was at old Arlington Stadium**, so it was pre-1994. My step-brother and I went down by the dugout and waited in line.

When Nolan came out of the dugout, he was kind enough to sign for the kids, asking adults to step aside and let us through. Unfortunately for my step-brother, he didn't sign his ball. He cried for the rest of the game. What a baby!

Not only was this my first autograph, it may very well have been the very first professional baseball game I ever attended...I know it was against the White Sox, and I remember cheering when Frank Thomas came to bat...

Anyway, a much shorter post than last week. What was your first in-person autograph experience? Do you remember the first game you attended?

**A quick note about Arlington Stadium. The entire place was built for what would be the equivalent of roughly $14 million today. How crazy is that? I'm pretty sure the jumbotron at Jerryworld, a.k.a. Cowboys Stadium, cost more than that! The entire outfield seating was made of aluminum bleachers...you have no idea what hell is until you have to sit on aluminum bleachers to watch baseball during the summer in Texas!!! 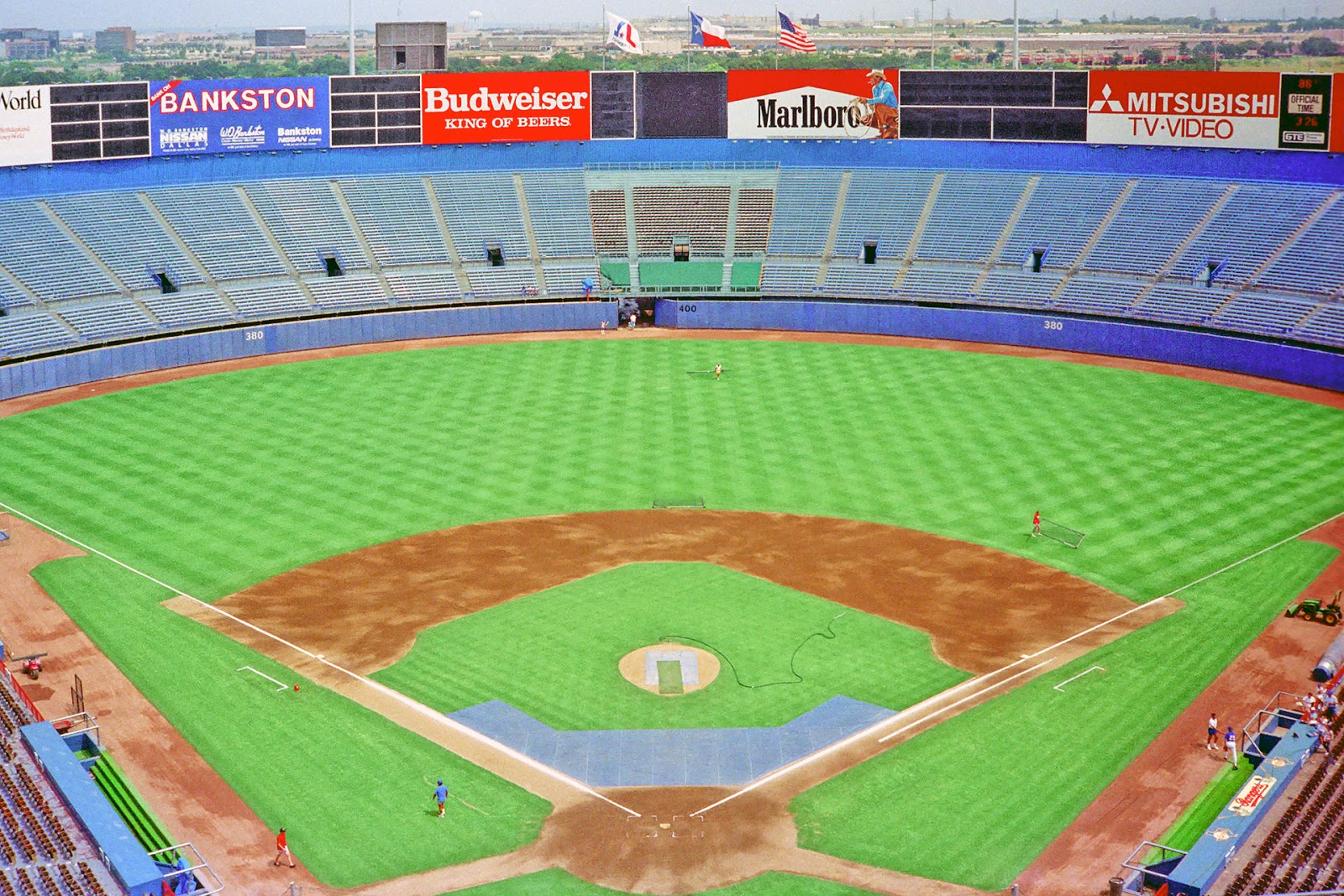 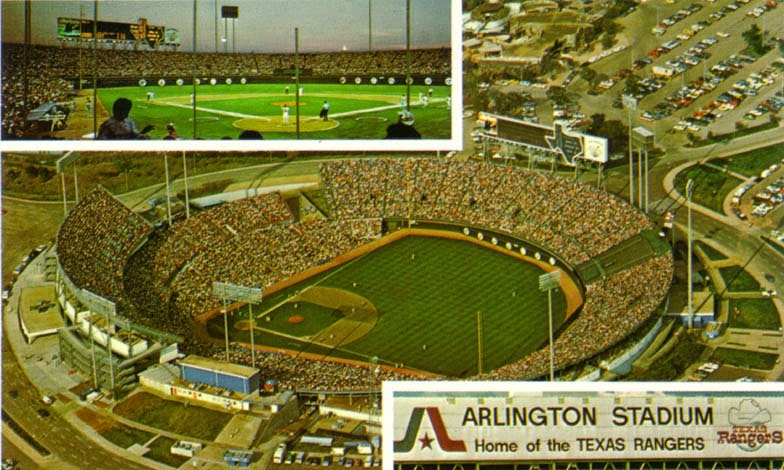