I couldn't help myself. When you're in Walmart buying salad, you get the urge to buy something to redeem your manliness, so I bought a blaster. It was the last one they had, but it proved to be a good box: 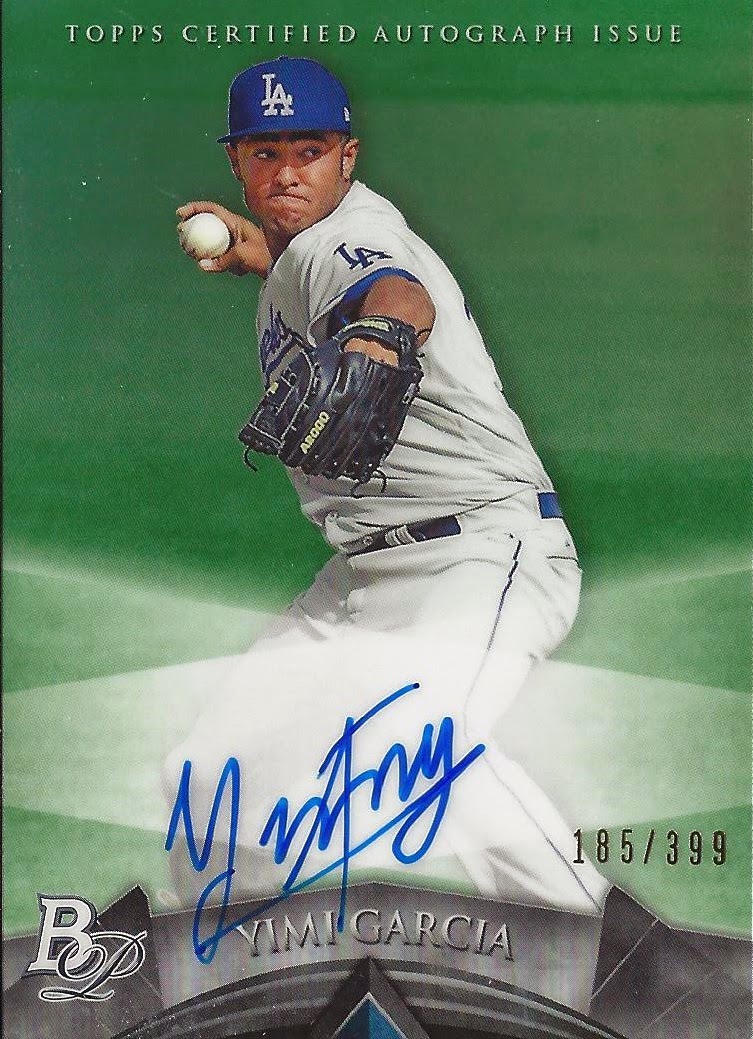 Yimi Garcia, a Dodgers prospect. Never heard of him, but this is a green parallel numbered to 399. Pulling color autos in blasters is always a good sign.

But that wasn't all I bought. While in Lubbock last week (I was out in West Texas for work), I stopped into the only cardshop in town and bought another box of Platinum. It was pricey, and the owner wasn't very polite. Needless to say, I won't be visiting his shop again any time soon.

The box I bought did yield some nice cardboard, though. 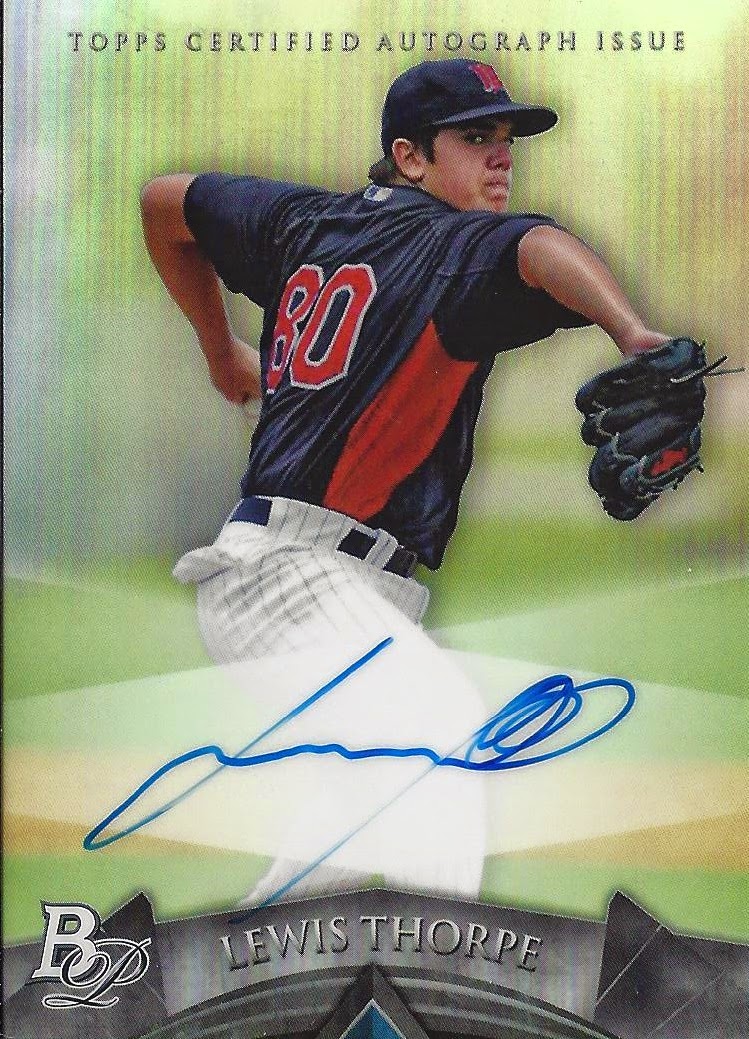 First was this base auto of Twins prospect Lewis Thorpe. Nothing really exciting. 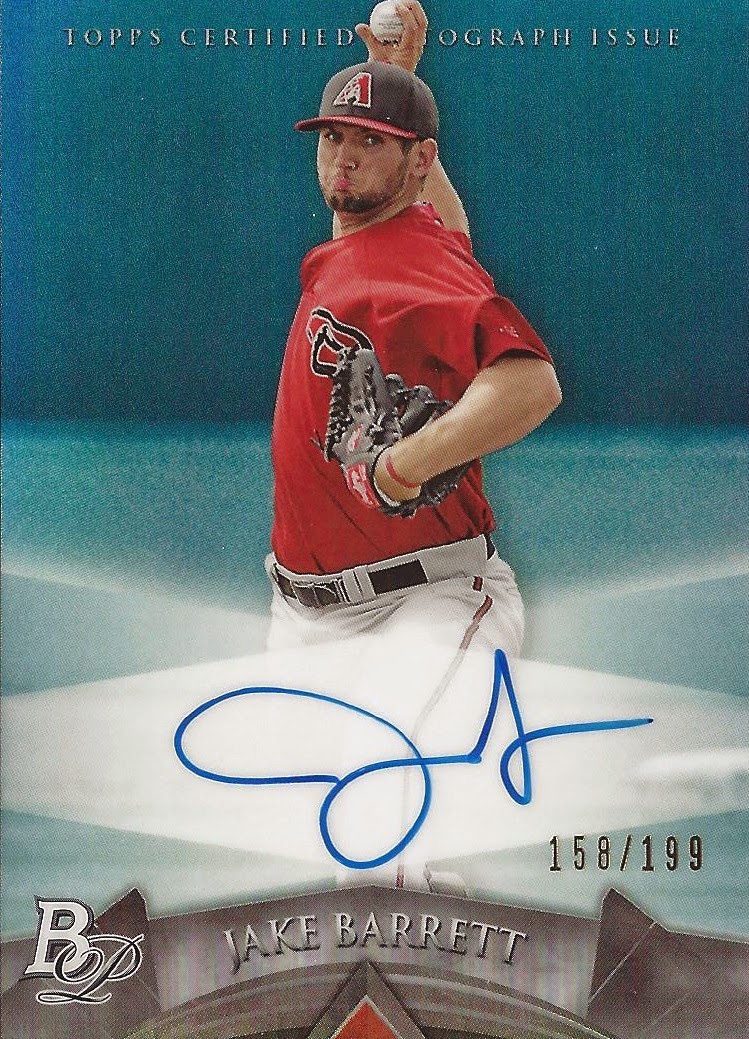 Then this blue auto of D-Backs pitcher Jake Barrett, numbered to 199. This is the second Barrett auto I have pulled this year, as I pulled one in the first Bowman release a few months ago.

But the big hit, once again, was the relic/auto: 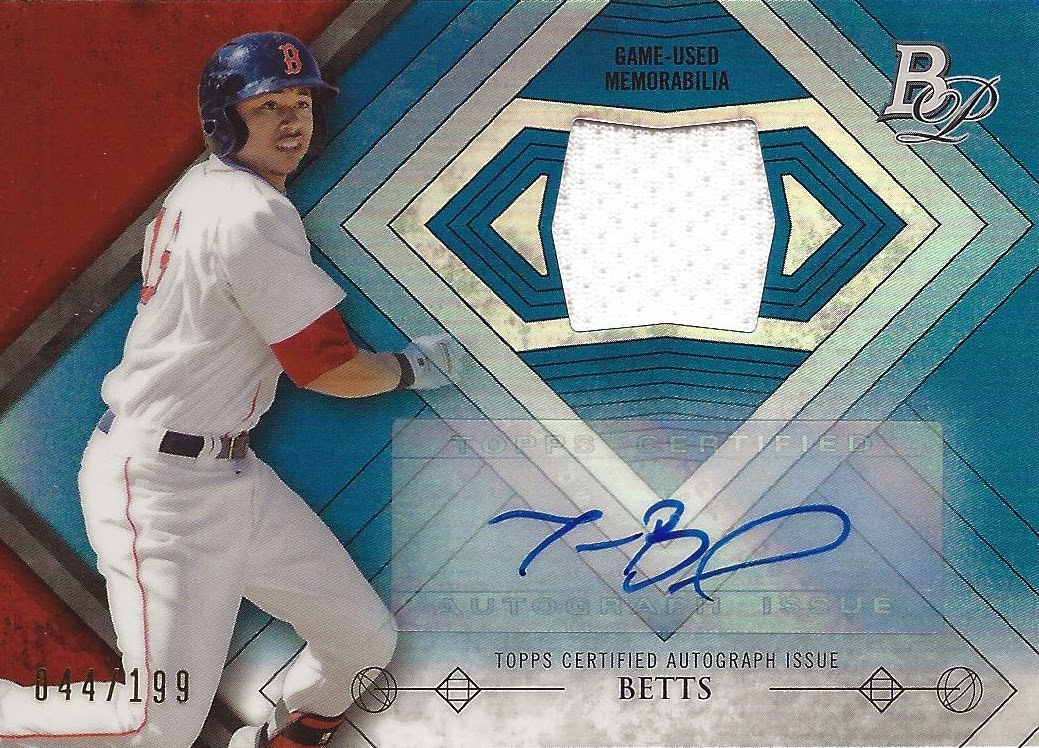 A Mookie Betts relic/auto numbered to 199! Too bad this wasn't his Bowman auto from the first release, those sold like hotcakes. I currently have this guy up on eBay with two bids at $19.99. It should sell for more than that, I hope..

I have now opened roughly two-and-a-half boxes of Platinum and I still need a good number of cards. If you have duplicates, please check out my Needs List to see if you can help me out!
Posted by J. Meeks at 8:01 AM