I missed posting about the blog's birthday back in April, so I made sure not to miss blog post number 500. I honestly didn't think I would stay with it this long, but all of the awesome blogs I read inspire me to keep going!

So I decided to make Post 500 about the thing that I started my blog for: a trade! A couple of them, to be exact. First, I saw that William over at foul bunt pulled a 2014 Topps Trajectory auto of Rougned Odor and I knew that I wanted it. I've been trying to get all of the Rangers Trajectory cards, but more on that later.

Anyway, I had already set a few cards aside for him, but I wanted to grab a few more. Once I got it all together, William said he would accept my trade and it was done! Here's the card: 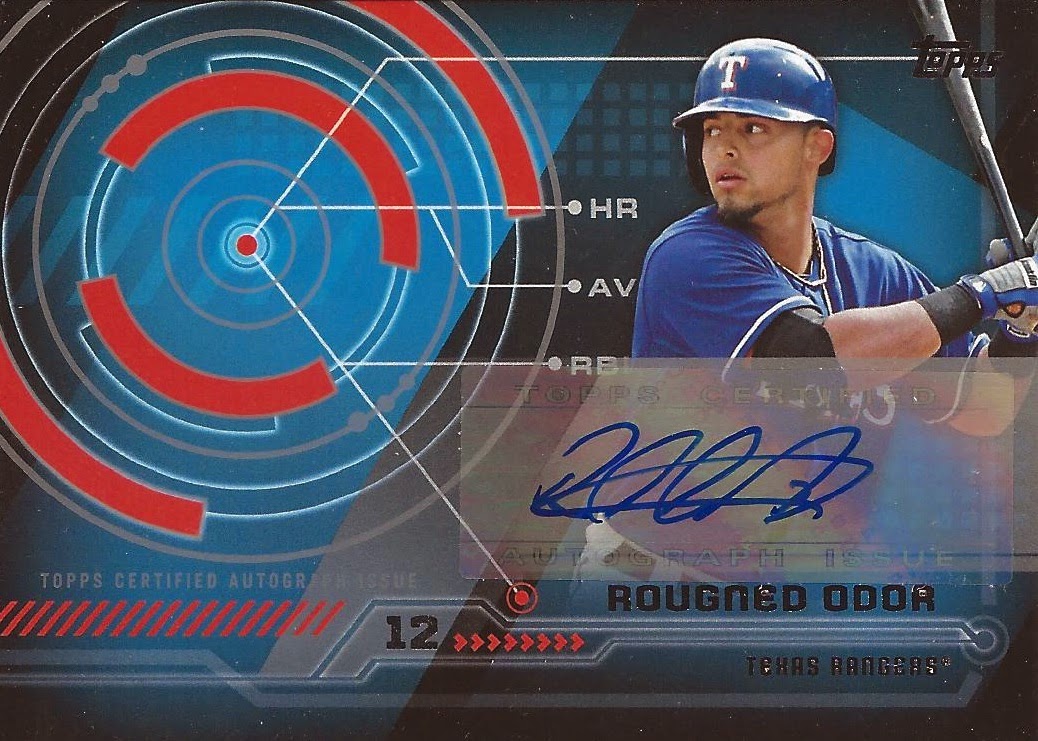 But he also included a few other cards that I love: 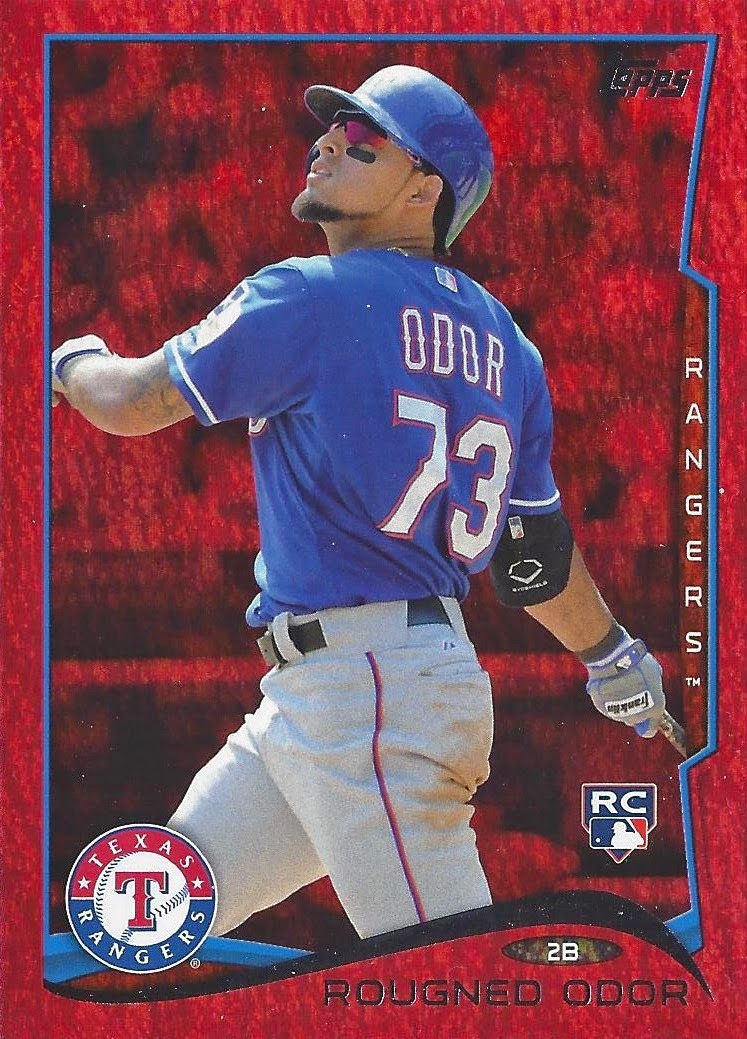 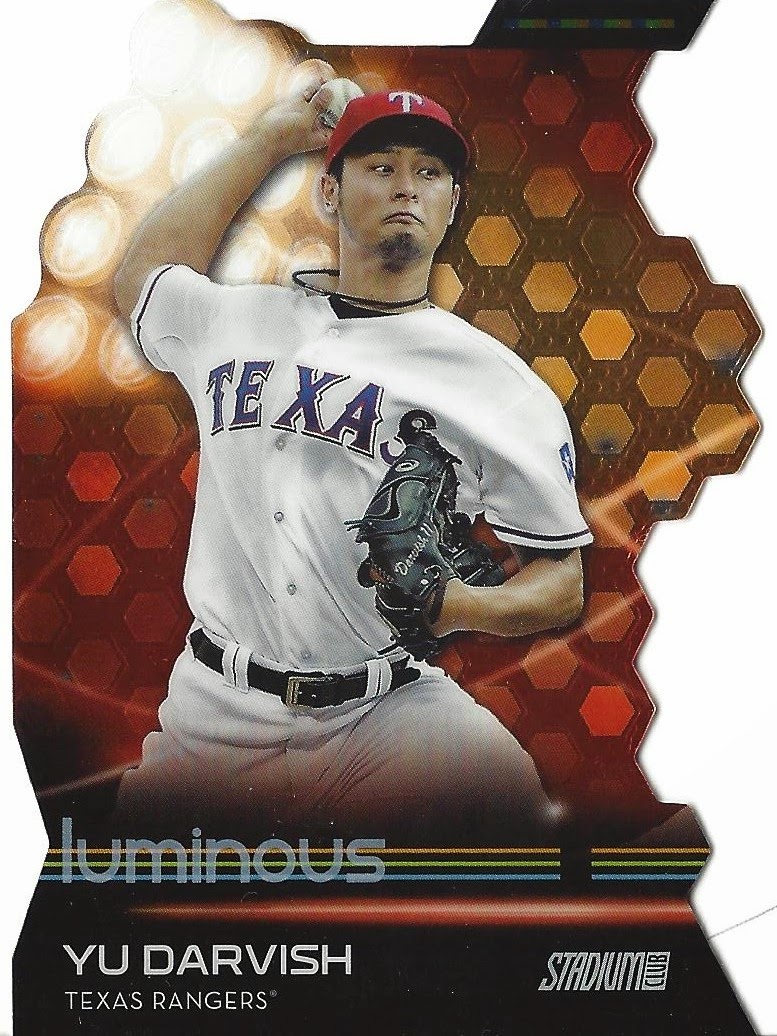 I think all of the Rangers red foil parallels really pop. I'm a big fan. And since I have never bought any Stadium Club, I didn't even know these luminous die cut inserts exist. This thing is beautiful! Thanks again William, and I promise that I won't send Brian your cards next time!

William is one of my oldest trade buddies (in the sense that I've been trading with him the longest). Jimmy, on the other hand, is someone that I just had my first trade with. He is the brains behind the S. Mack Talk blog. He hit me up a while ago about some parallels that he needed. Unfortunately, I had a ton of stuff on my plate and I kept forgetting about it. Thankfully, he was persistent and we were able to get a deal done last week.

He sent me a ton of team set needs, as well as some PC needs! First up, this beauty: 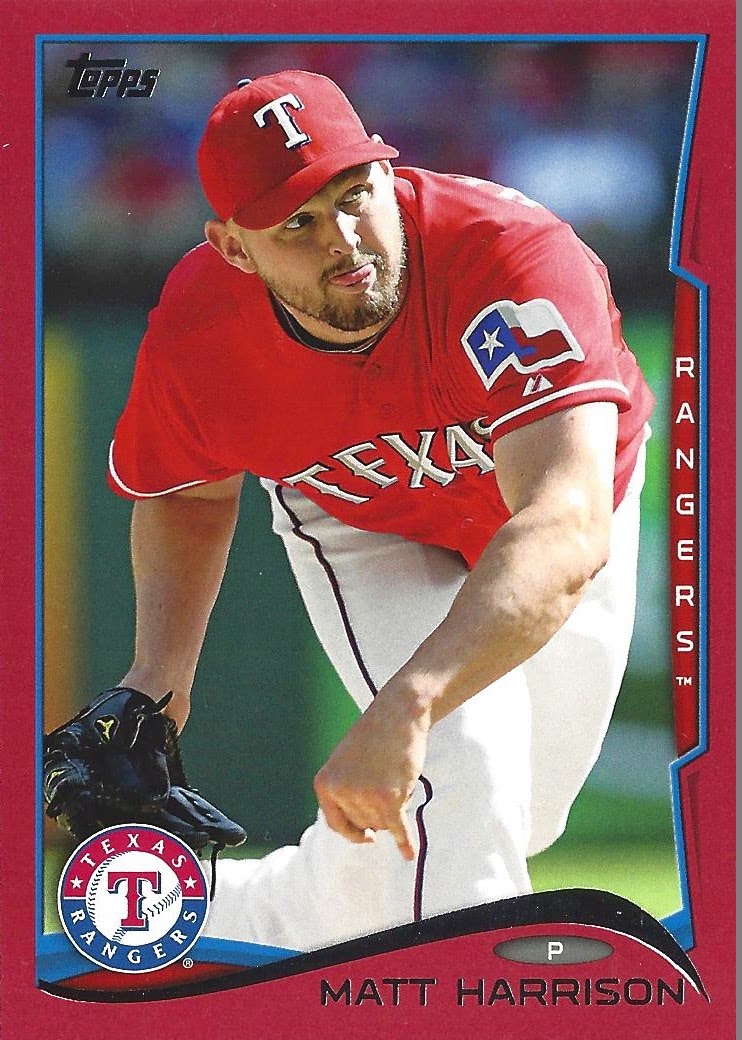 Oddly enough, I was having a bit of trouble finding one of these that fit in my budget. It was listed on COMC for $4!!! No worry - Jimmy stepped in and knocked it out for me. He also sent me this beauty for the Rusty PC: 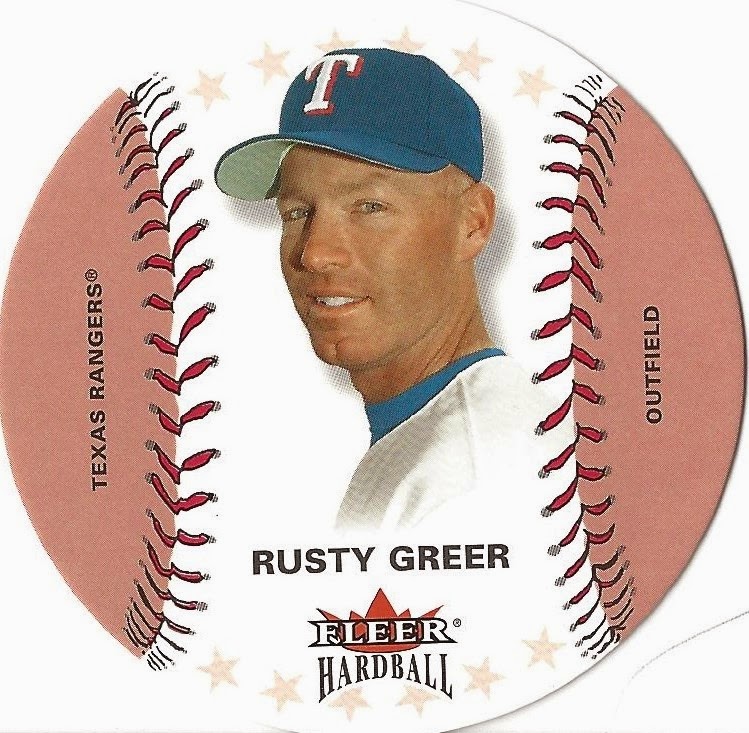 This guy hails from the 2003 Fleer Hardball set. I've never seen one of these! That's what I love about collecting now: I'm learning about all the things I missed when I wasn't collecting! Anyway, this card is awesome. I'm still trying to figure out if it is the base or one of the parallels, but I appreciate the addition, Jimmy!!!

I also added a couple more cards to the Harry PC. These cards came from an eBay seller I've worked with in the past: 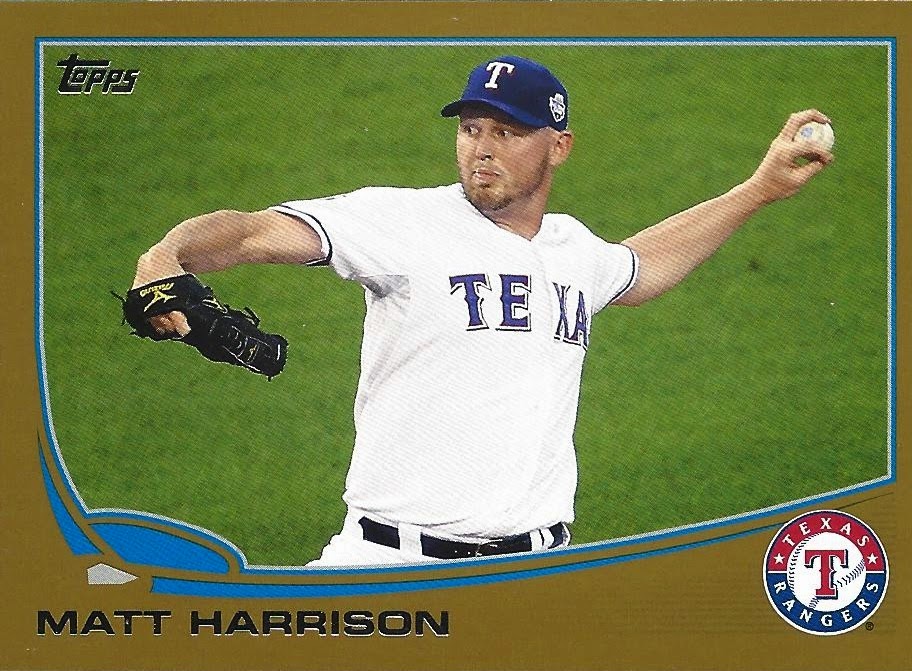 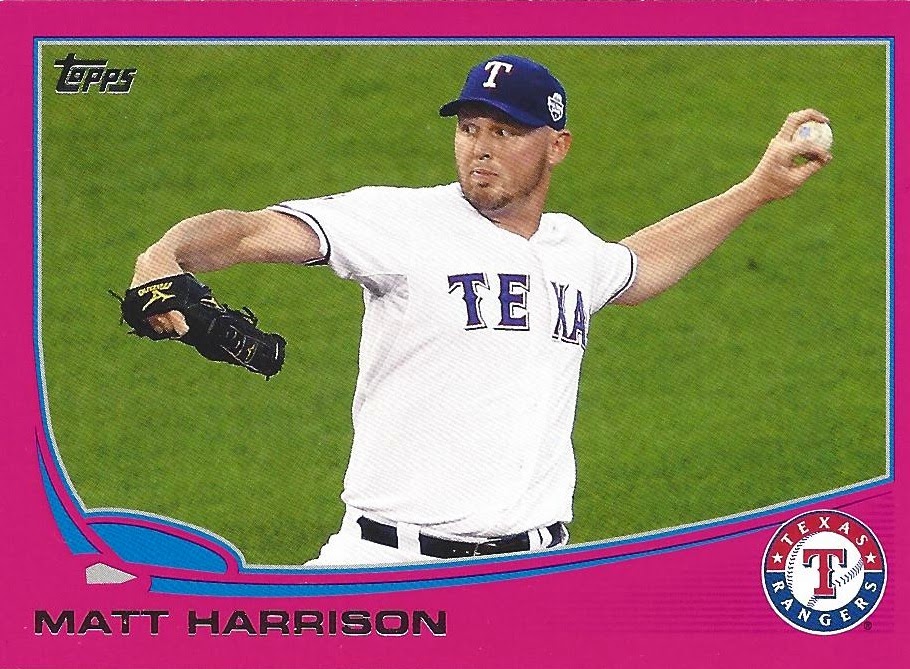 They look normal, but both are minis! Way to go, Topps! Take the same card and shrink it to three-quarters the original size! You know how to take all my money!