COMC was offering free shipping if you purchased a certain number of cards from their site over the Black Friday weekend, so I decided to to take advantage. Unfortunately, free shipping evidently meant wait two weeks to get your cards, so I'm just now getting them up to share with you.

First up, I decided to knock out a few cards from my 1979 Ranger Team Set. It was one of the few years that I didn't have a single card from, So I needed to rectify it, and I did so with these: 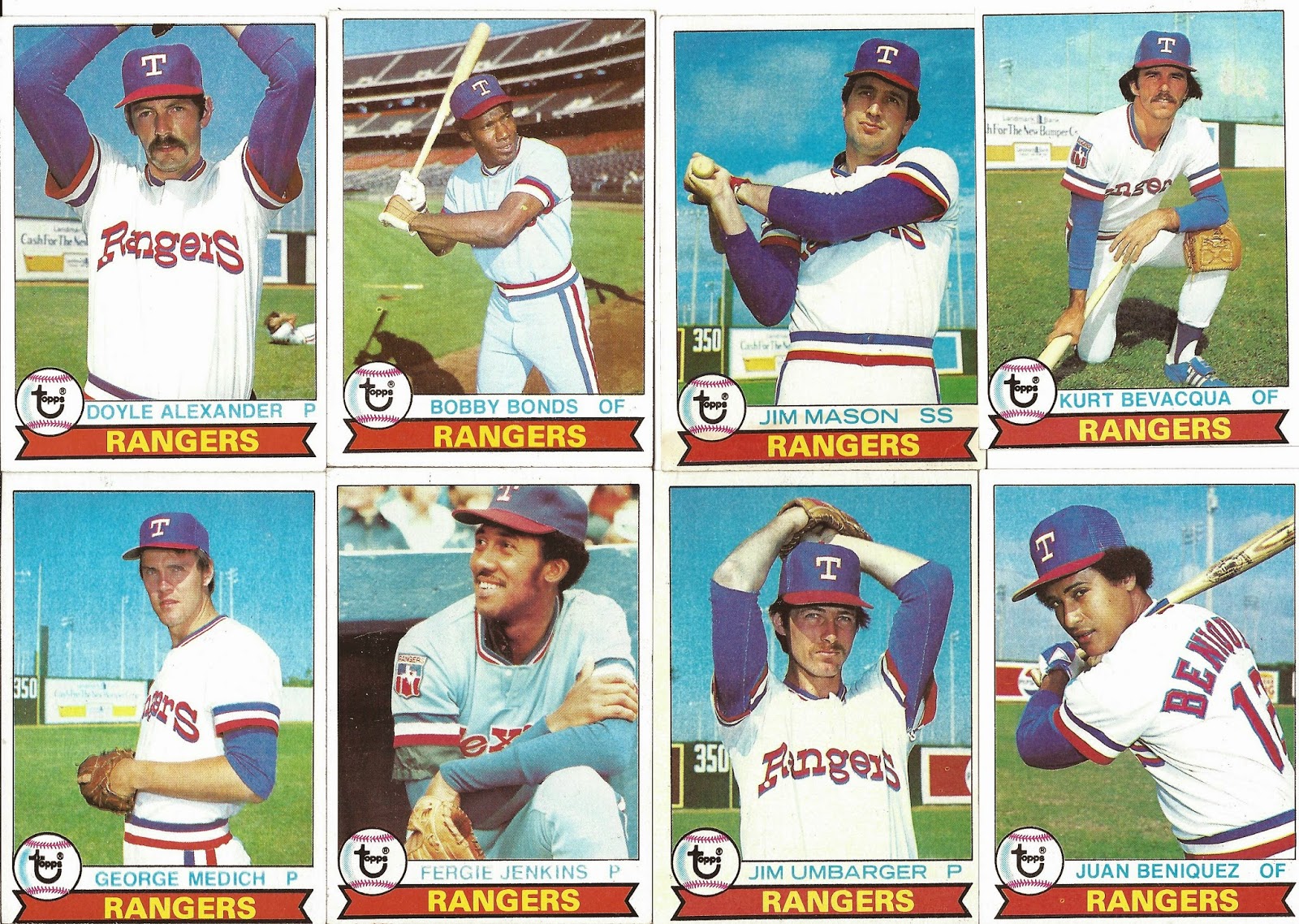 I always forget that bobby Bonds was a Ranger for 130 games during the 1978 season. Though this card is from the '79 set, he had moved on to Cleveland for that season. We always connect his son, Barry, with the steroid era, but Bobby could have a case for the Hall. He had five 30 homer, 30 stolen base seasons and ended his 14-year career with 332 homeruns and 461 stolen bases. He only hit .268 though, so one can understand why he isn't enshrined in Cooperstown.

Anyway, I didn't mean for this post to be a Bobby Bonds post. Let's see some more cards.

I grabbed a few for the Nick Martinez PC: 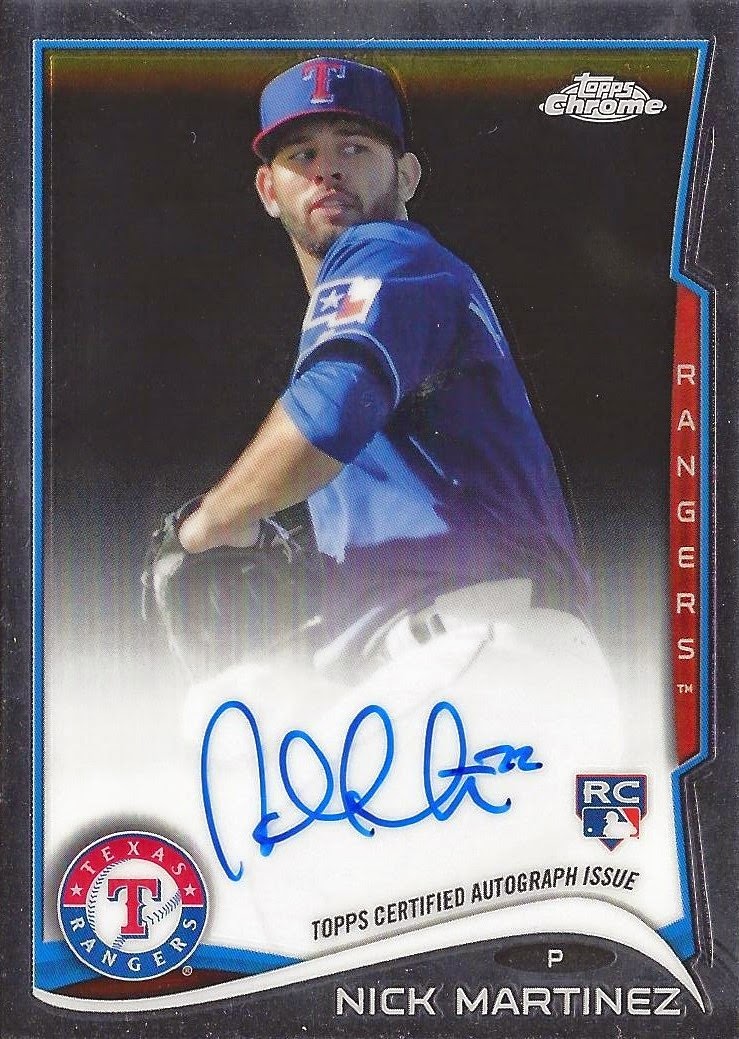 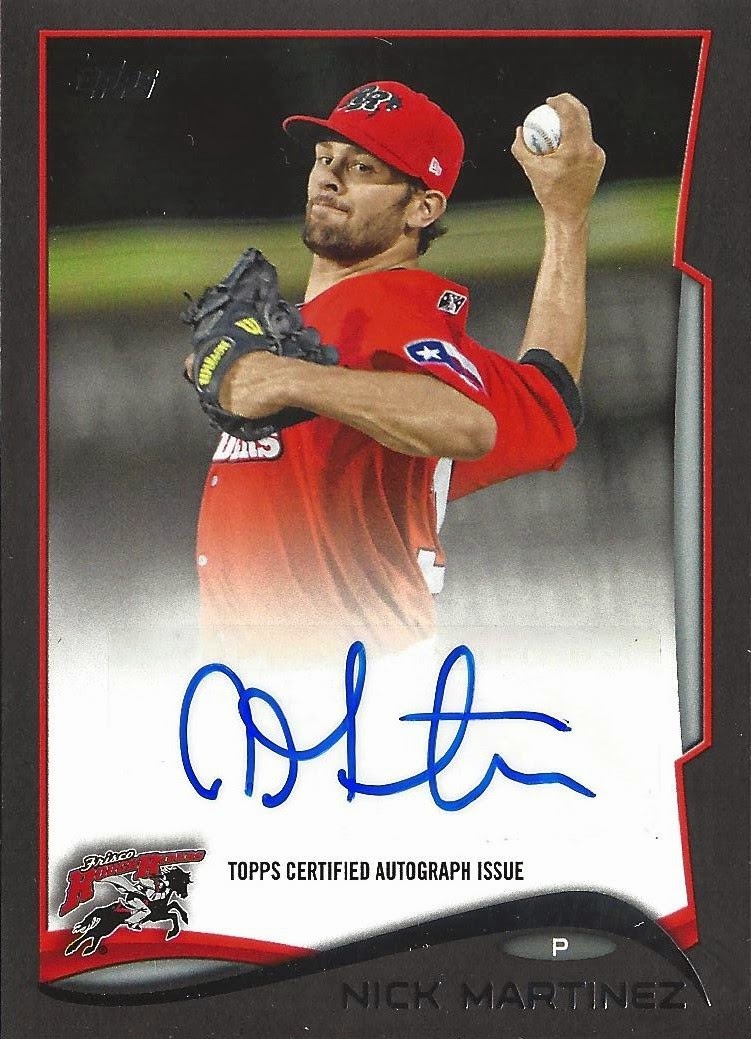 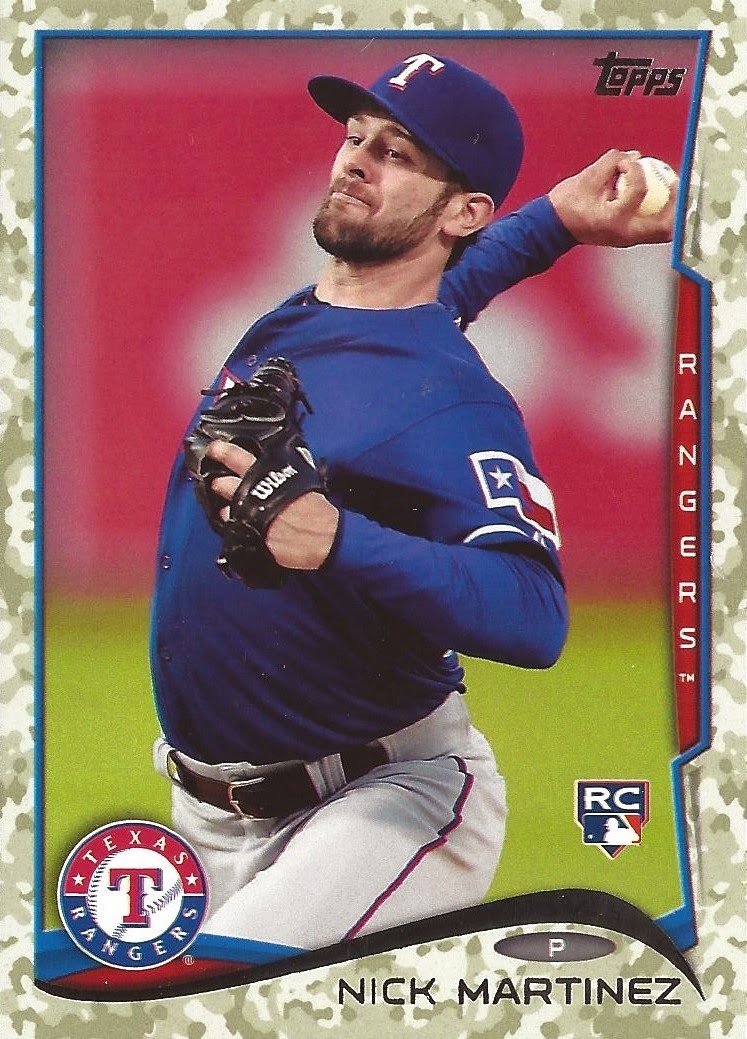 All three hail from 2014 sets. There is the Topps Chrome base auto, the Pro Debut base auto and the Update camo parallel. All three were had for less than $2 each. Fun fact: next year, Topps will replace the camo parallel with a snow parallel.

A snow parallel. Let that sink in.

Anyway, the majority of my purchase went to my Matt Harrison PC. The more and more I read, the more and more I fear that his career is over. Only one pitcher ever tried to make a comeback after having the surgery he had, and he never made it out of the minors. I hope Harry can break the trend.

Most of these are base cards that I needed, so nothing really exciting to talk about:

But here's the card that I really wanted, the one that made me go to COMC: 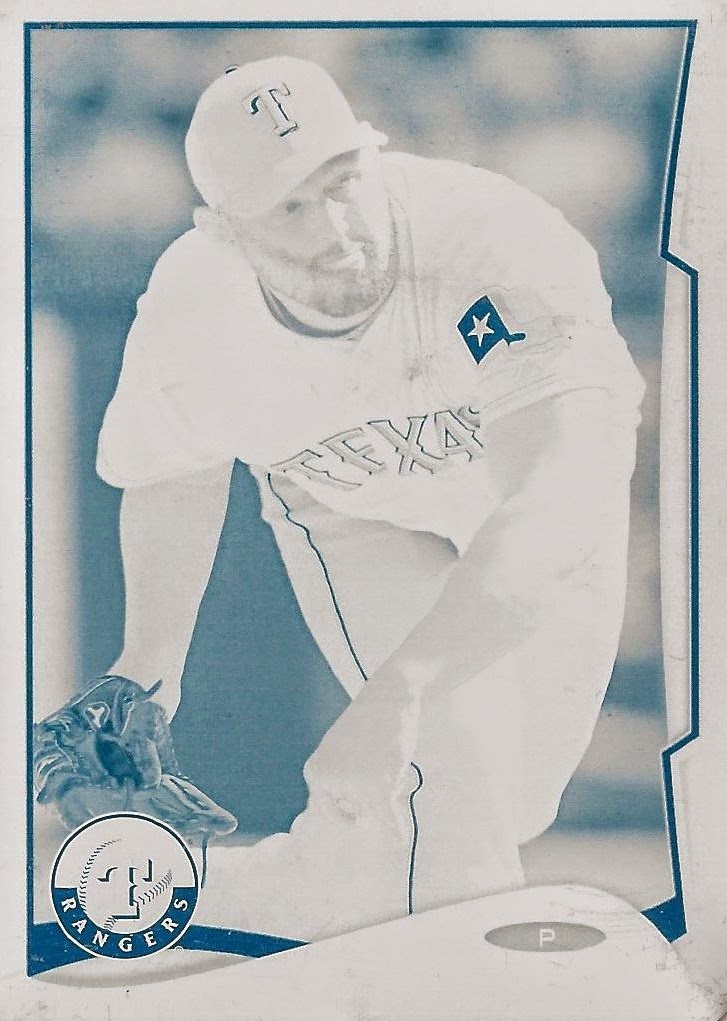 The 2014 Topps cyan plate! I had been watching this for a while, but the price was too high (in my opinion). I went back to check on it on Black Friday and the seller had cut the price by more than half, so I had to act. Now, it's in my Harrison album!

So that's what I spent my Black Friday money on! All of these cards with free shipping ran me all of $19 and change. Heck of a deal in my opinion!
Posted by J. Meeks at 11:56 AM