Have You Ever "Accidentally" Created A Player Collection?

I know some of you have, because I've read about them in your blog posts. It finally happened to me, and I just realized it. Let me introduce you to my newest PC: Nick Martinez.

Martinez filled the last hole in the Rangers' injury-riddled rotation last year, taking up the fifth spot. To say he was a darkhorse for that role would be an understatement - he wasn't even invited to big league camp for Spring Training initially. However, he impressed management with a good fastball (generally keeping it around 94 mph), good command and an ability to eat innings.

His year was rough, however. He finished the season at 5-12 with an ERA above 4.50 (4.55, to be exact) and walked 55 while only striking out 77. He did go 140 innings, something that was very much needed for the team last season considering the injuries it had.

Now, at first glance, these numbers would suggest that he isn't a good pitcher. I would argue that it shows he has room to grow. Before last season, Martinez had never pitched above Double A (AA) ball. In four seasons in the minors, Martinez put up 23 wins against 16 losses, compiling a 3.26 ERA, striking out 302 and walking 107. Not bad for a collegiate second baseman and sometime relief pitcher. These numbers should show that Martinez, with continued, gradual work will be able to be a consistent third or fourth man in the rotation.

Anyway, you didn't come here to read my analysis of the player. You came here to look at cardboard.

This PC snuck up on me. Martinez has quite a few autograph cards (49 certified autos in Topps products alone) and they are relatively cheap. I was browsing eBay one night and ended up buying quite a few of them. The first three arrived today: 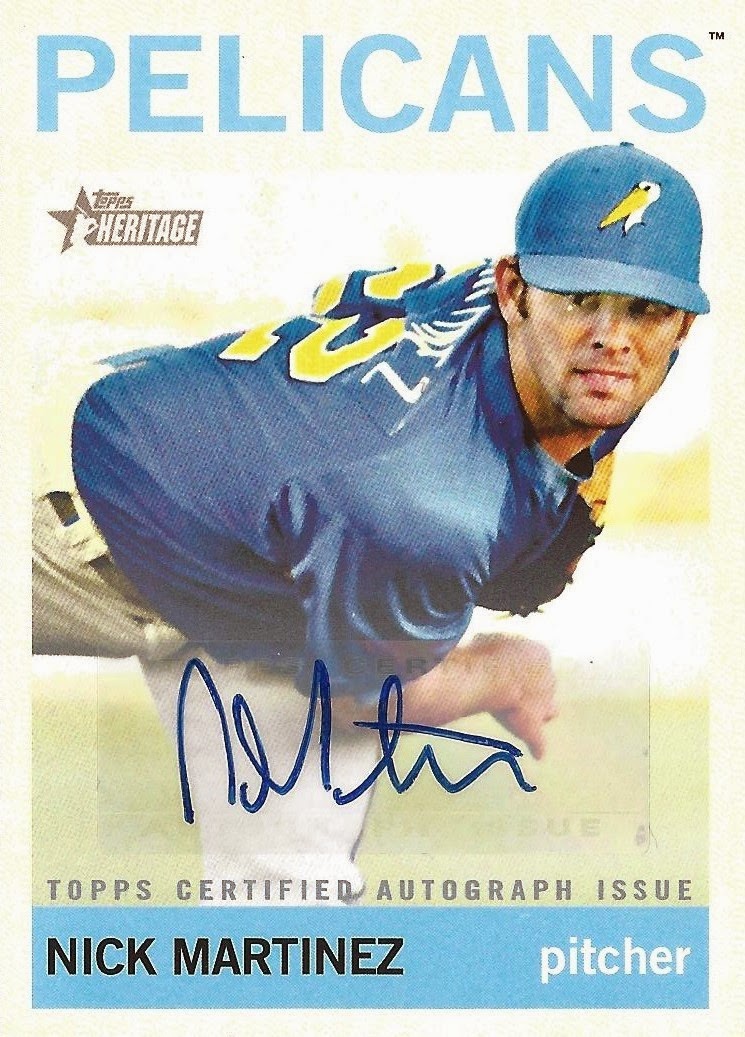 This is his first Topps auto, a 2013 Heritage Minors Real One Auto. Picked up for less than two dollars. 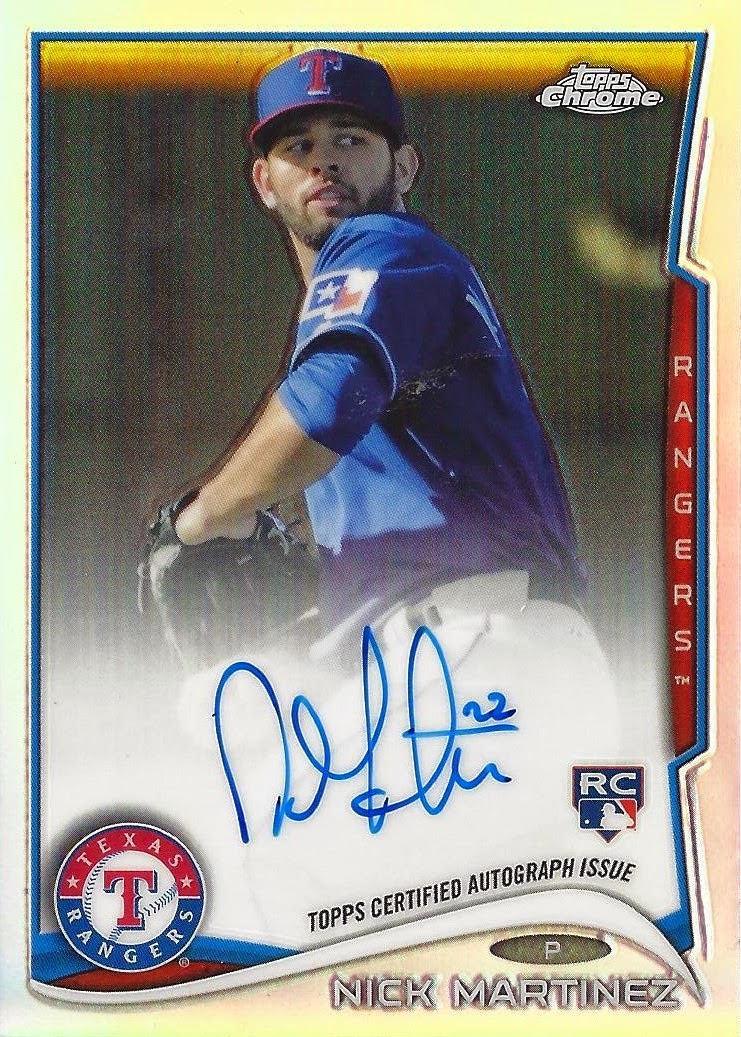 The 2014 Topps Chrome Refractor auto, numbered to 499. It came along with this guy, too: 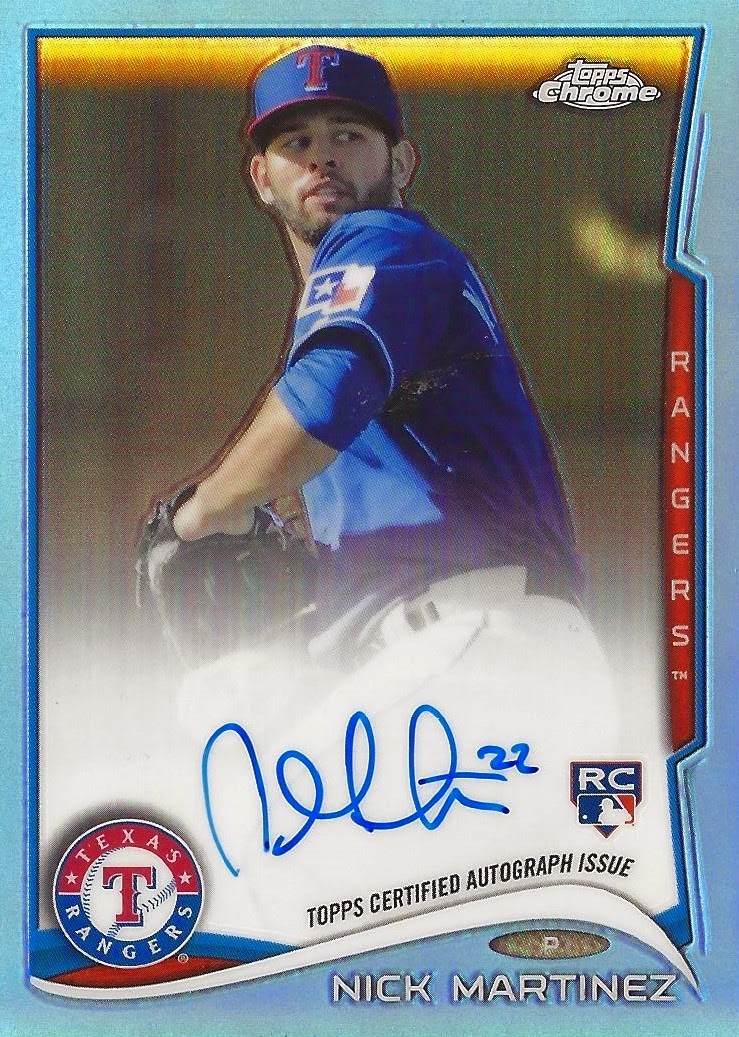 The 2014 Topps Chrome Blue Refractor auto, numbered to 199. I got both of these for less than eight bucks.

I love all of them. I love that I can get his cards cheaply. I love that Martinez will most likely gradually grow into a legit number three man.

Keep your eyes open...there will be more to come.