You May Have Heard Crickets Coming From My Blog...

...Because I've been kind of quiet lately. Work has been overwhelming, so I haven't had a lot of time to post anything. I also have some big news to share, but that will have to wait a few days.

Anyway, though I haven't posted anything lately, I have still been reading and buying. I do try to read every post that comes up in my feed, so if you've written something, I've probably read it.

In terms of buying, I've stuck mainly to my PC's and assorted projects. For instance, I knocked off a couple cards from the Nick Martinez PC: 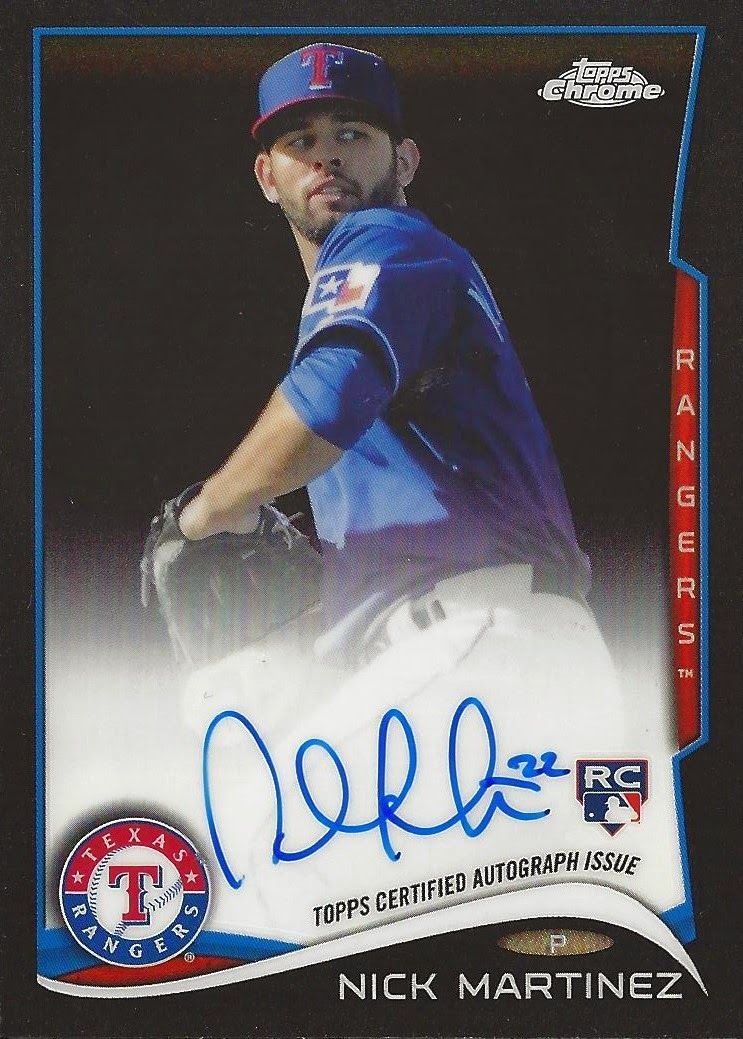 I snagged this black refractor auto from 2014 Topps Chrome. It's numbered to 100. 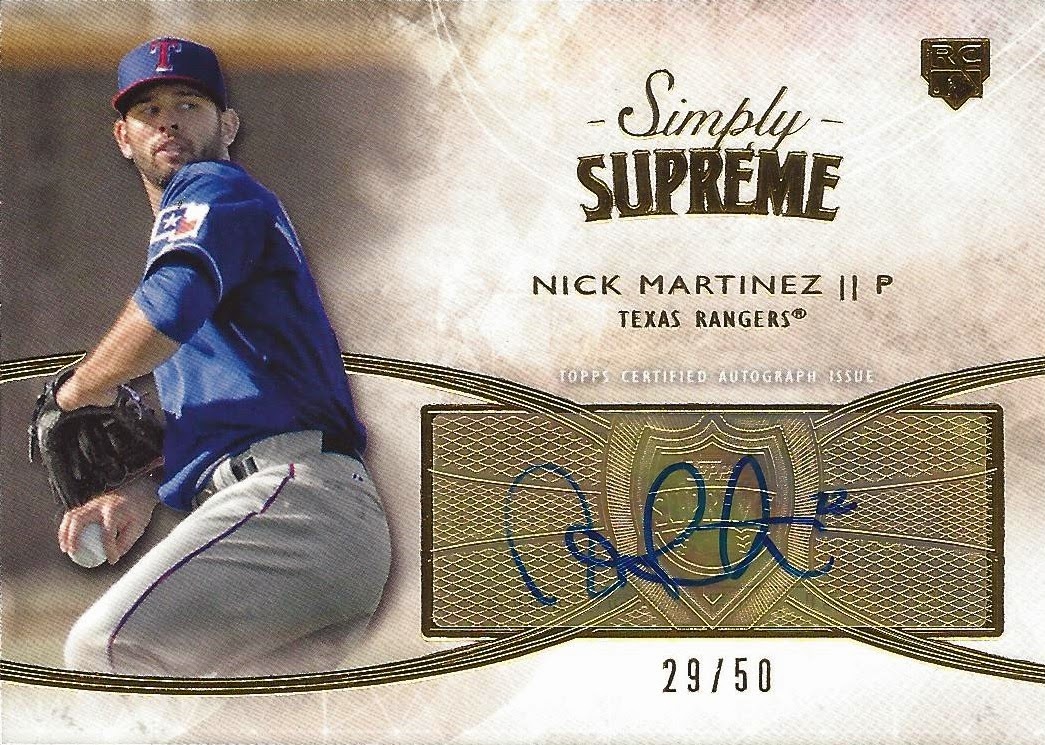 I also snagged this Supreme "Simply Supreme" auto, numbered to 50. Sooooo many of this autos.

I also added to the Harry PC: 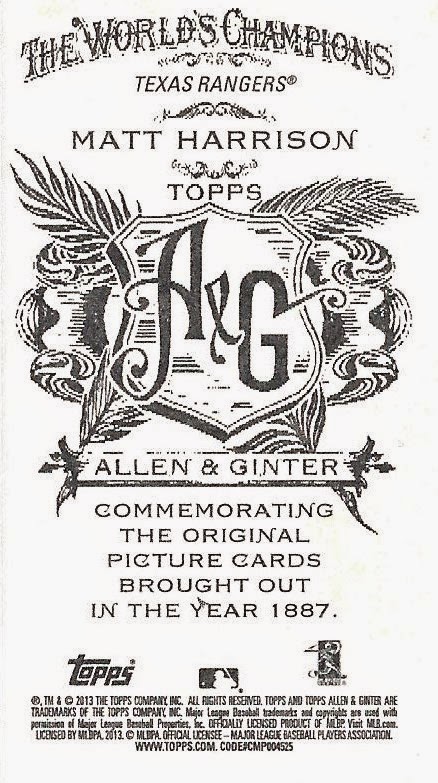 This is the 2013 Allen & Ginter no number mini variation. These were limited to 50 each. At least, that's what Topps tells us.

I snagged the 2014 Bowman Draft auto of Ti'Quan Forbes for the Bowman Auto Project: 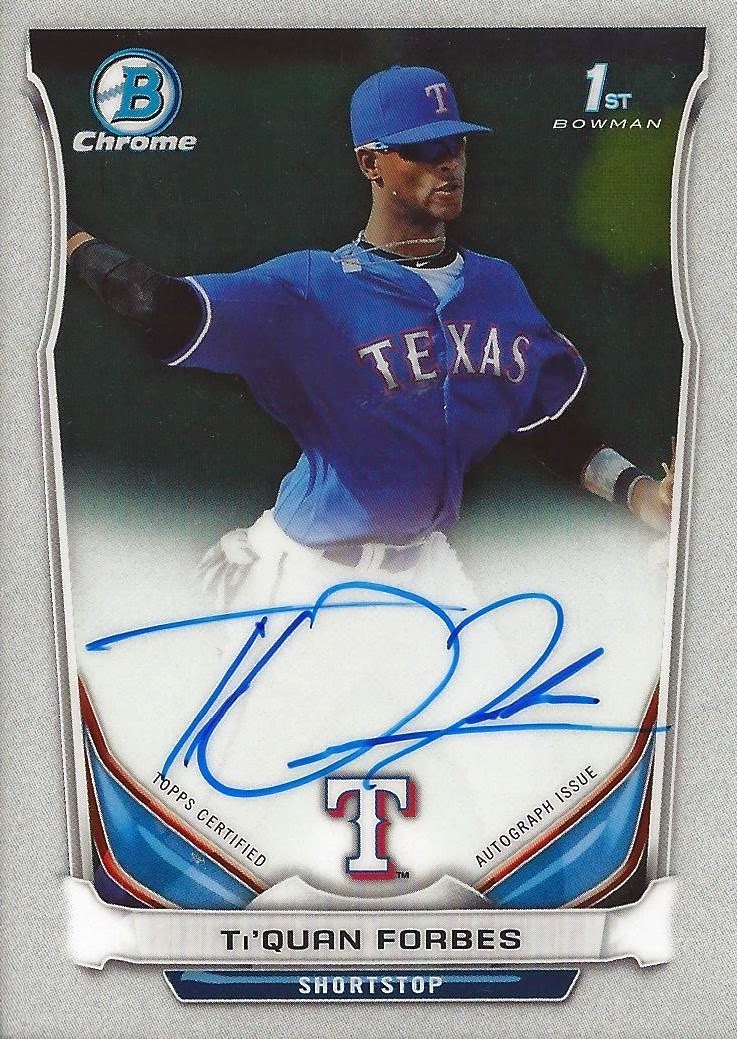 But not all cards go into a PC or project. Sometimes, I just have topick one up because it's cheap: 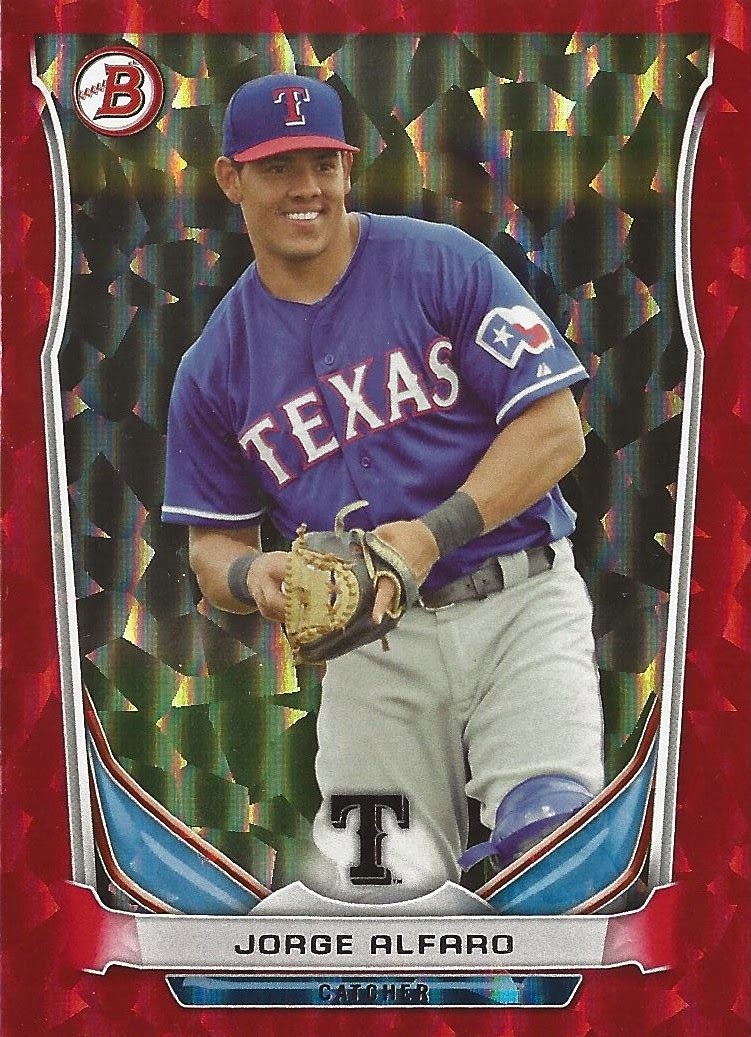 This Jorge Alfaro red ice parallel from 2014 Bowman Draft. These are not numbered to 25 like every other Bowman product. I don't have the card in front of me at the moment, so I forget what it is numbered to.

That's it for now. I probably won't post very much between no and the new year, so I hope everyone has a Merry Christmas or Happy Hanukkah! (Though I will be back at least once to share my big news!)
Posted by J. Meeks at 7:28 PM