Seemingly like everyone else, my collection saw some new additions this holiday season. I grabbed a few cards for the Nick Martinez and Matt Harrison PCs. Let's not waste any time: 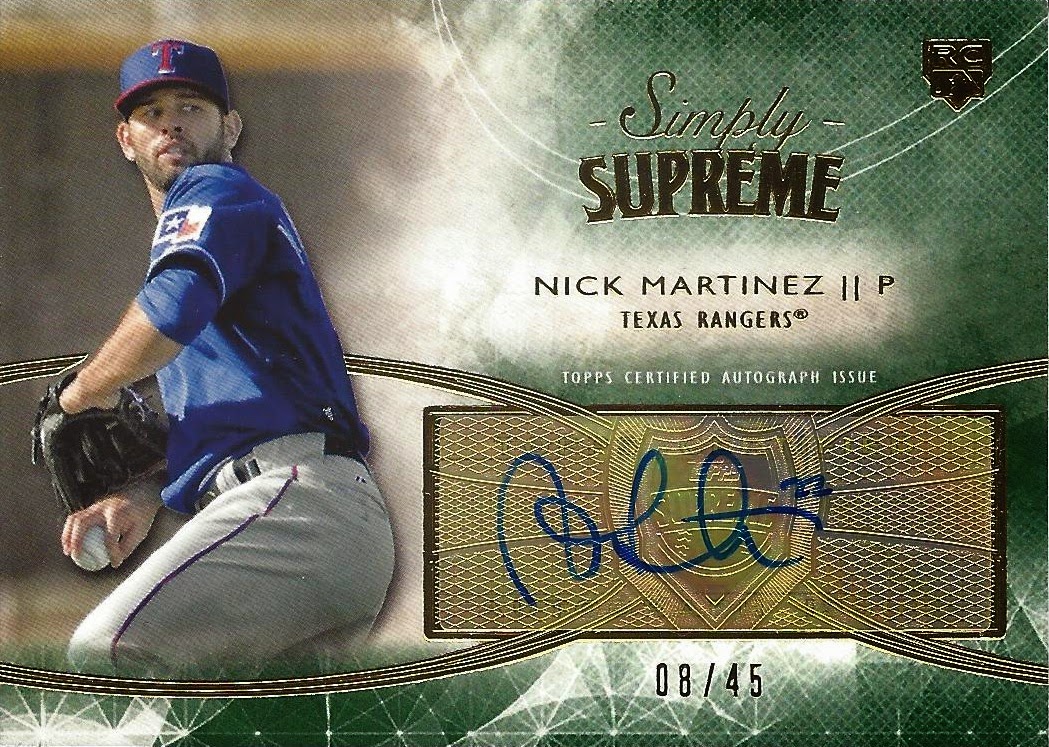 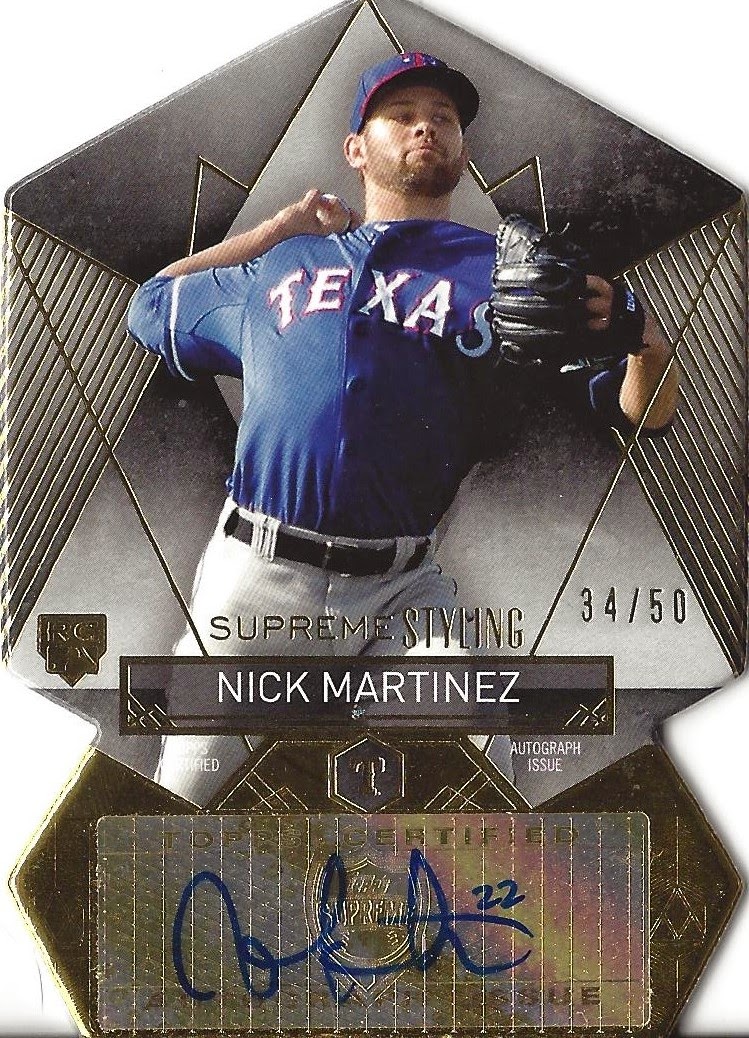 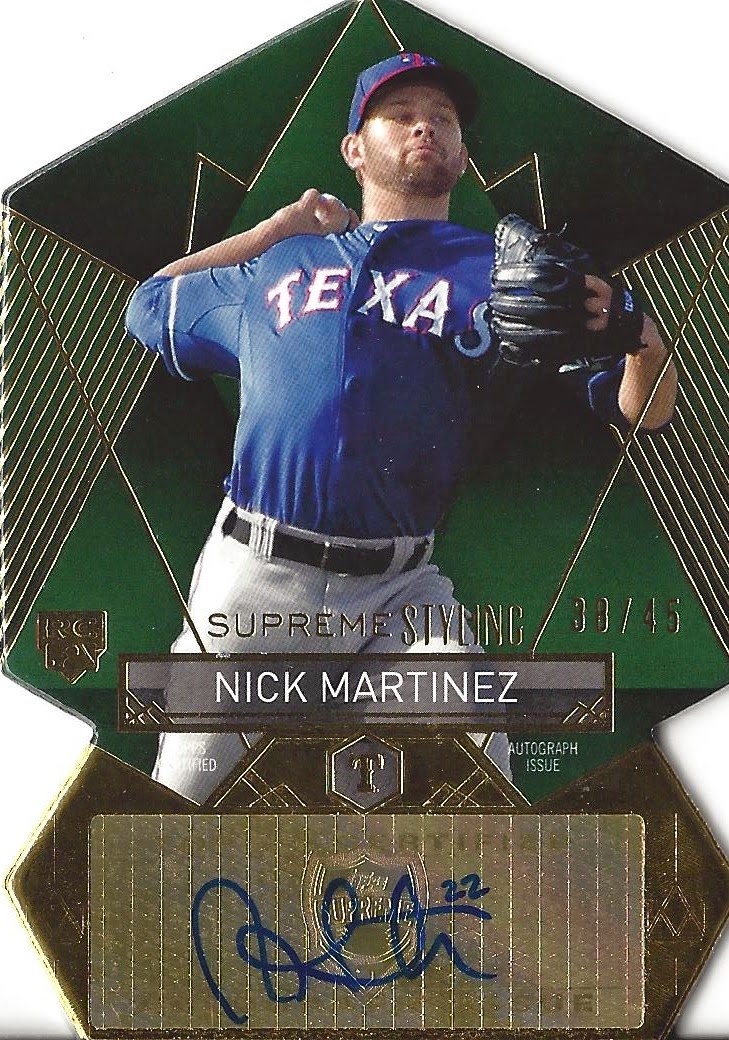 These three come from this year's Topps Supreme. We have the Simply Supreme Green parallel, as well as the Supreme Styling base and Green parallels. There are a ton of these damn parallels, it seems. Combined, all three cost me less than $10. 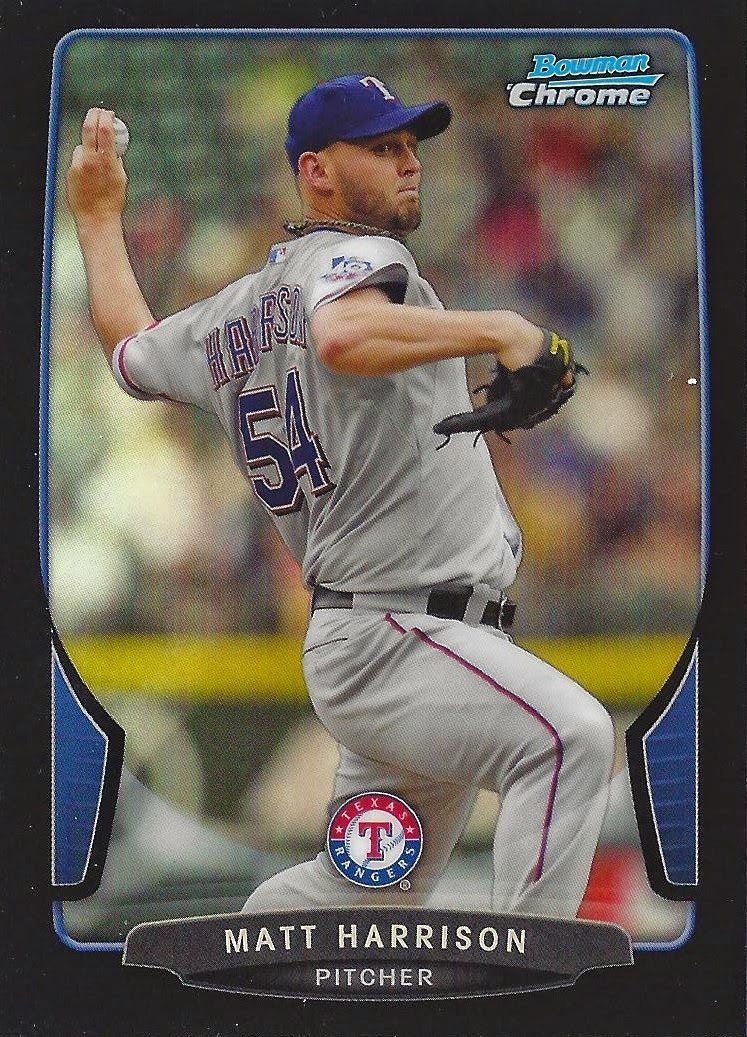 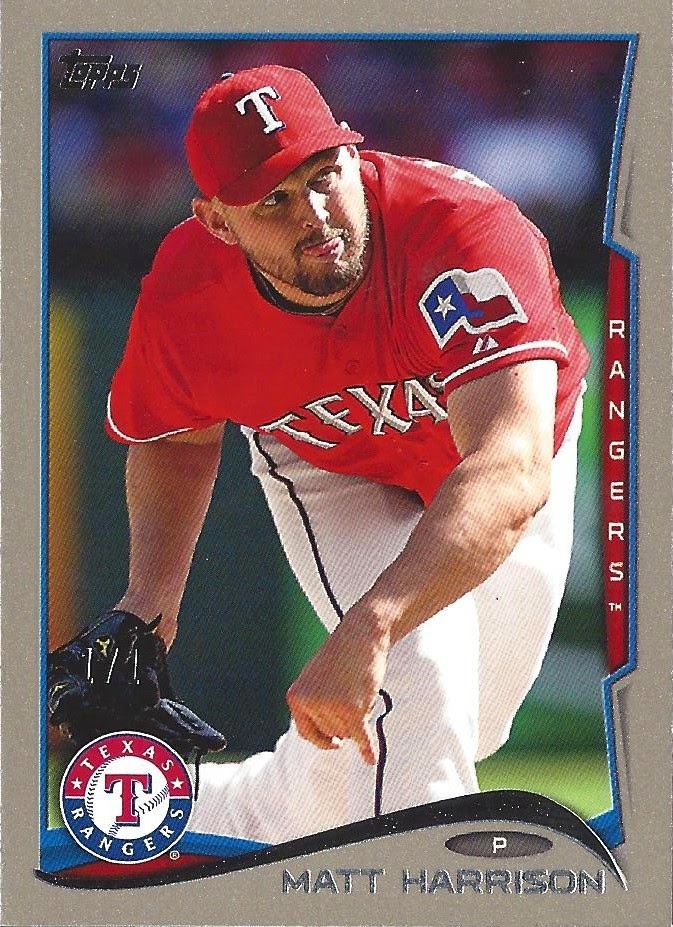 I was also able to snag the 2013 Bowman Chrome black refractor, numbered to 15. The card below it tricked me. When I saw it pop up on eBay, I saw "2014 Topps Platinum" and I bought it for the price of a couple blasters. It was the missing piece in my 2014 Topps Matt Harrison Rainbow, other than the acetate parallel.

However, what I did not see was the word "Mini" in the description. It was there; I just missed it in my excitement. dammit. Oh well, I needed it...I just didn't want to spend that much on it.

Perhaps my biggest addition, literally and figuratively, though, was this guy: 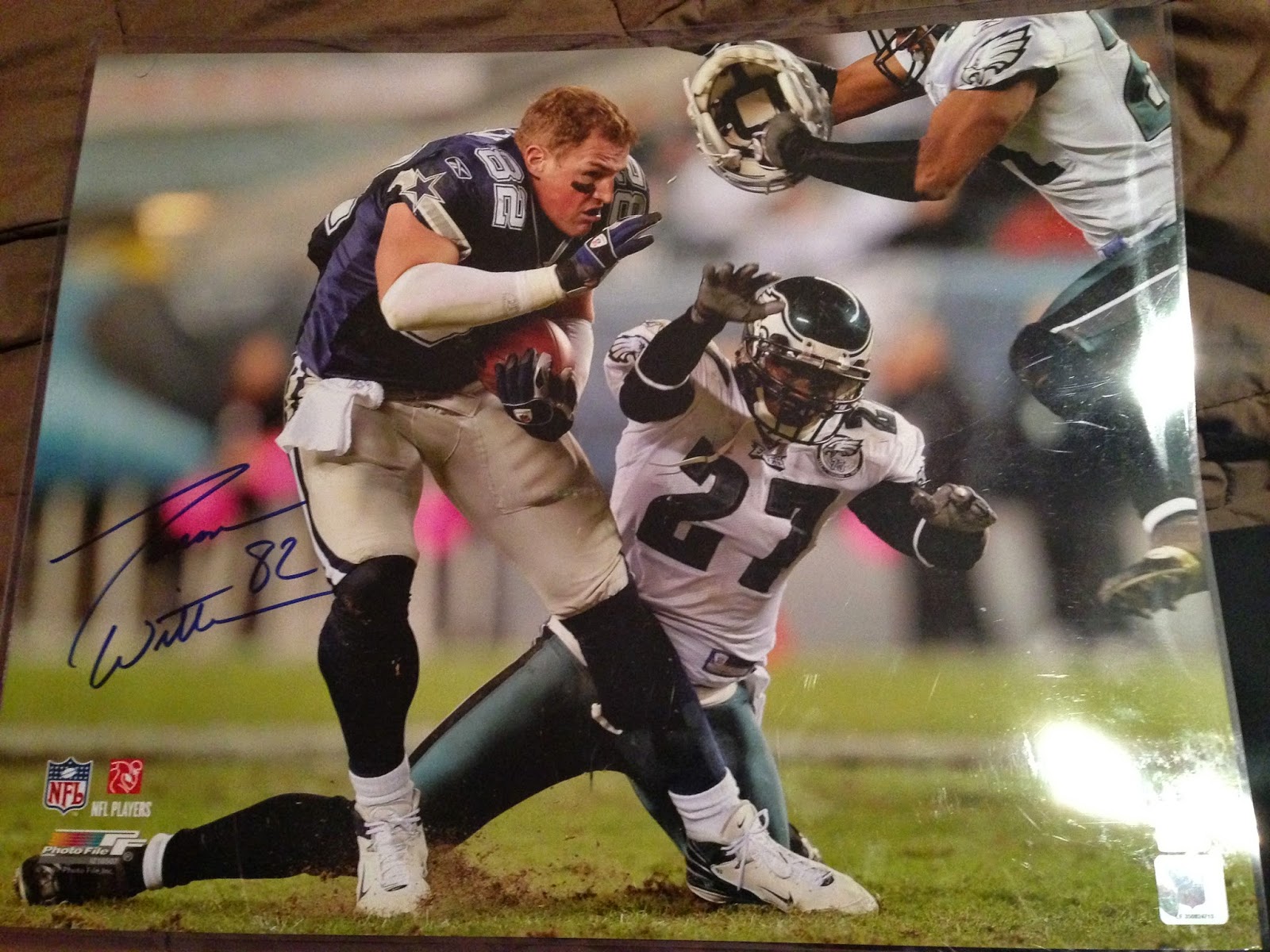 You can't tell by the photo, but this thing is huge: I haven't measured it, but I'm willing to bet that it is roughly 30" by 20". My cousin knows Witten through work with his charity, and he gave this to me out of the blue on Christmas night. Witten is probably my favorite sports figure, so I was pretty damn excited to get this, especially since it is a photo from the greatest play in NFL history (my opinion, of course). Here's the video:

I hate the Eagles, so this was pretty awesome.

Anyway, on to the big news. For the last three years, I have been working in the oil and gas industry. If you know anything about it, it is a very fickle beast and job security is an illusion. I've worked hard and earned my position as vice president of land services of my company. However, in an effort to secure a better future, I made a big decision.

I received a call last week asking if I would be interested in returning to Texas Tech to get my PhD while working with a team to research energy communication. More specifically for me, I will be looking at the interplay between energy communication and policy. This will open many doors for me in the future, from teaching to lobbying to consulting. (I already have an offer to teach at Creighton when I am finished, so there's that)

What that means for this blog: well, primarily it means that I will have less time and money for a few years. My PC's are going to rely heavily on you, my card-collecting friends, to grow through trades. I will still try to open a box here and there, but I am going to be cutting back. My posts may fall to one per week. But I will still be able to read all of your outstanding posts, so please don't think I am disappearing!

I hope everyone had a wonderful Christmas, and I look forward to hearing more about your incredible holiday pickups!
Posted by J. Meeks at 12:27 PM