Another Top 5 Most Wanted Finds Its Way To Me

I went almost six months without adding a single card to my collection from my Top 5 Most Wanted List.

Now I've added two cards in less than a month.

First, it was the Jon Daniels auto from 2012 Topps. Now it is something...smaller... 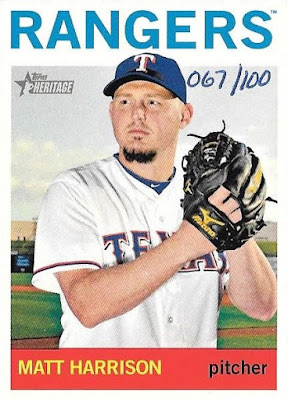 Maybe you can't tell, but this is a hand-numbered mini from 2013 Topps. Don't believe me? 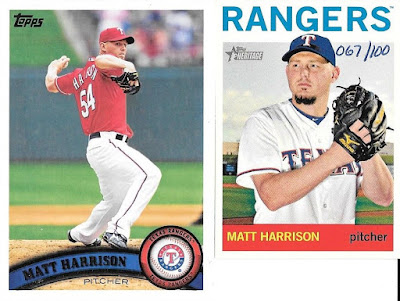 Here it is next to a normal-sized card. I told you it was a mini.