Yesterday, I stopped at a Walmart in a different city to see if they had any 2014 Bowman. Though my set is complete, I still have the urge to open more. My Walmart sucks and doesn't have any new packs - no Archives, Bowman or S2.

This particular Walmart only the had the hanger packs - you know, the package that has 3 packs and three purple parallels. They had just been hung by the woman responsible for stocking the section, so I grabbed the front two packs and tried to get out of her way. I had taken two steps when I heard her yell over to me, "Hey, c'mere for a second."

I walked back to here and she grabbed the two packs from my hand and squeezed them on the sides. I cringed, thinking of the damage she was probably doing to my cards. She grabbed another pack and squeezed it, then handed it to me along with one of my original packs.

"That one has something in it," she said, pointing to the pack she handed me.

Naturally, I then tried squeezing the two packs but could tell no difference. So I tore a corner from the pack she prophesied about and paid for my items. I quickly walked to my truck and proceeded to rip open the pack that supposedly had something in it. 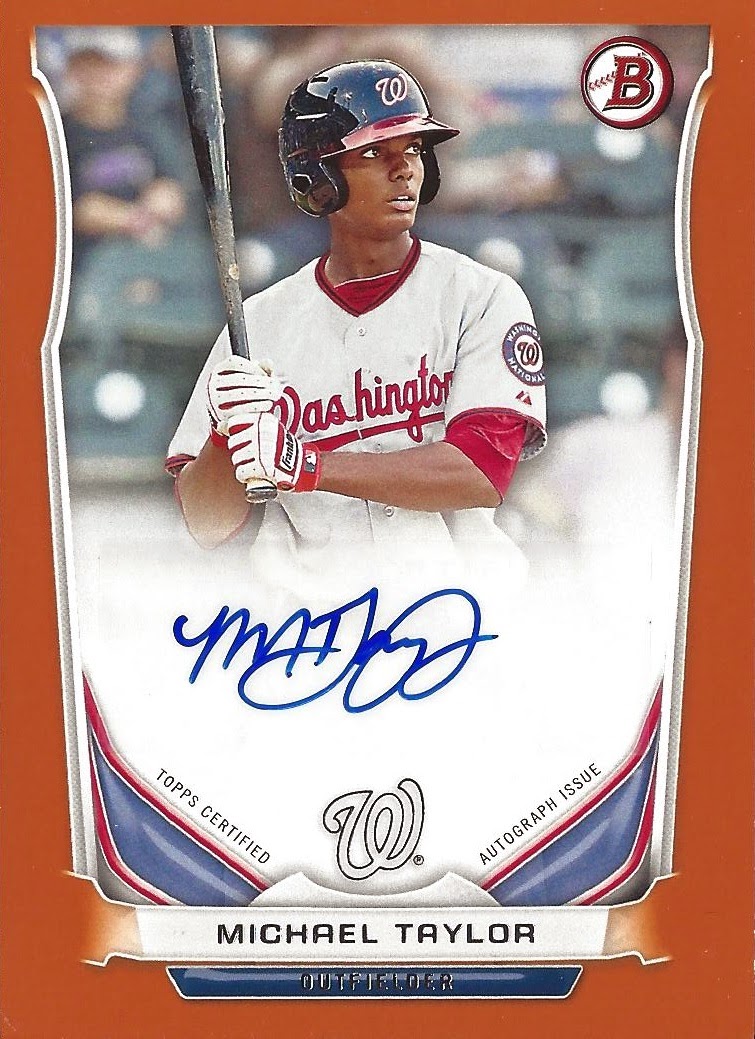 This was int he very first pack. How in the hell did she do that?

Anyway, it's going on eBay. The moral of the story is this: next time you see someone stocking the cards at Walmart, ask them to pick the packs for you.
--------------------
I mentioned yesterday that I am trying to grab a purple Luke Jackson auto. Yesterday, I noticed that the seller of the card had it listed twice: first as a BIN and second as an auction. He had the card listed for more than a week as a BIN, so I assumed he got tired of not receiving any bids and had decided to relist it as an auction, forgetting to end the original auction. I thought I would try to help out and save him a little grief by letting him know that it was double listed.

Needless to say, I got a message back that just said "Thanks." Thirty minutes later, I received another message from the seller:

Okay, so he's got a friend that is a dummy bidder trying to drive up the price. What an a-hole. So then I politely replied that I already have an orange auto and that all I need is the purple, red and superfractor. A few minutes later, he responds:

Now I'm curious. the /10 autos are purple, not orange. The prospects do have orange wave autos, but those are numbered to 5. So I ask the guy to send me a picture of it.

I never received a response.

Sellers like this ruin it for the rest of us. I hate these guys.
--------------------
In my last Luke Jackson color post, I mentioned that I was waiting on the USPS to get me my card. Well, it appears that the card is lost after being "missent." Here's the card I was waiting for: 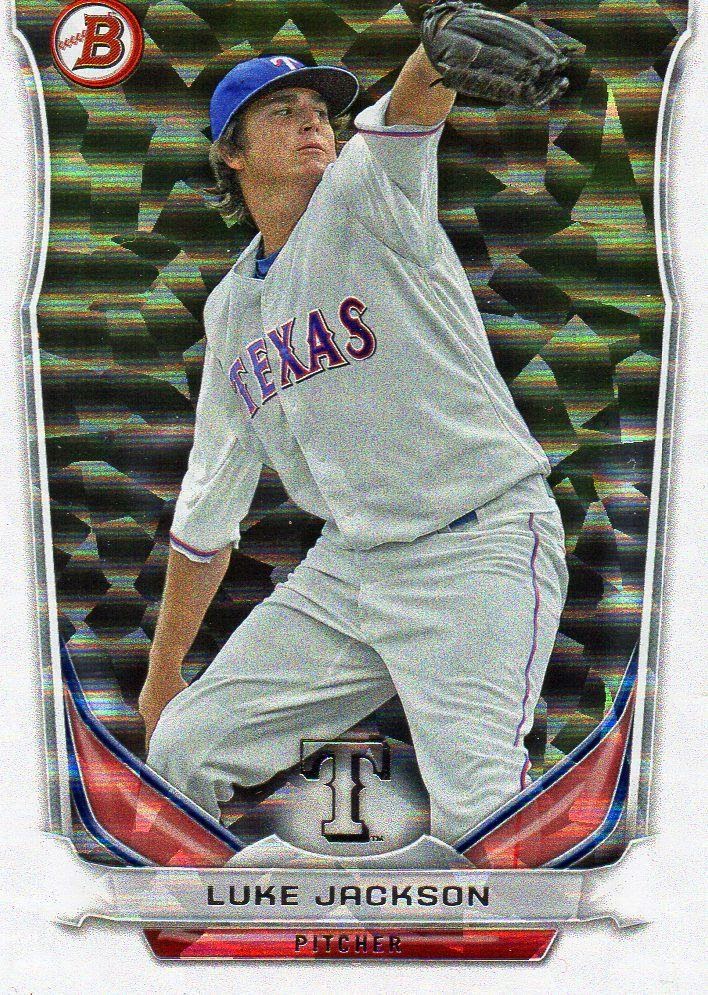 It's the White Ice 1/1. Naturally, if it is lost, it can't be replaced. But here's the bigger issue.

I went to eBay to contact the seller and let him know what was going on. I clicked the "Contact Seller" button. I was then prompted to furnish a reason for contacting the seller, so I selected "I have not received my item." It then gives me a long-winded and useless generic answer, followed with "Does this answer your question?" It didn't, so I selected "No." Finally, it allows me to send the seller a message.

So I wrote my message in the box explaining that the postal service appears to have lost the item and that if I haven't received it by the weekend or gotten word back from the postal service about its whereabouts, I would need to work with him to get my money back. I didn't want to blindside him and open a case out of nowhere because I didn't want to piss him off. It really isn't his fault, but as the seller, you assume all responsibility for the item until it is delivered. That's eBay's Buyer's Guarantee.