What is it all about?

Last night, I went to the Rangers game. They were playing the Brewers and giving away Ranger-themed beer steins to the first 30,000 fans that showed up.  I was sold.

I had a few extra tickets, so I brought some friends along with me, as well as a friend of a friend who I hadn't met. This young man's name is Vincent, and we hit it off pretty well.

During the course of the game, a foul ball was hit our way and Vincent was able to grab it.  I've been to more than 150 ball games in my life and I've never caught a foul ball.  I tried buying the ball from Vincent, but he wouldn't let it go. 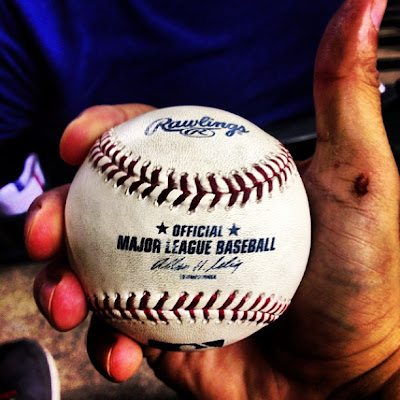 As the game ended, we exited the stadium. A courtesy cart was taking a woman and her son to their vehicle, but for reasons I still don't know, they stopped in front of the gate we were leaving.  The young boy clearly had been burned over his entire body at some point in his life.

Vincent, without so much as hesitating, walked up to the young boy and said, "Hey, I caught this ball for you! Please take it!"  The boy's mother started crying and you could see the happiness in the boy's face. 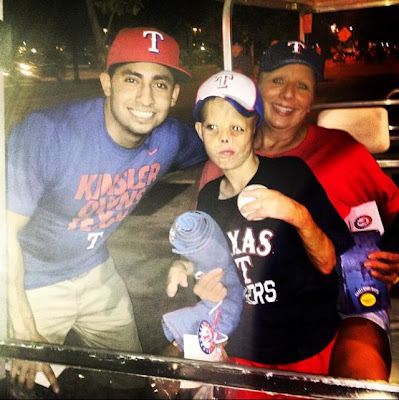 This is why I love baseball, and sports in general. It allows us to connect with people we otherwise would never know and share joy with one another, even if it's for just a brief moment in time.

This is also why I know God exists. Don't take this as me trying to preach.  But this shows me the humility and compassion that God has given all of us and His love for us shines through in actions like those of Vincent.

I just met Vincent last night, but I can already tell you - he is one of the greatest me I have the fortune f knowing.
Posted by J. Meeks at 10:23 AM