I was on the road for work this morning, so my secretary was kind enough to grab my mail for me when she went to the post office. Here's what I had on my desk waiting for me when I returned this afternoon: 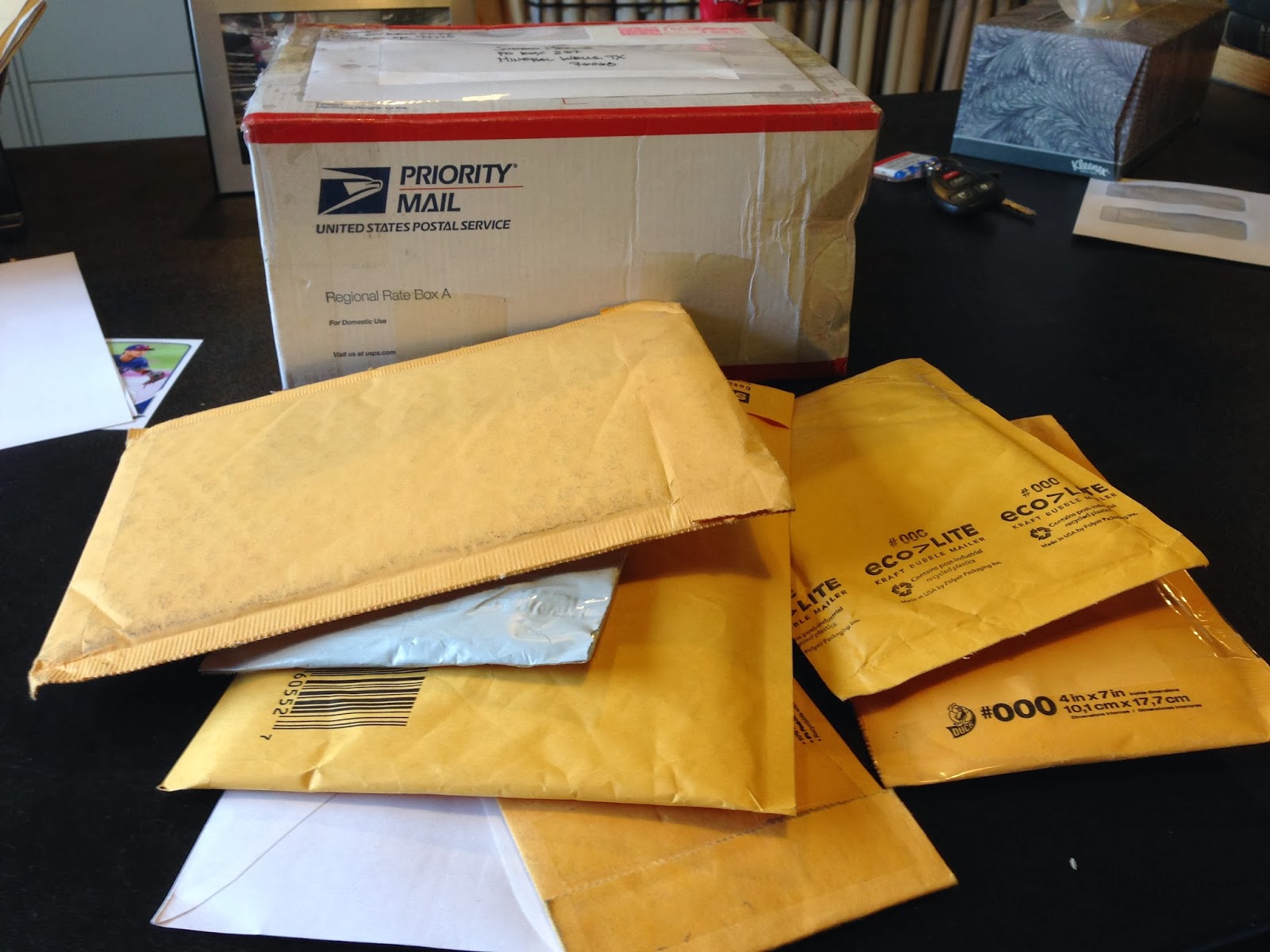 That is six bubble mailers, one PWE and one Priority Mail box! SWEET!

The bubble mailers and PWE were mostly cards that I bought on eBay for some of my PC's. For instance: 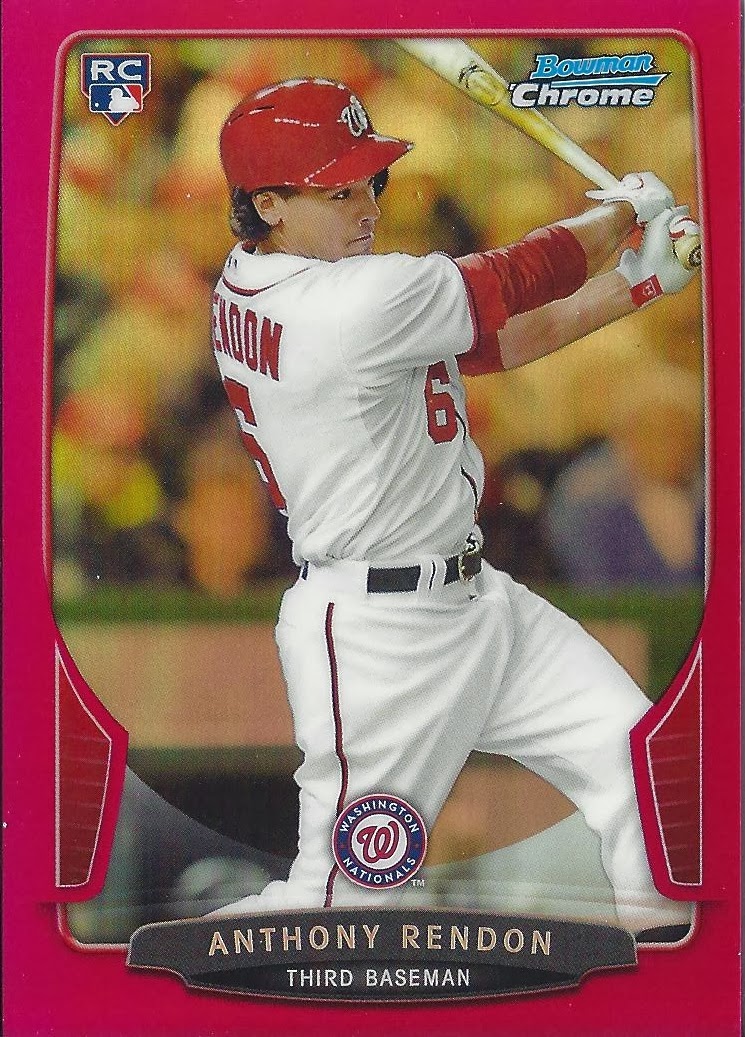 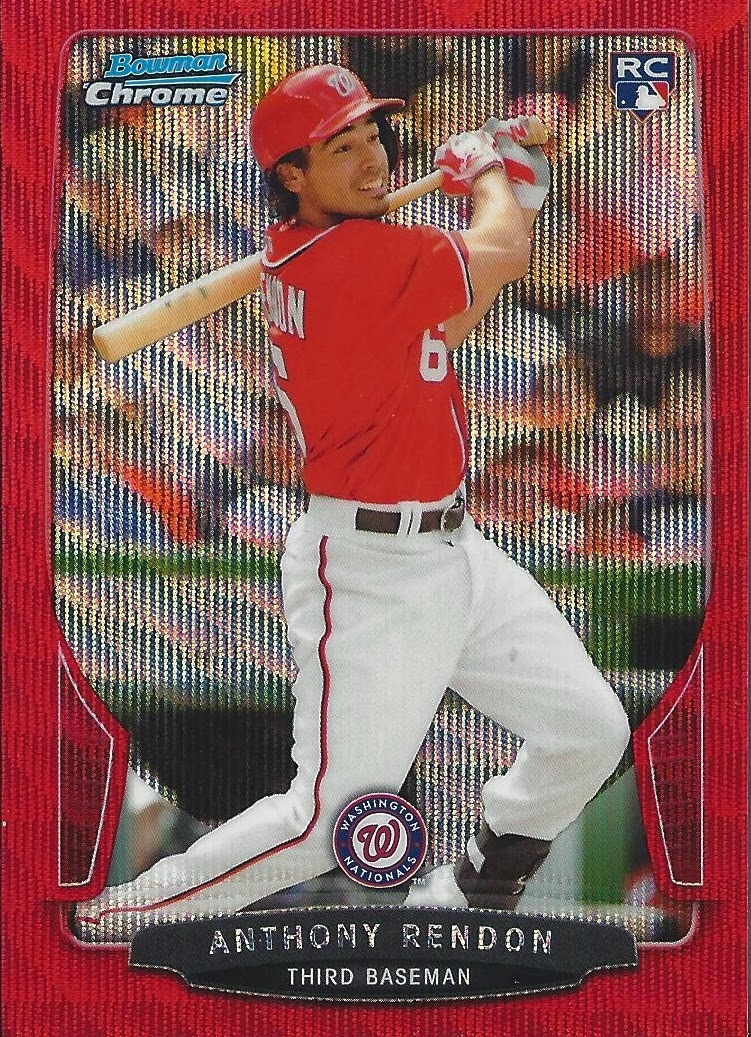 My Anthony Rendon PC picked up a couple additions, in the form of the Bowman Chrome Pink refractor (magenta, pink, whatever) numbered 35 of 35 (top). I also snagged the red wave refractor from Draft Picks and Prospects, numbered 13 of 25. 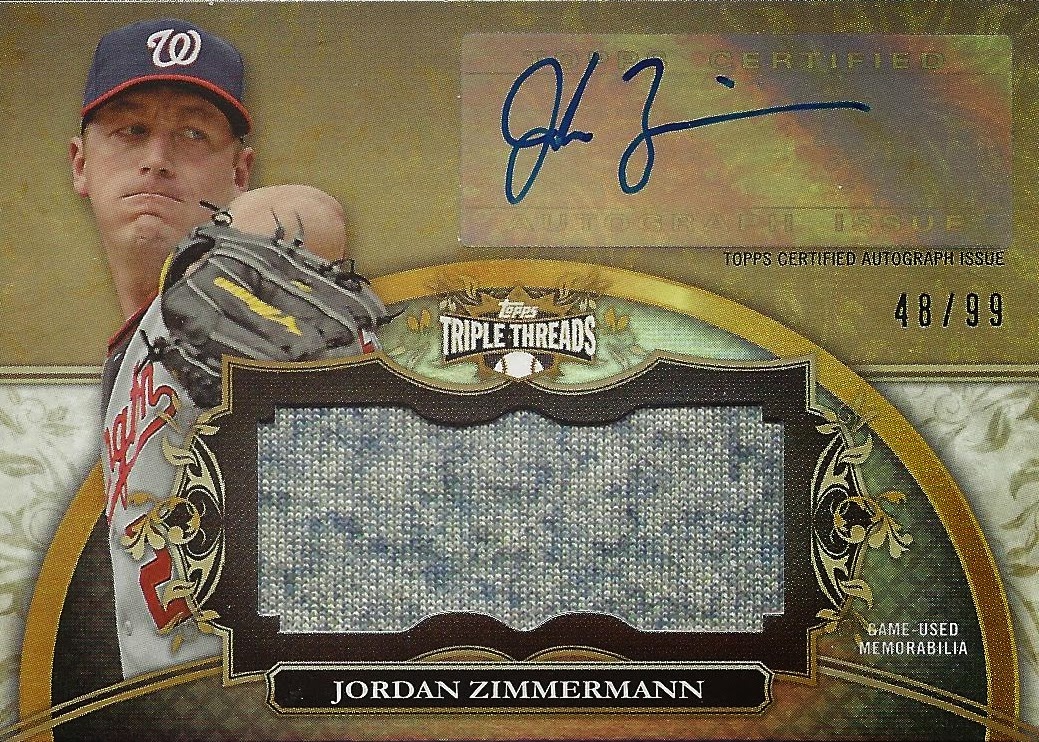 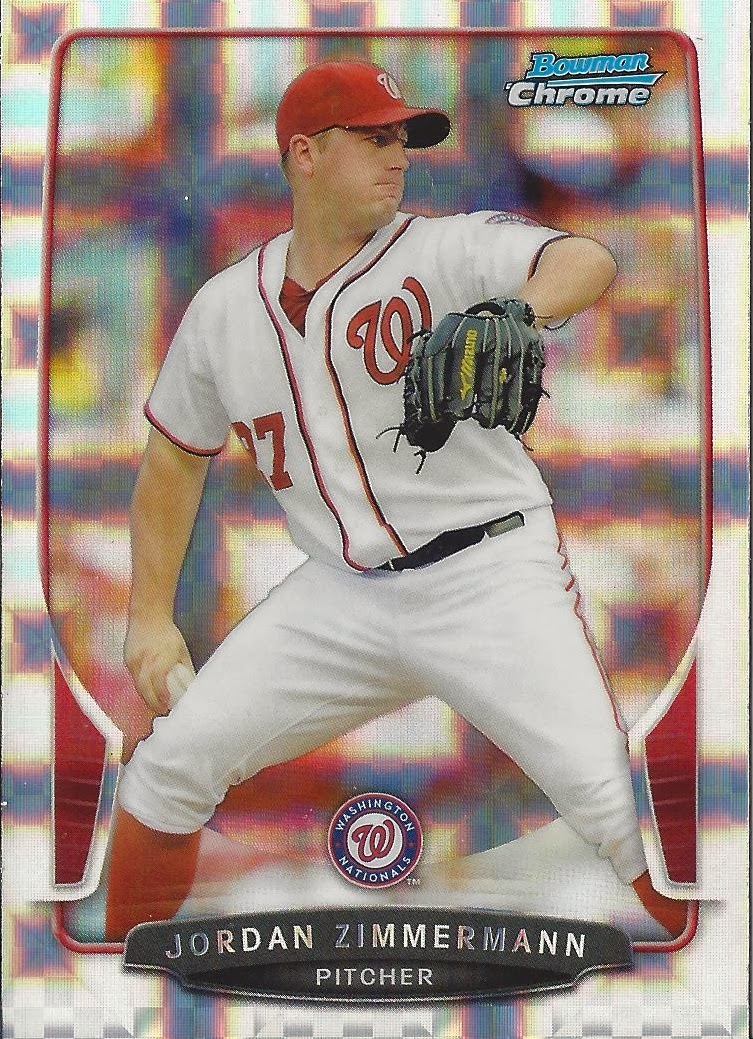 I need to admit to myself that I have a mancrush on Jordan Zimmermann and officially start a PC for him. I snagged this 2013 Triple Threads auto/relic, numbered 48 of 99, for less than $7. I also added a Bowman Chrome XFractor for my rainbow.

Sticking with the theme of Nats and rainbows (pretty sure that sounds awkward), I snagged this Matt Derosier black refractor, numbered 5 of 35: 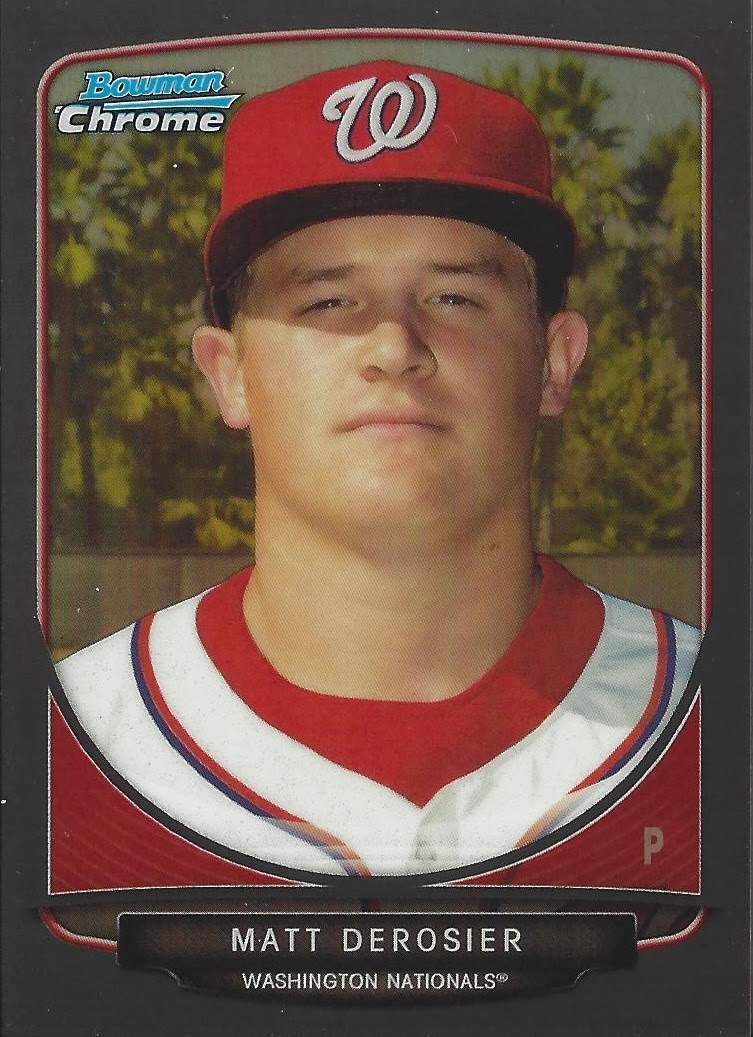 While I'm talking about Derosier, I'm going to transition into a couple of packages I received in response to my cry for help last week. Alex from Chavez Ravining sent me this Matt Derosier Chrome Base card (which I didn't have, oddly): 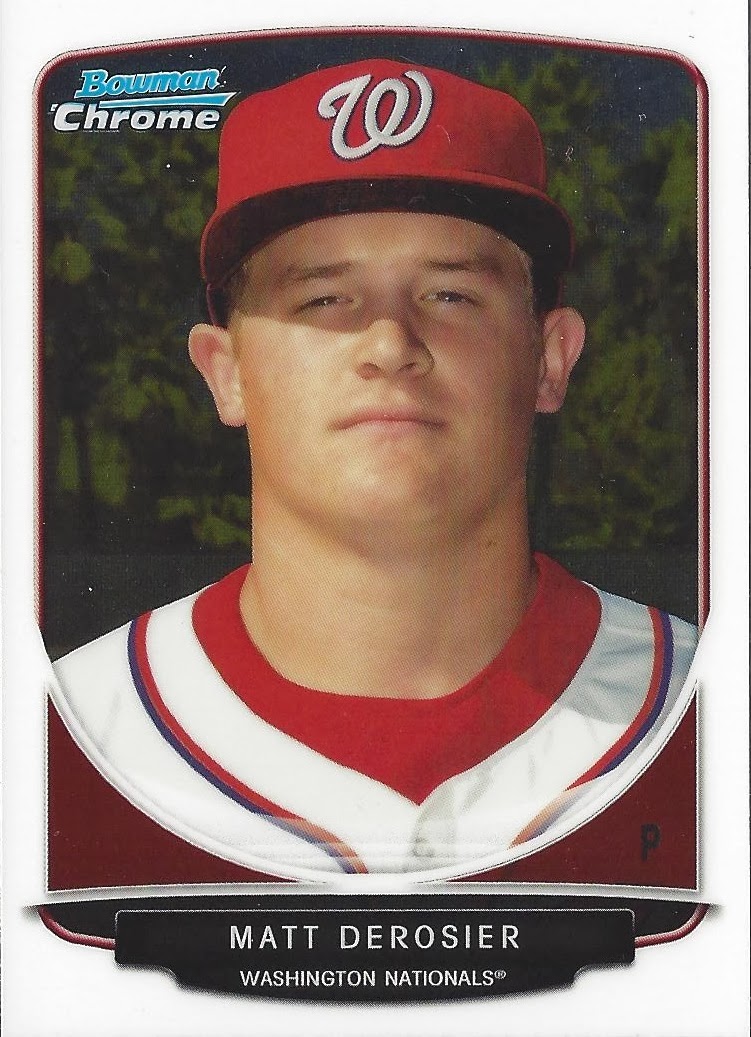 Along with 29 other cards from my needs lists. So he has 30 entries into my contest for the blaster. Also picking up entries was Kenneth from cardboardhogs.com. He sent me this: 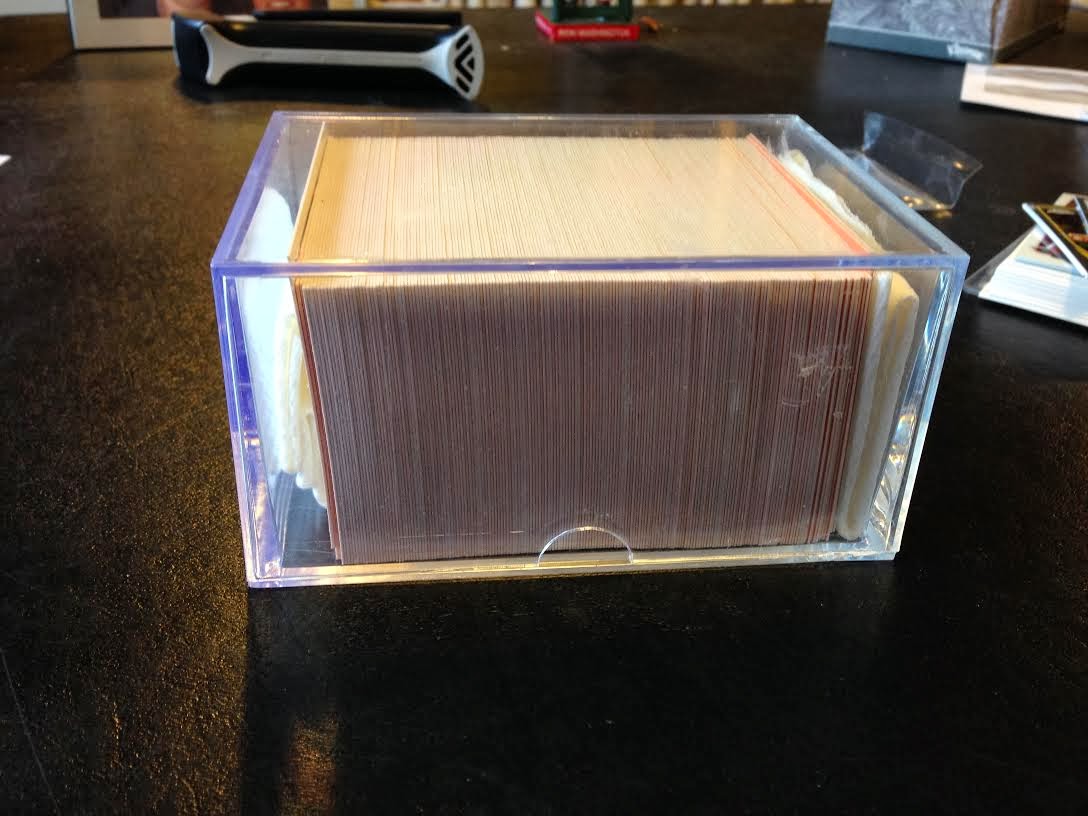 That is 179 cards from my Heritage needs list. Boom! The man picks up 179 entries in my contest! In the process, he knocked out my remaining Heritage needs except for six cards. So get on that and help me out!