I haven't posted in a few days. I realized this weekend that I pretty much stay away from my computer. I get enough of it during the week, I don't need it on the weekend.

Back to what's important: mail! I snagged a few cheap cards for some of my PC's on eBay. None of these cards cost me very much. So, without further ado, here we go! 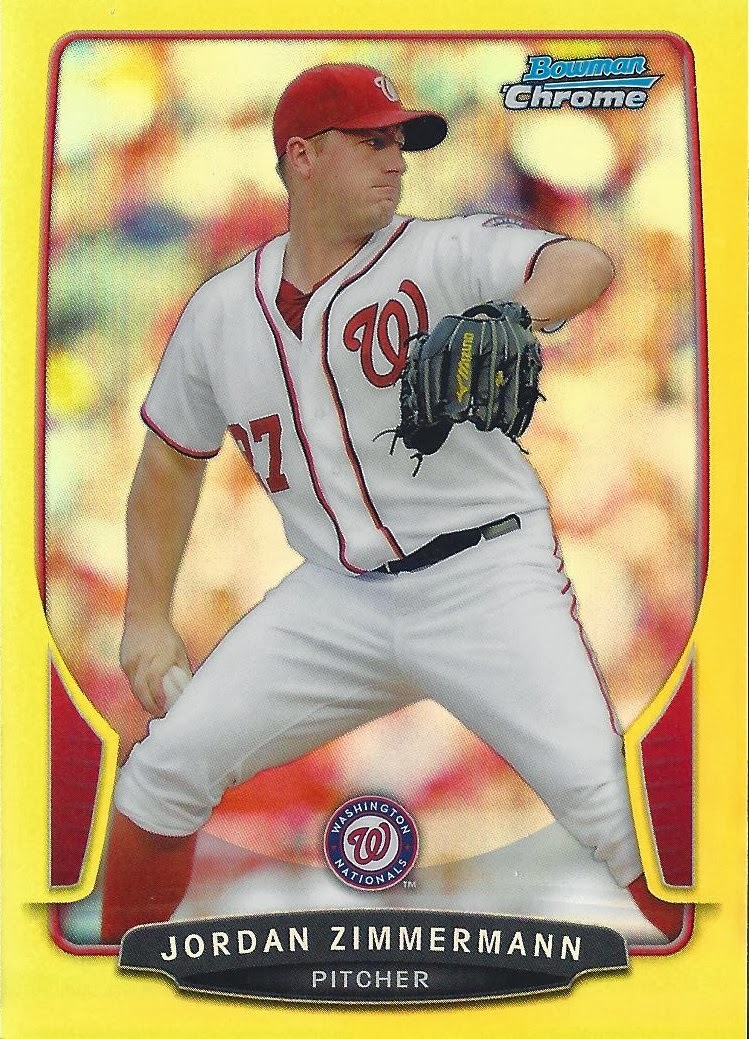 The canary yellow rerfactor for my 2013 Bowman Chrome rainbow! This beautiful lady is numbered 5 of 10. Love it. 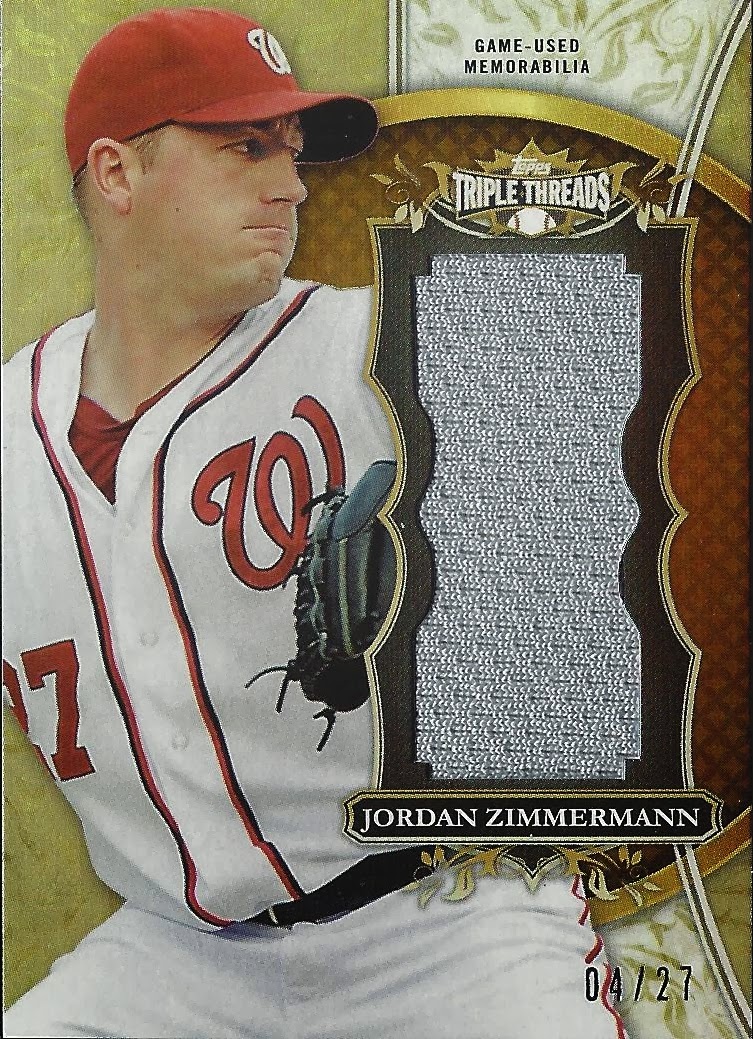 I'm shocked to see that a Topps product used the same picture on this card, too! Oh well, I'm certain that it was an unintentional mistake. Either way, I snagged this beauty for just a few bucks. This 2013 Triple Threads Sepia Unity Jumbo Relic is numbered 4 of 27. 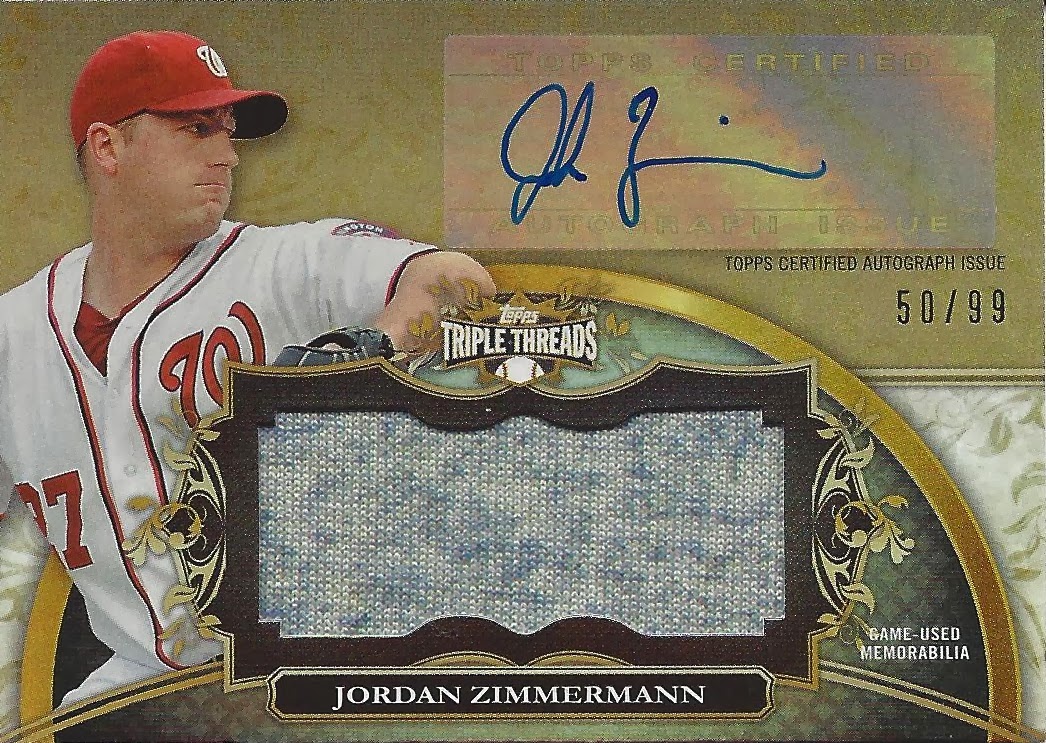 All kidding aside, I do get frustrated by the lack of originality in some of Topps products. At the absolute minimum, Topps should have different pictures for different products. I know some of you have voiced this complaint before, I'm just finally voicing my displeasure as well.

Enough with Invader Zim (think that will stick?), let's see what else the mail brought me. 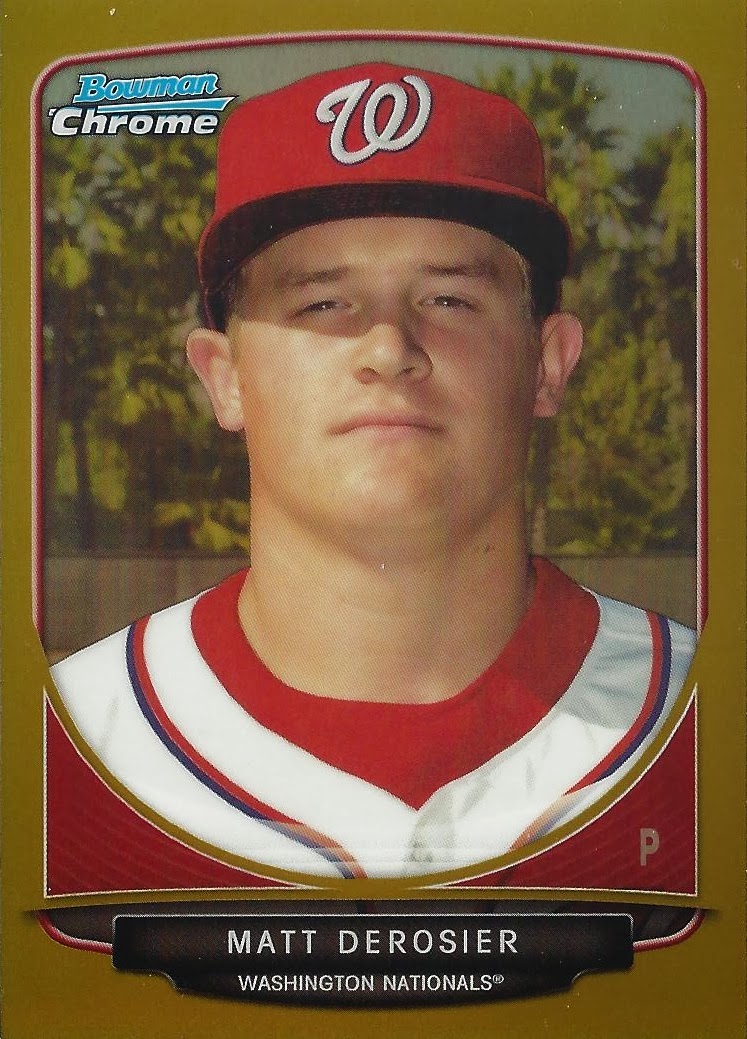 This 2013 Bowman Draft Picks and Prospects gold refractor is numbered 27 of 50 and adds to my slow-growing Matt Derosier rainbow. It's a nice addition.

Last, but certainly not least, Mr. Rendon makes an appearance: 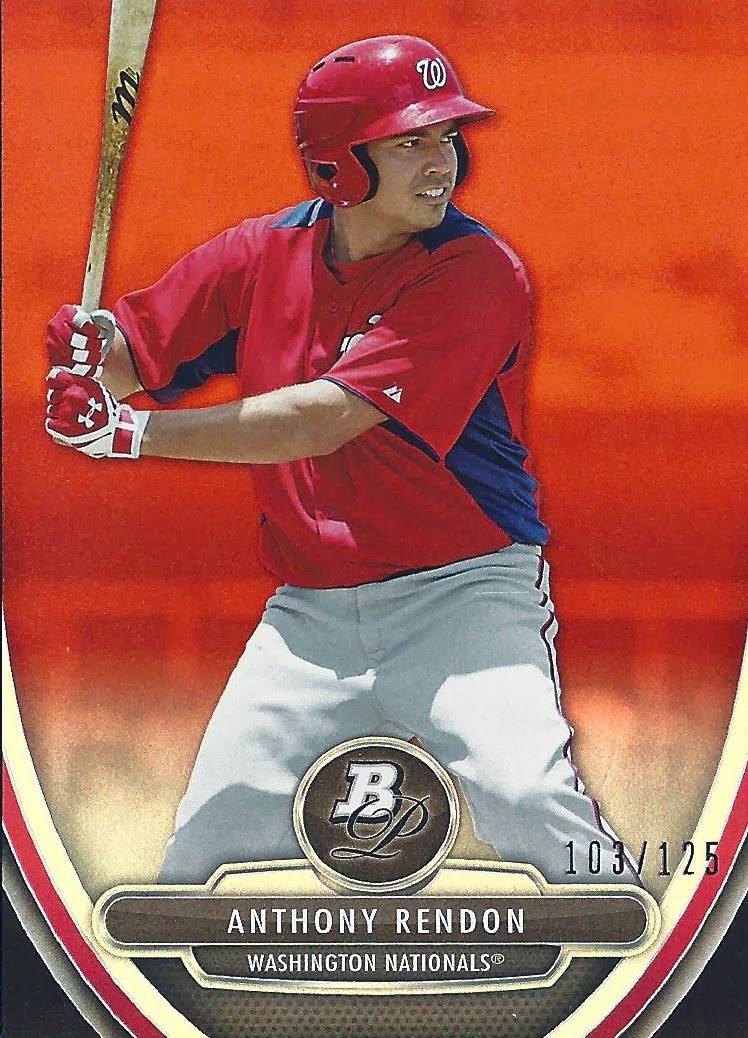 This is no refractor; rather, it is an atomic orange paper parallel from 2013 Bowman Platinum that was a National Convention exclusive. This baby is numbered 103 of 125. I dig it.

So there you have it: my acquisitions for my PC. I hope you like them as much as I do. Have a great day e'erybody!

PS - Enjoy this Primus video, one of my nominees for Creepiest Video of All Time!