The bottom line is this: I'm struggling with both my collection and what I want to collect.

For instance, I still want to collect Rendon, but my Topps Chrome Auto Rainbow quest has essentially fallen by the wayside. Not as in, "I grab one when I can," but more like "I should just sell these so I can get other cards I want."

And my Matt Derosier Bowman Chrome Rainbow? Not interested anymore.

My fear is that all of my collections will go through this cycle. Does anyone else ever go through something like this? If so, what did you do? I know this all sounds silly, but it is a genuine concern for me at the moment.

There are some player collections that I have no problem with though, and I have been steadily adding to those. For instance: 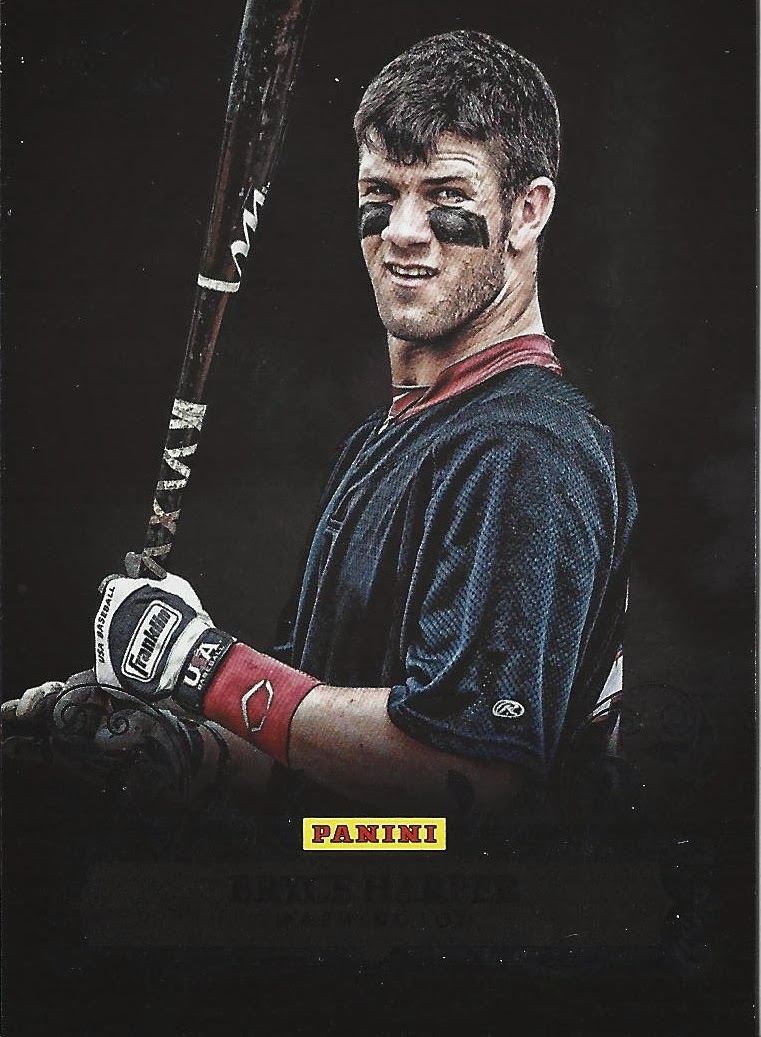 I haven't added a card to my Harper player collection in a while. I found this one on COMC for a good price and I had to have it. It might be my favorite card, which is really saying something considering how much I dislike Panini. The black background is awesome, but the scan did something crazy. In reality, below the Panini name, there is a black box with Harper's name in silver leaf, like so:


I stole this image from eBay. My card isn't the cracked ice/atomic version like this one, but it is exactly the same in every other way. It's strange that my scanner weirded out on the name plate. Regardless, awesome card, glad to have it.

I also added a few cards to my Jordan Zimmermann, Anthony Rendon, Ryan Zimmerman and Nelson Cruz PC's. Go check those out of you want.

I also picked up this card because the price was awesome: 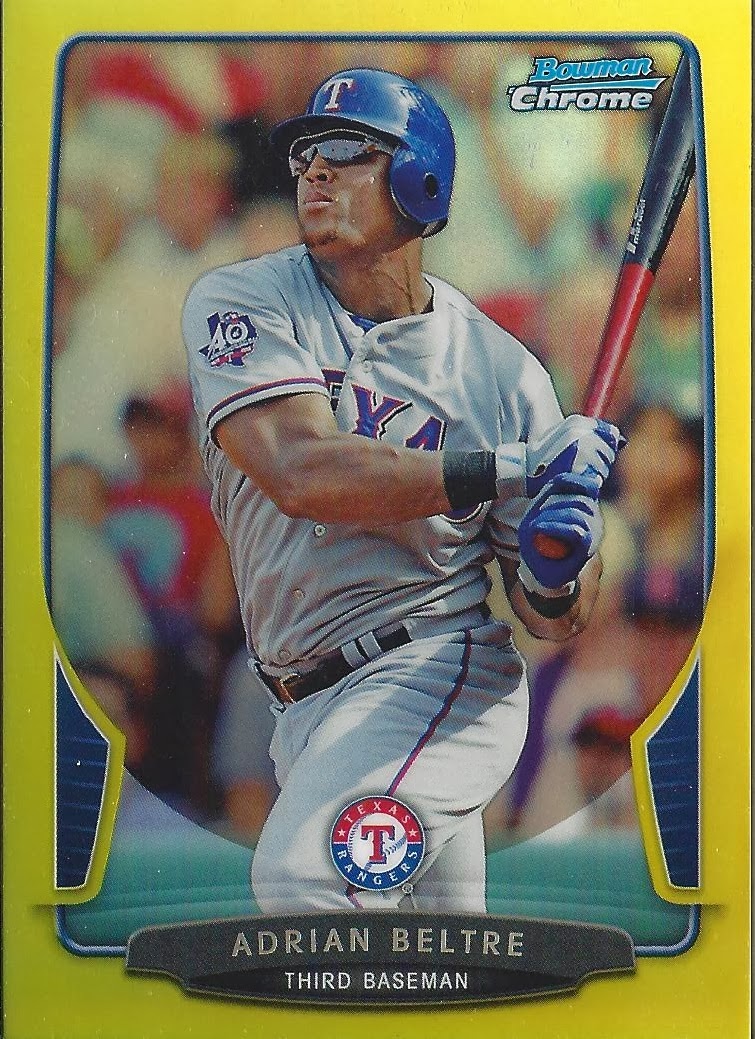 Two things about it. First, the seller charged $2.50 to ship. It arrived two weeks after I bought it in a Christmas card envelope with a $.66 stamp on it, half-way hanging out of the top loader it was in. I was pretty livid over the whole ordeal.

Second, I don't know why I bought it, other than the fact that it was relatively cheap. I'm not collecting Beltre, so I don't have a purpose for it.

Anyway, that's my obligatory post for the day. Hopefully, you can offer up some advice on my dilemma.
Posted by J. Meeks at 12:26 PM