First and foremost, I want to thank everyone for their input on my last post. I'm not tired of collecting, per se, because I'm still excited about set building and a couple PC's. However, I am growing a bit tired of a few of my PC's, so I am going to step back and see what happens if I don't mess with them for a while. If I still don't want them after giving them a break, I'll probably move them so that I can get cards I do want. So again, thank you to everyone that gave me some advice.

Now, on to the main event. I busted a couple blasters of 2014 Series 1 Thursday. The first box was awesome - a Harper hot box, if you will. All of these beauties were inside: 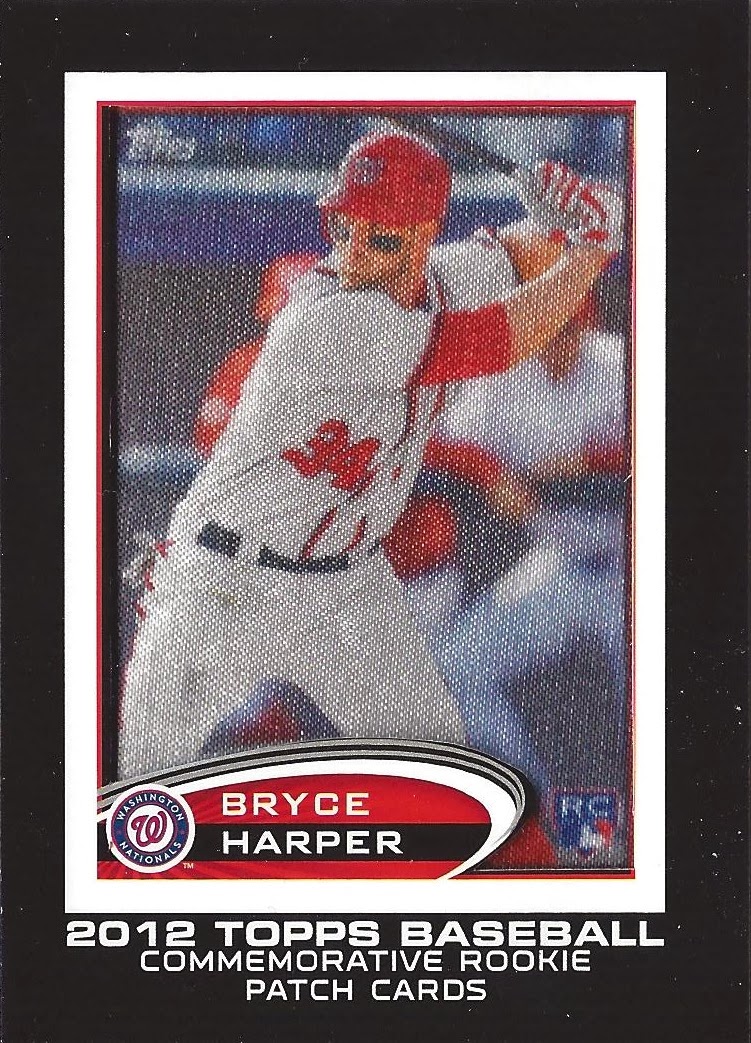 Right off the bat, the blaster offered up this Harper rookie reprint patch. I'm not big into the patches - as a matter of fact, I almost always post them on eBay - but I think I'll keep this one. At least for now. 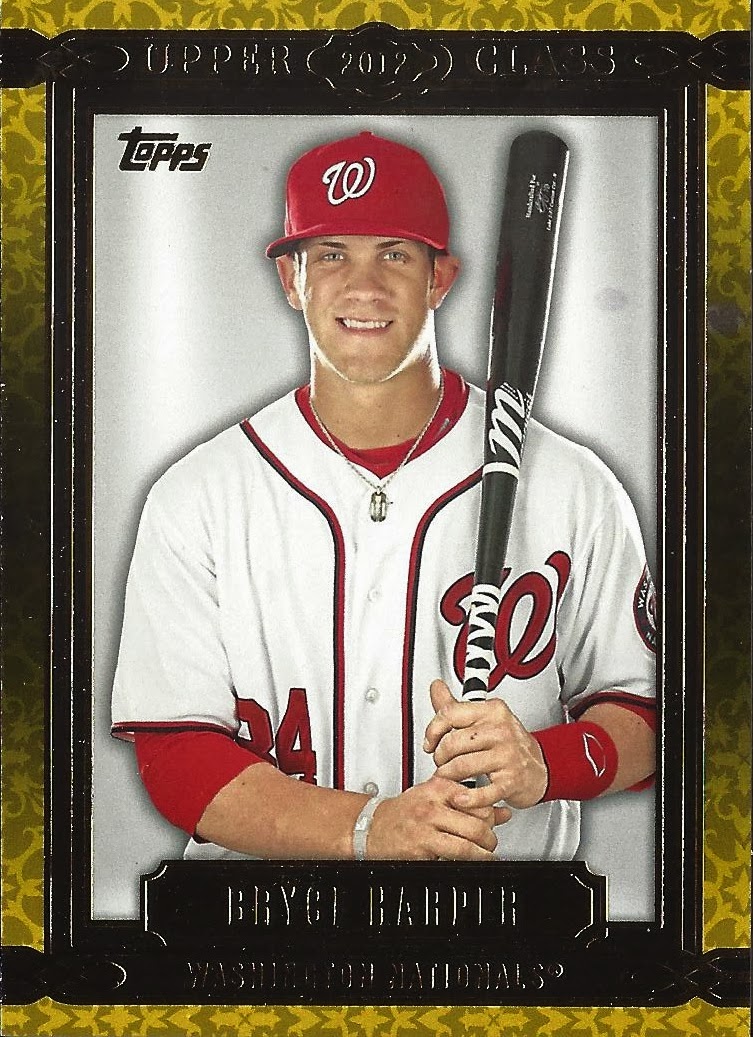 The blaster also had a couple Harper inserts. The "The Future Is Now" insert isn't terribly impressing to me. I'm keeping it because it's Harper. However, the "Upper Class" insert is pretty sweet. The photo is nice - I'm a sucker for the posed photos - and Harper looks like a goofy kid with the hat pulled down and his ears sticking out. Makes me laugh. Glad to add this one to the collection. 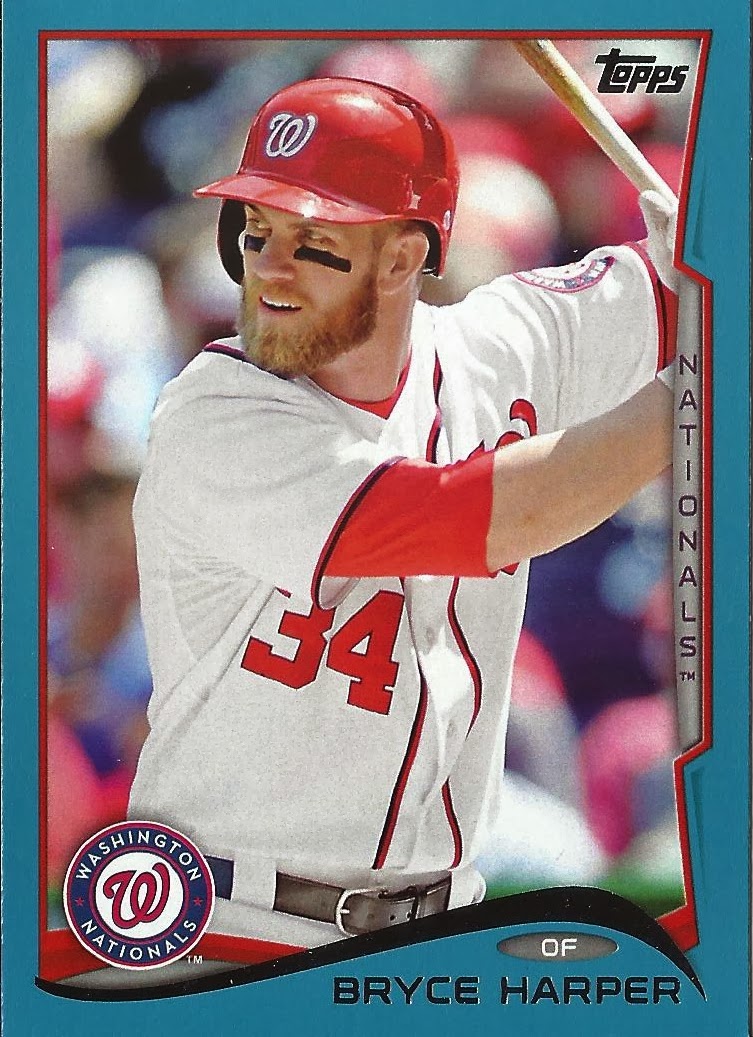 The last Harper was this Walmart blue parallel. Always nice to get a Harper parallel...these things always seem to be ridiculously priced on COMC and eBay.

I also added a few other cards to some PC's that I plan on keeping. I'm not going to go into much detail, so just enjoy the pretty pictures! 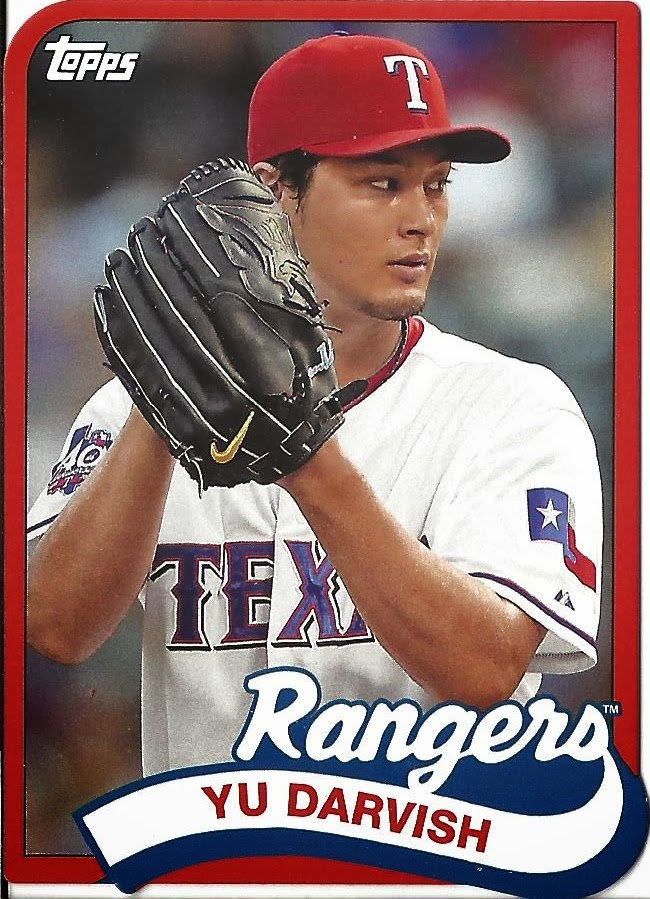 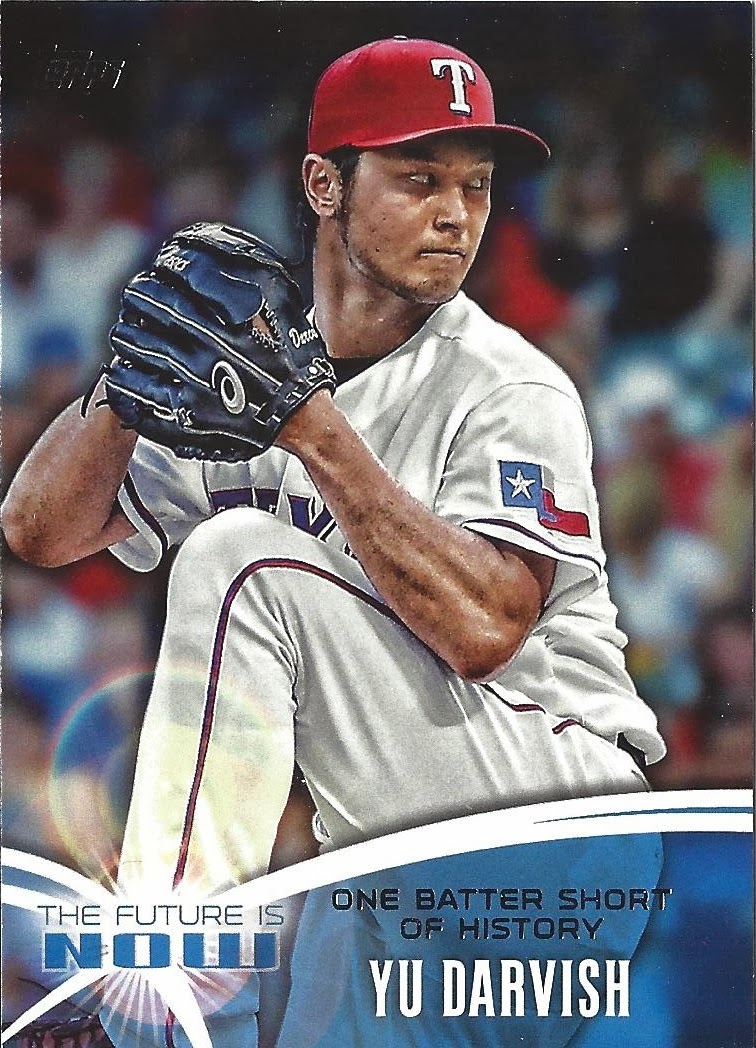 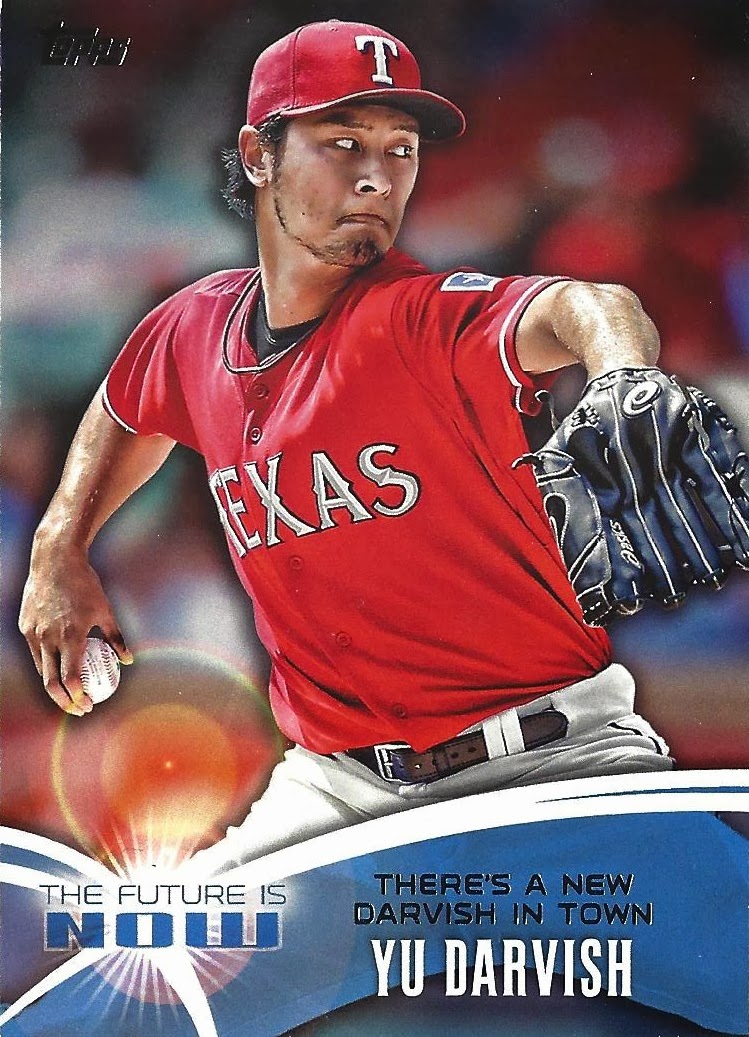 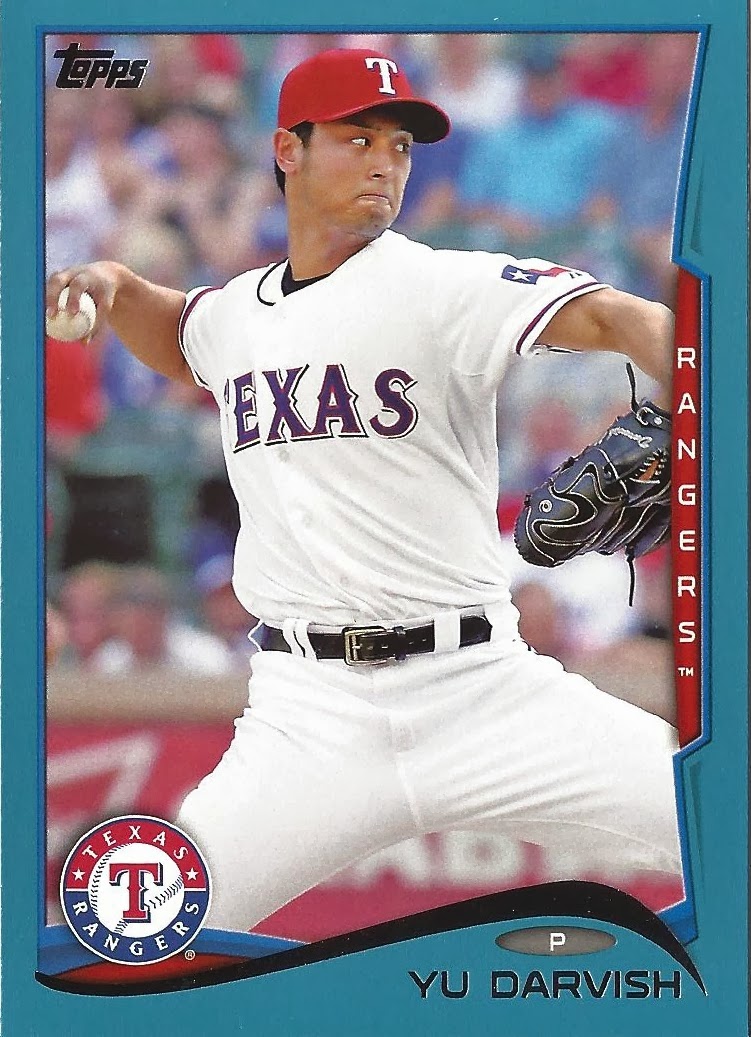 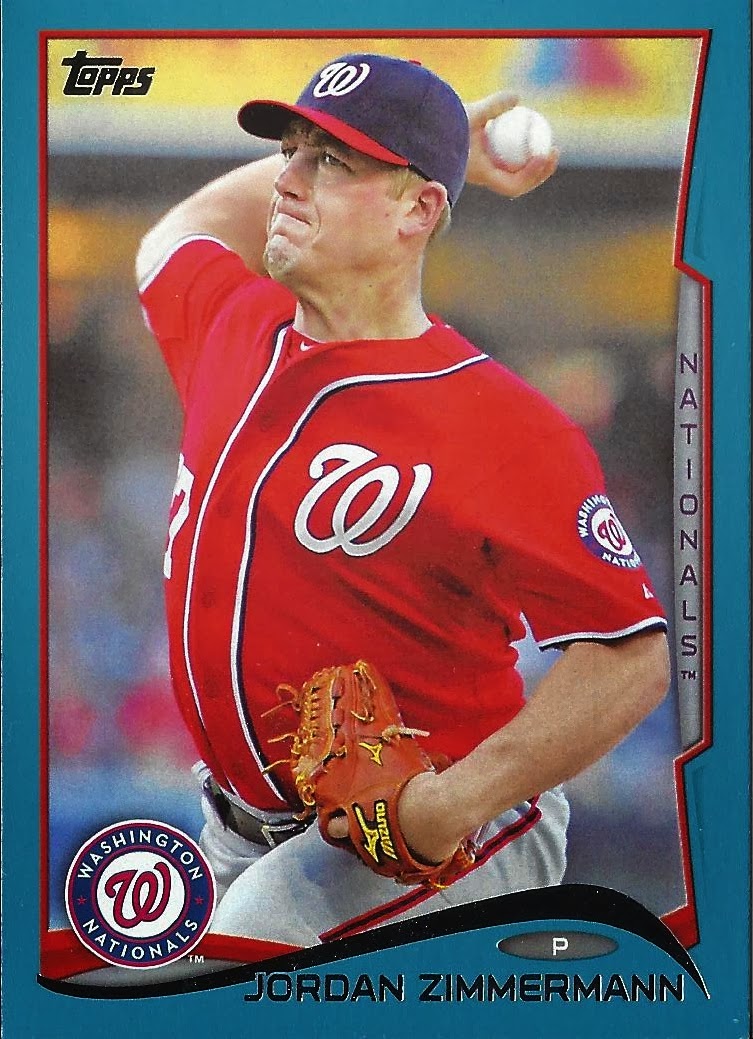 And Invader Zim (I'm going to make it stick)... 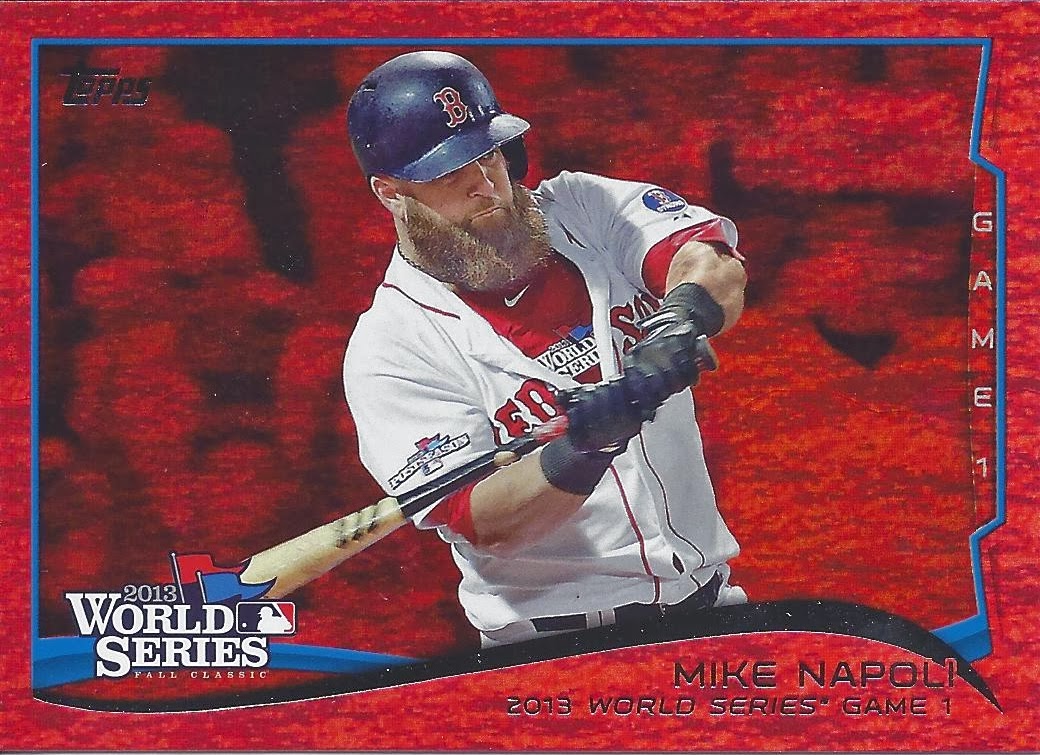 And lastly, the red sparkle Napbeard in all its glory. How awesome of a card is that?!

For the record, not all of these came from my first two blasters. I bought a couple more later. I am almost done with my set, so any help would be appreciated!
Posted by J. Meeks at 12:36 PM