The Best Hobby Box I Ever Opened...Followed By One Of The Worst

Yesterday, I stopped by my LCS to blow off steam (it was a very long day at work). I'm almost finished with my 2014 Topps S1 set, but I decided to buy a hobby box for shits and giggles (pardon the language).

Turned out to be the best hobby box I ever opened.

I'll get right to the hits. The very first pack offered up this beauty: 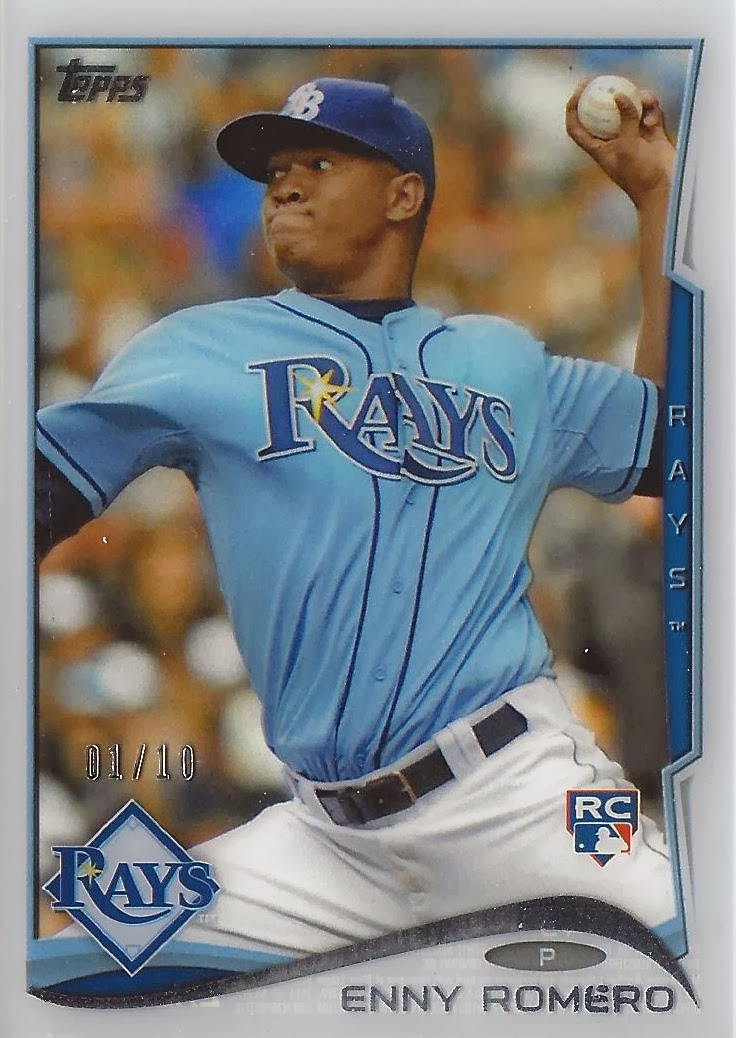 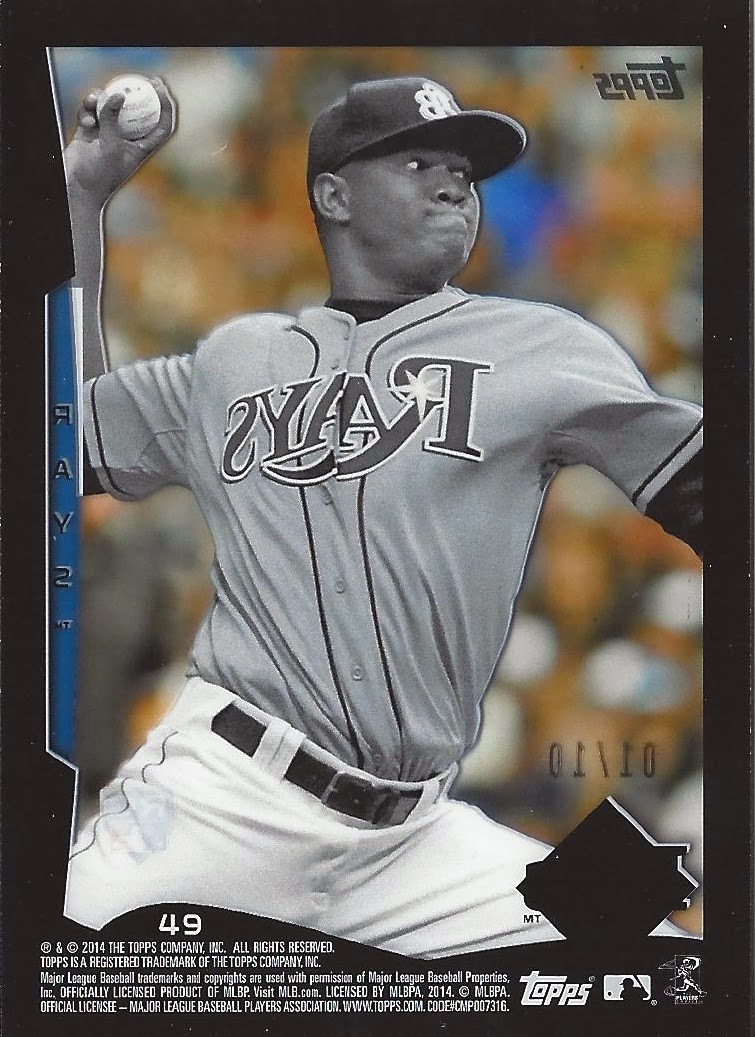 Enny Romero clear parallel numbered 1 of 10! I told Jimmy, the shop owner, that I hoped to pull one of these in my box, not thinking it would actually be in there. Too bad it isn't a Harper or a Darvish! It's a pretty freakin sweet card, though.

After that card, I went on about a 15 pack dry spell. Then I pulled this guy: 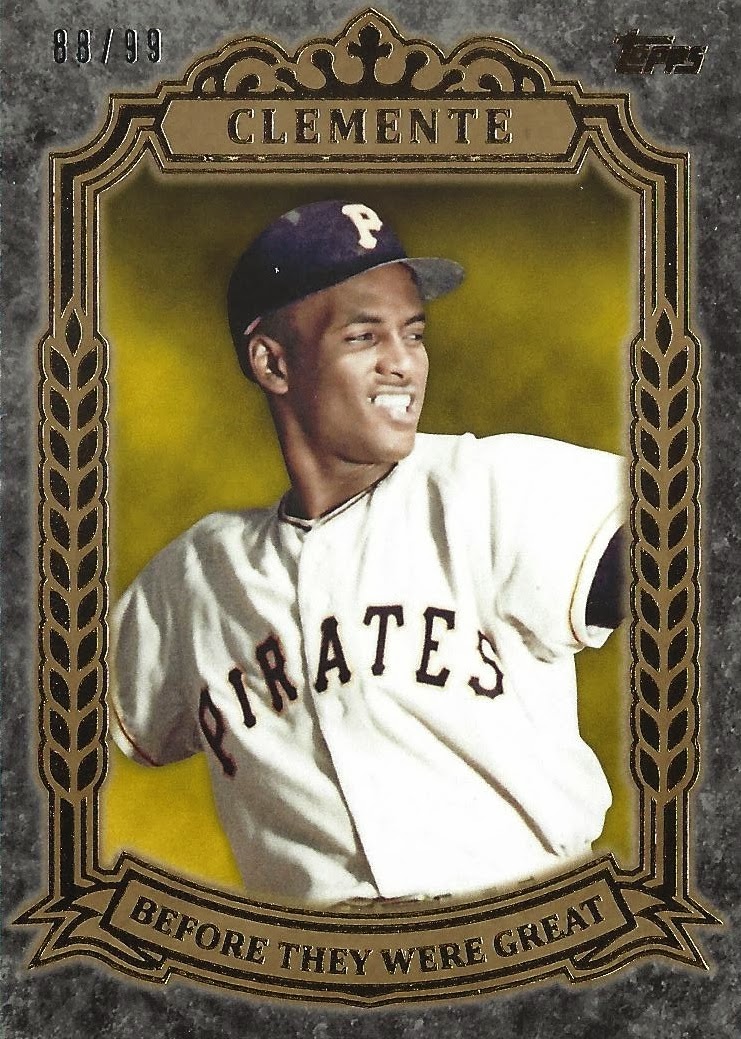 "Before They Were Great" insert of Roberto Clemente, gold parallel numbered 88 of 99!!! Sweet!

I pulled a pack out of the box and right away knew that it was something out of the ordinary. The weight suggested that there was metal in the pack, so I thought it would be one of those Rookie Cup cards I've been seeing in the blogosphere. 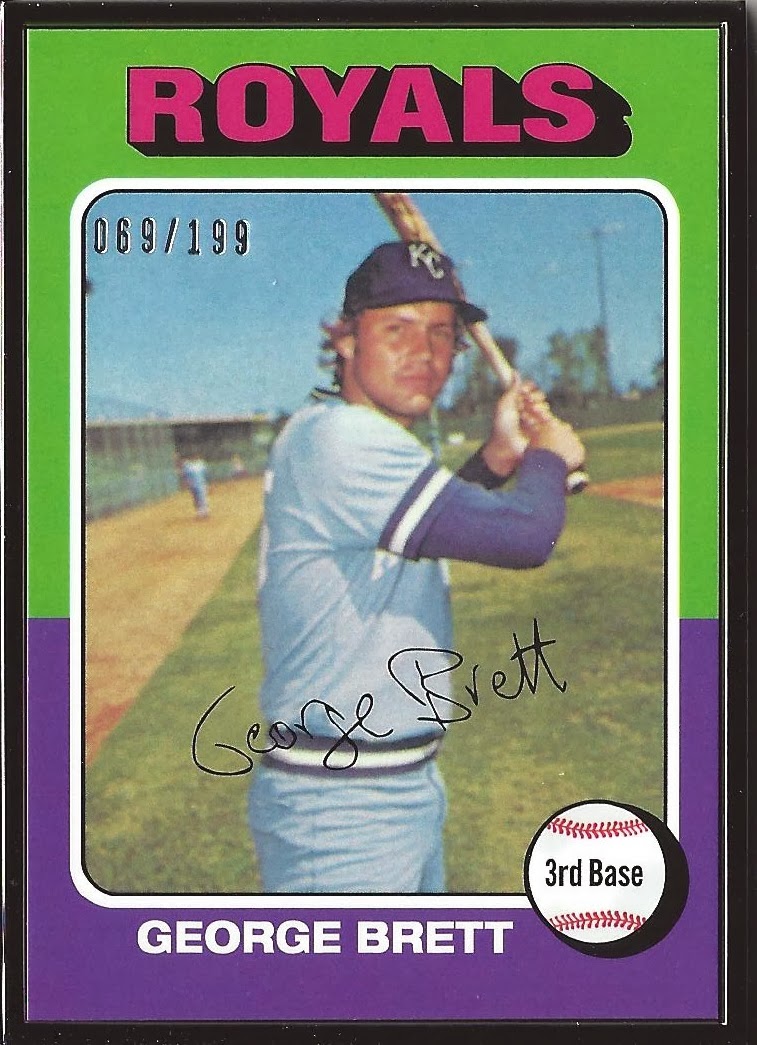 This is a black-framed George Brett Rookie Reprint numbered 69 of 199. Pretty awesome card. Helluva of a signature, don't you think? The card is extremely thick - only one other card was in the pack with it.

The box was rounded out by a Rickie Weeks relic... 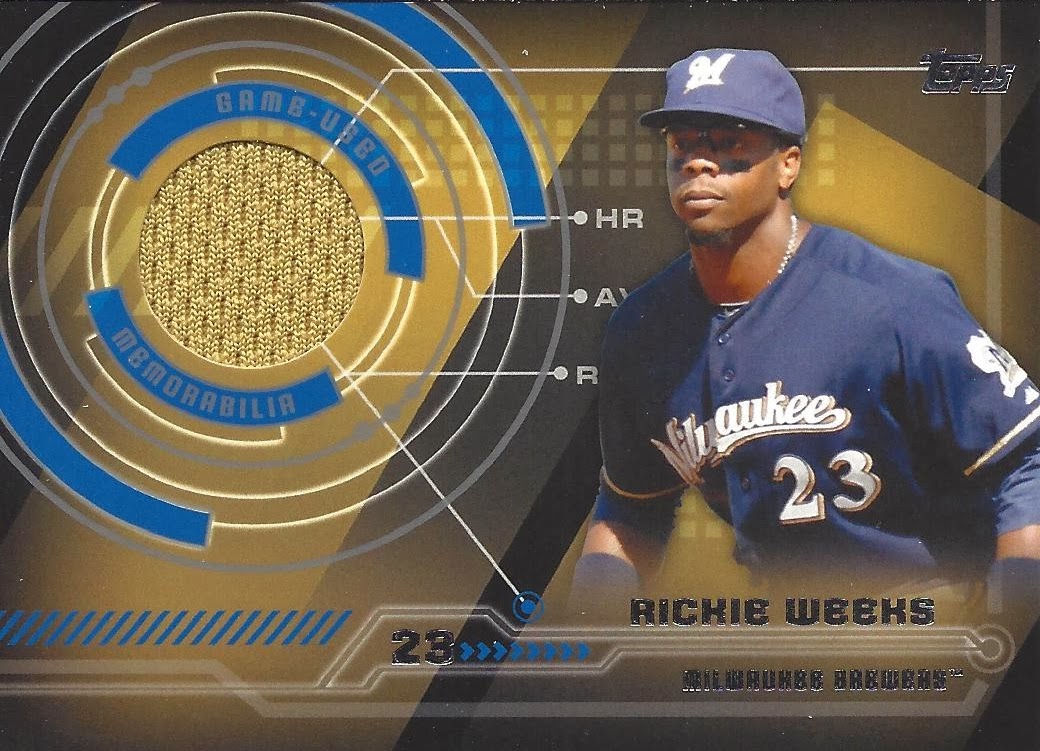 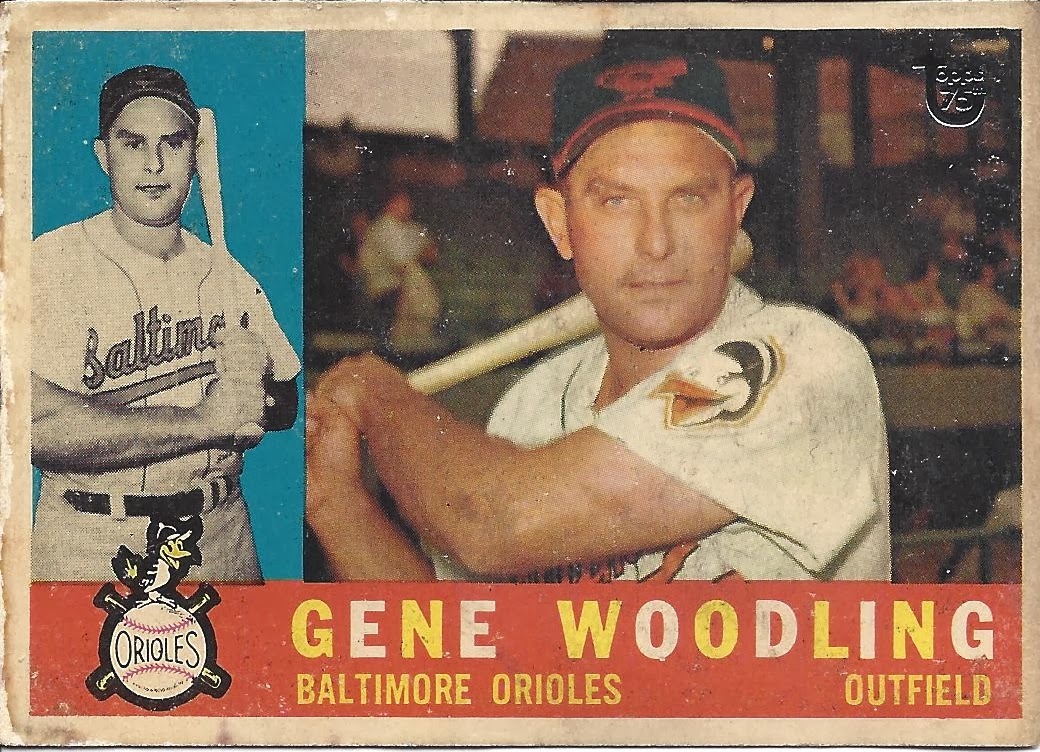 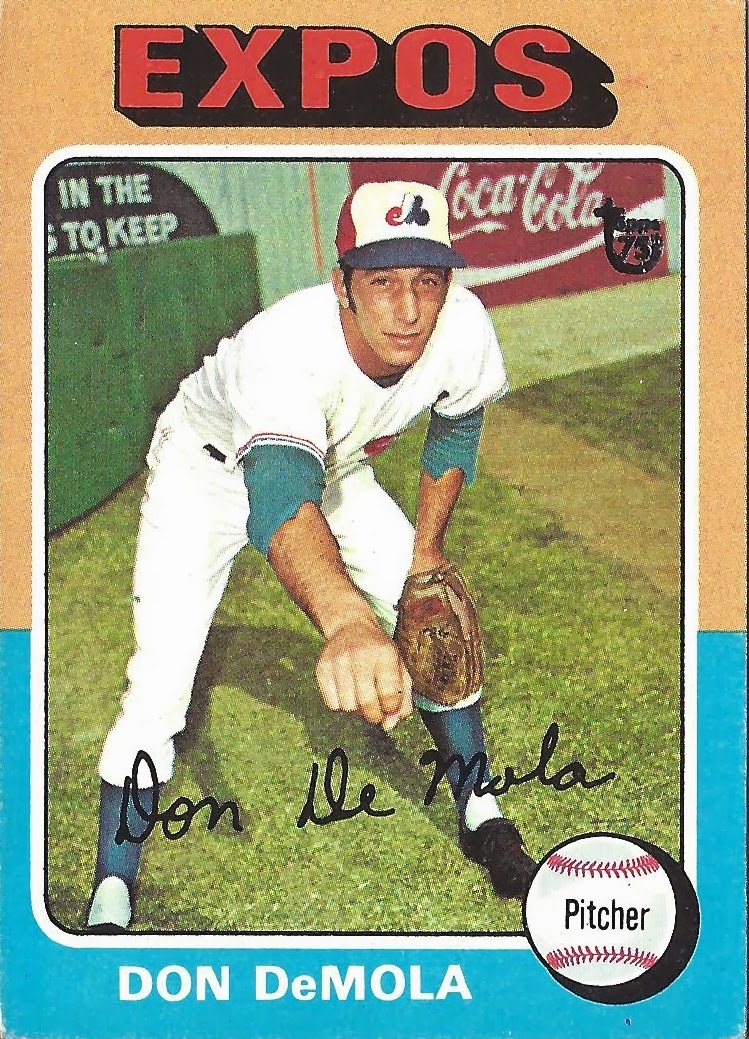 Can anyone tell me how the buyback program works, by the way???

So, after all that awesomeness, I convinced myself to buy another box of Series 1. I didn't really have the expendable cash, but I just knew I would get something.

And I did. A bunch of crap. 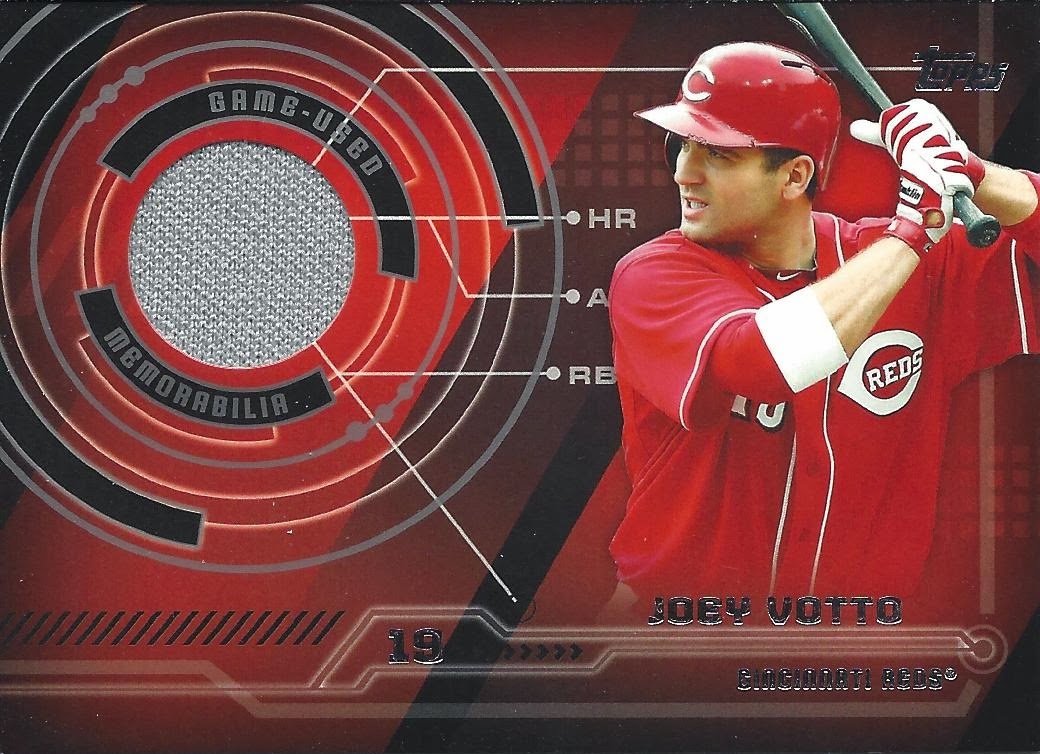 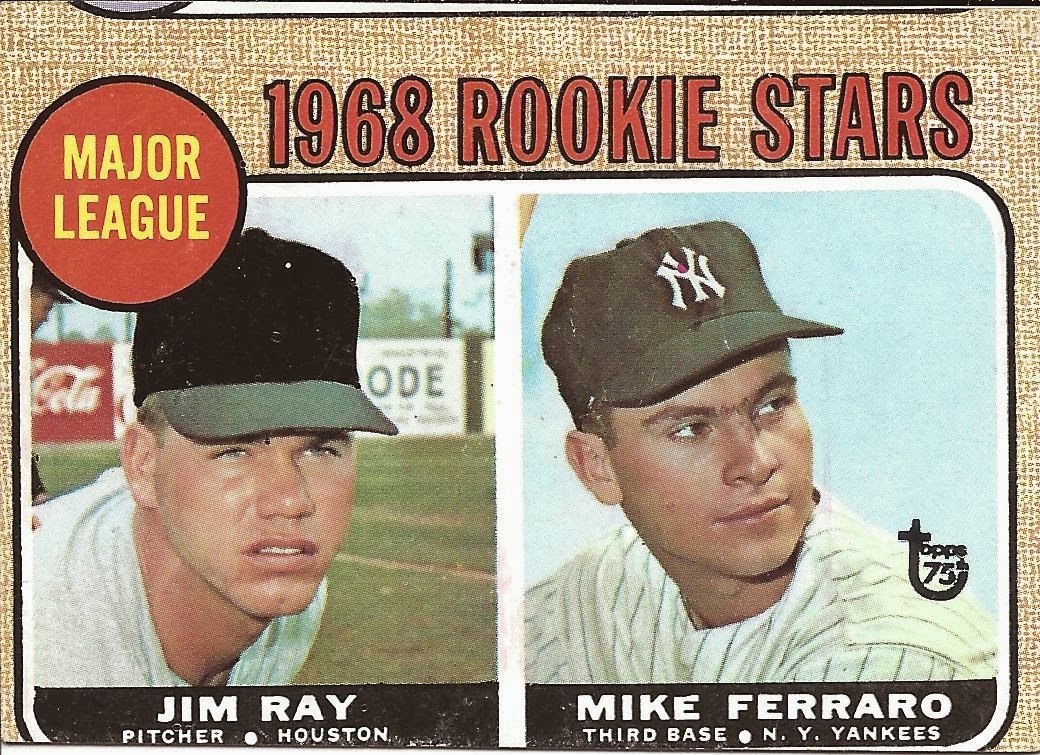 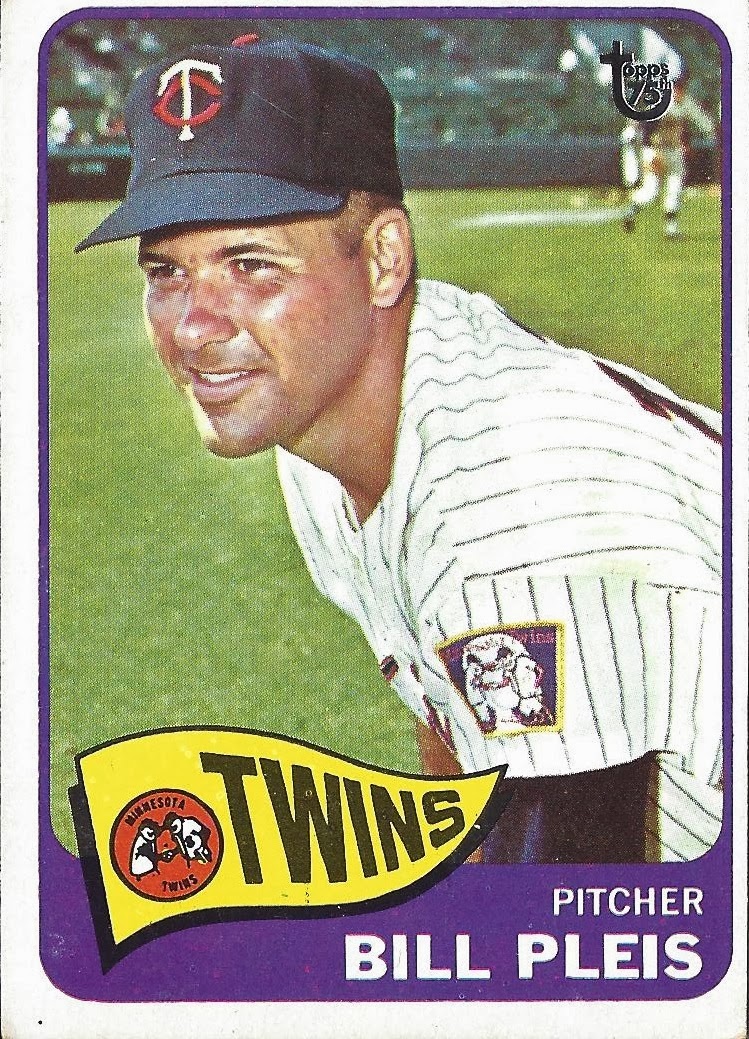 However, the very last pack offered this up: 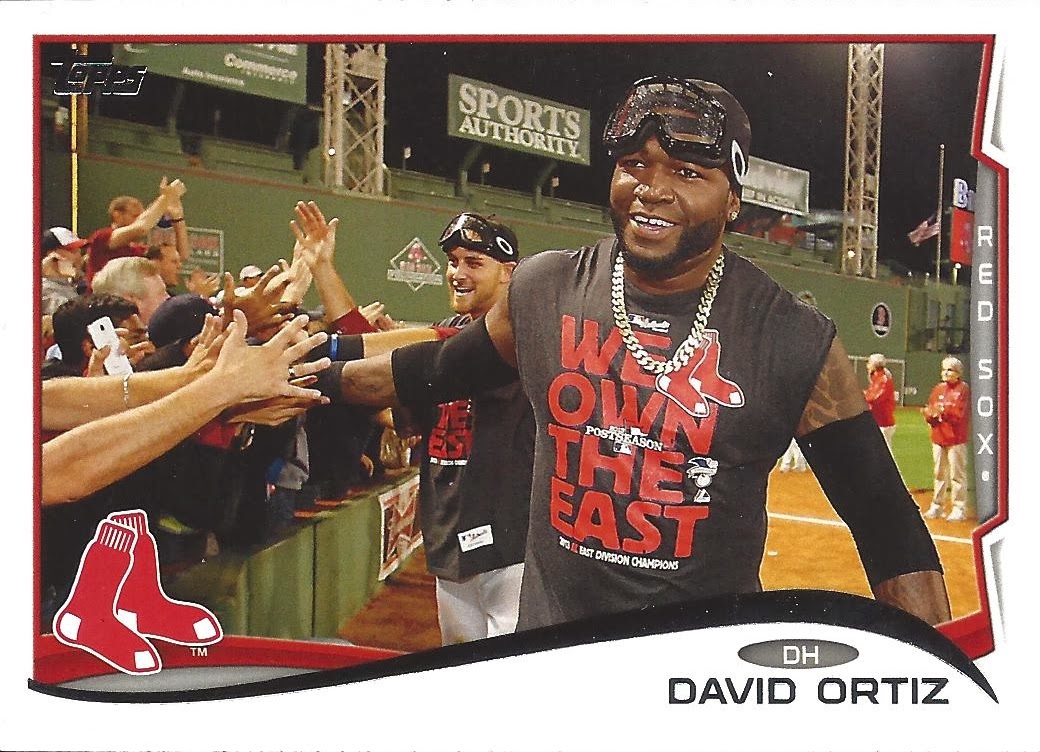 A David Ortiz short print! this is actually the third short print card I have pulled, that I know of - I still need to sort and see if I have any of the "sparkle" short prints - to go along with one of Adam Wainwright and one of Nick Swisher.

So there you have it. My best and worst box. The Romero, Clemente Brett and Ortiz cards are lsited on eBay (have to get some money ready for GQ!), but everything else is up for trade.
Posted by J. Meeks at 9:43 AM