As you may remember, I had a post a couple weeks ago complaining (I've been doing a lot of that lately) about a replacement for a redemption that I was waiting for. To refresh your memory, I was waiting on this: 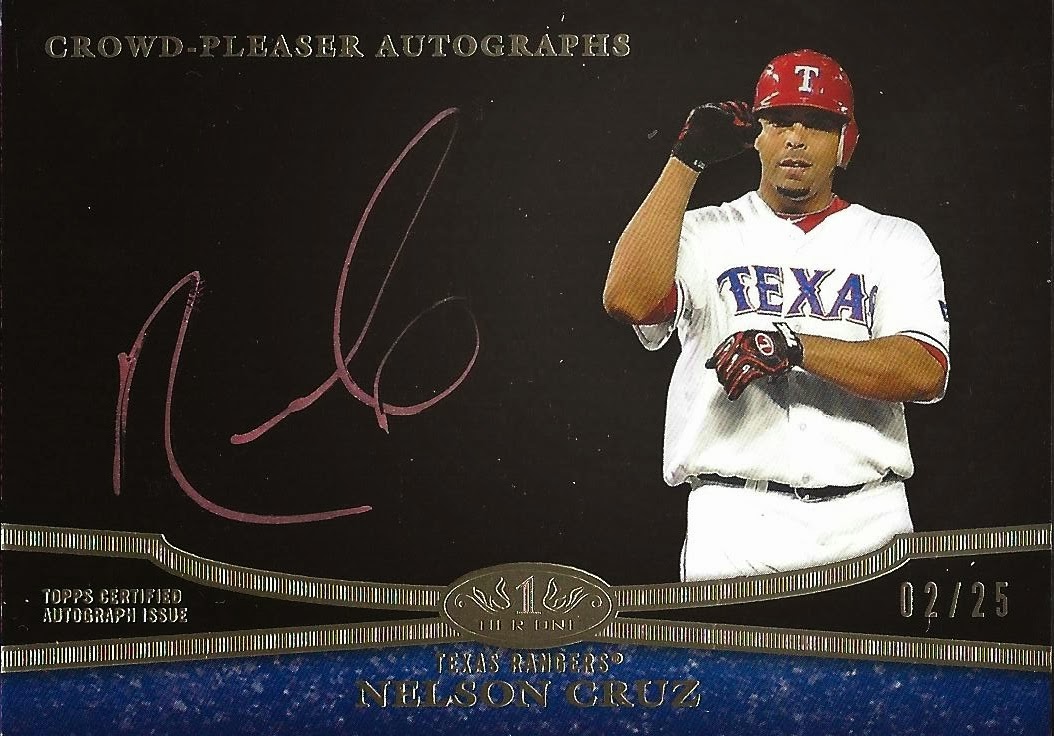 A 2013 Tier 1 Nelson Cruz Crowd Pleaser Copper Rose parallel numbered to 25. The replacement I received was this: 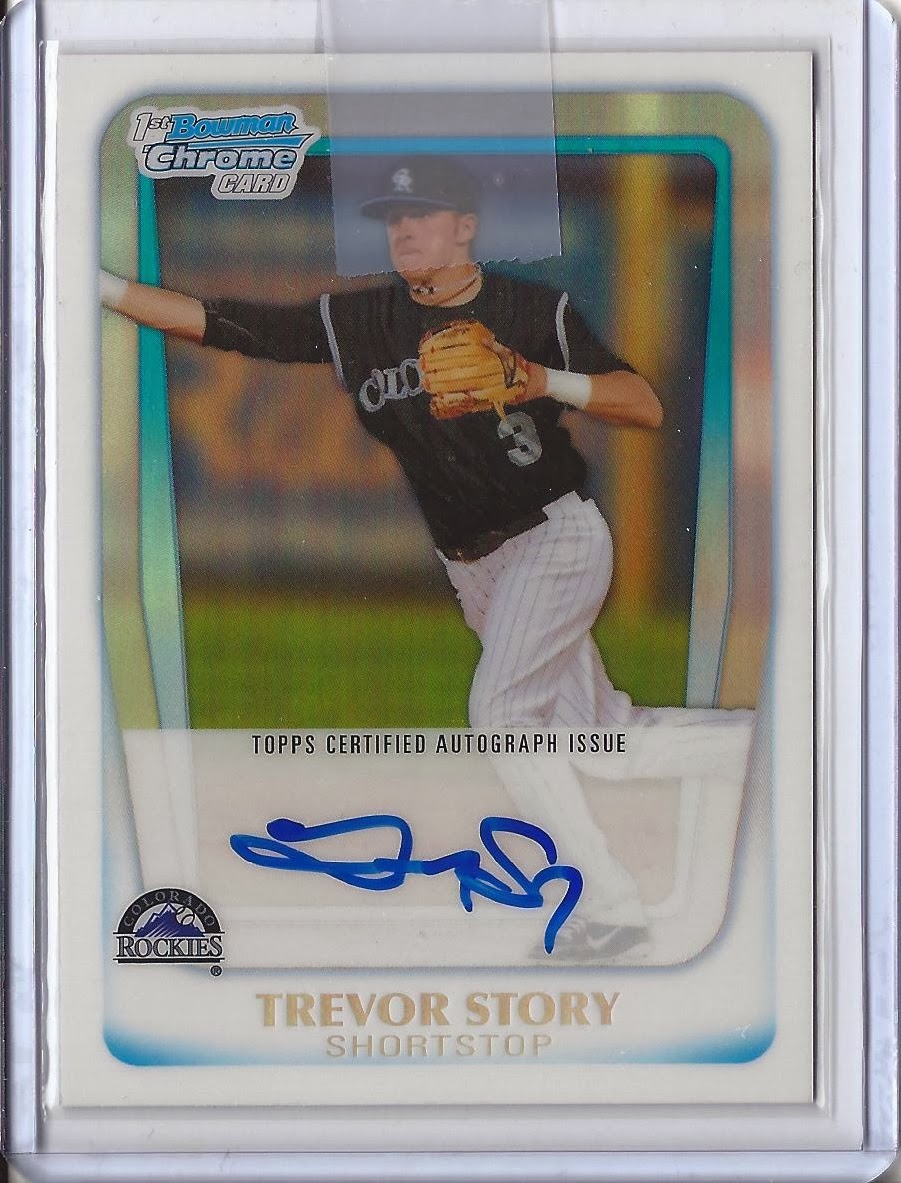 A 2012 Bowman Draft Chrome refractor auto of Trevor Story, who I've never heard of. After 20 minutes on the phone arguing that this wasn't an equal card to the Cruz card, Topps finally relented and asked me to send the card back so they could send a replacement. I did as they asked, including a little note asking that they try to send me a Ranger or a Nat to replace it with.

Today, I received the correct replacement: 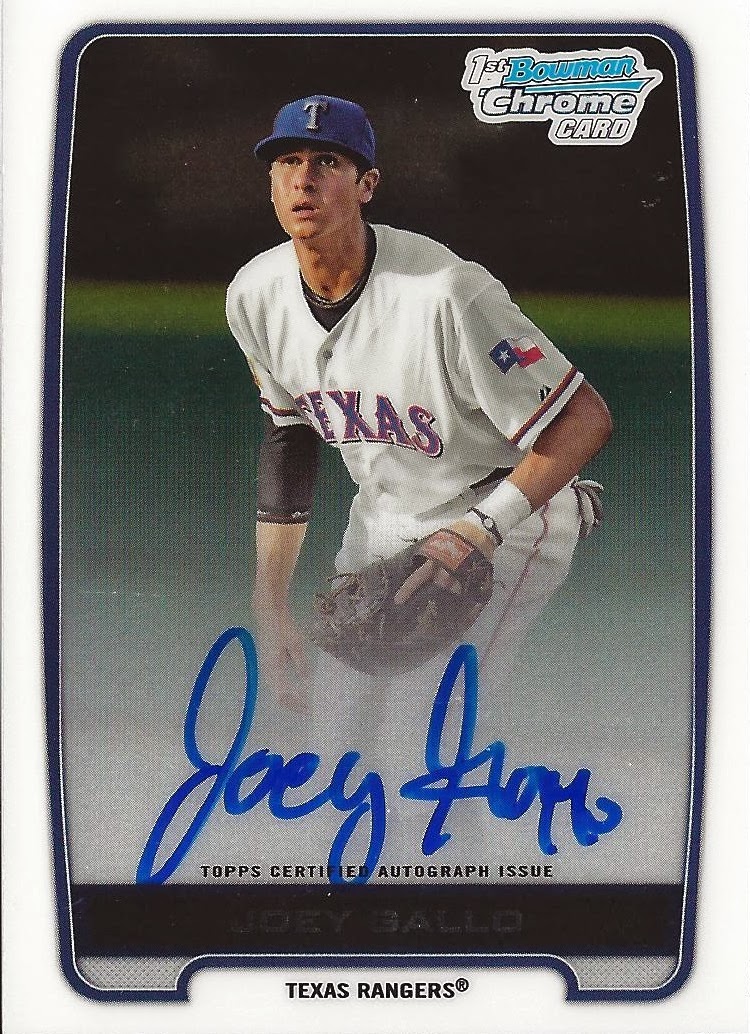 HOLY CRAP!!! Maybe I'm a bit biased, but could I have received a better replacement?!?! Heck no!!! Minor league power house Joey Gallo! The kid led all of minor league ball with 40 bombs last year! He's a bit prone to strike out right now, but he will learn to adjust. I really think he will replace Adrian Beltre at third when Beltre moves on.