Evidently, My Boss And LCS Owner Are Brothers...

...because they both really know how to give gifts.

A little while back, I posted about the Nelson Cruz bat my LCS owner gave to me for helping him with some oil and gas work. It was incredible.

Today, my boss upped the ante a bit. He's flying out to Vegas tomorrow and we are closing the office next week, so he gave us Christmas presents today. He started out by playing to the food snob in me with this: 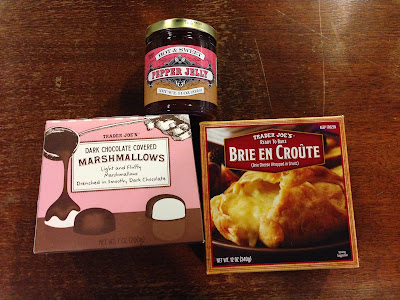 The pepper jelly is delicious with the crusted Brie, trust me. Try it sometime.

Then he got down to business with the gifts that were really awesome. 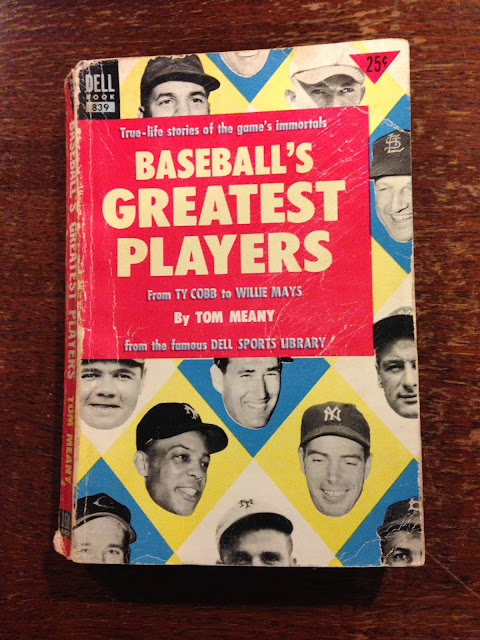 This book was printed in 1955, giving short biographies of the game's greatest players. It's pretty incredible. 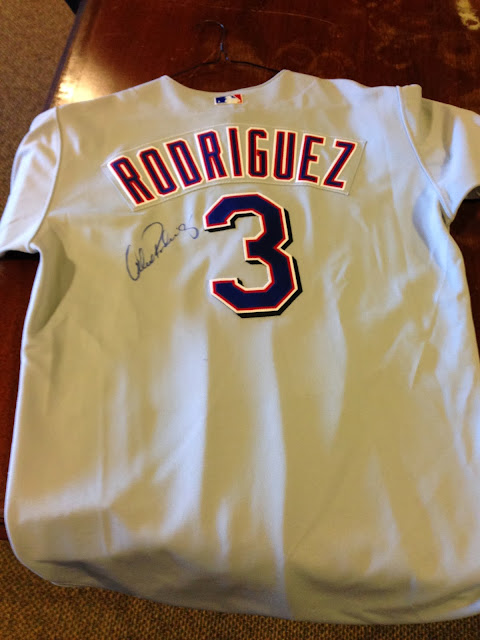 While A-Rod isn't even close to my favorite players list, it is still pretty awesome to have an authentic MLB jersey autographed. My boss won this at a silent auction at the Ballpark way back in 2001 and decided this year that I should have it.

That would be a killer present from a boss if it ended there.

He also gave me this ball. He bought it at an estate sell. It belonged to a woman's father and she had no idea who it was, so she sold it to my boss for $20. He couldn't make out the signature, but gave it to me in hopes that I could figure it out. 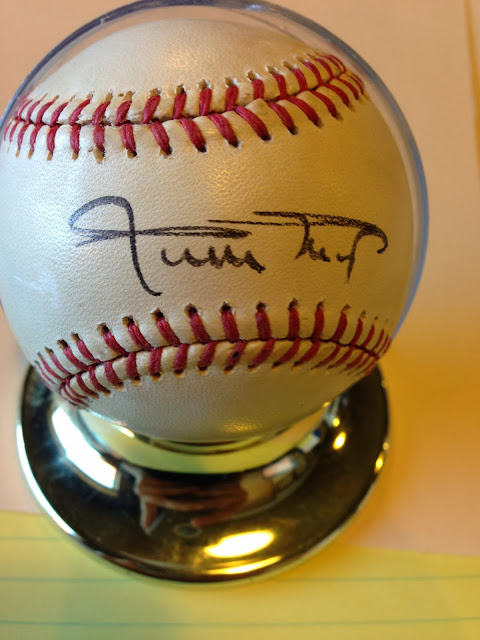 I knew I had seen this signature before, but I couldn't place it. So I sent a picture to my LCS owner to see if he knew. His response?

So I went to the Internet to compare: It's very close. Some parts are different especially the first letters (my ball has more elongated letters). So, I am going to send it off to be authenticated. Hopefully, it will be real.

Which would make these the best Christmas gifts I ever received!
Posted by J. Meeks at 11:10 AM