This post should have been up a long time ago. I've received some cards froma few trades that I never posted about, and I am truly sorry. So, without further ado, let's take a look.
----------
First, I completed a trade with Kalib from Cubs Cardboard (I swear, the blogosphere consists mainly of Cubs and Dodgers bloggers!). If you aren't following him, you should be! I sent him a few cards I pulled over Christmas, and in return, Kalib sent me these beauties: 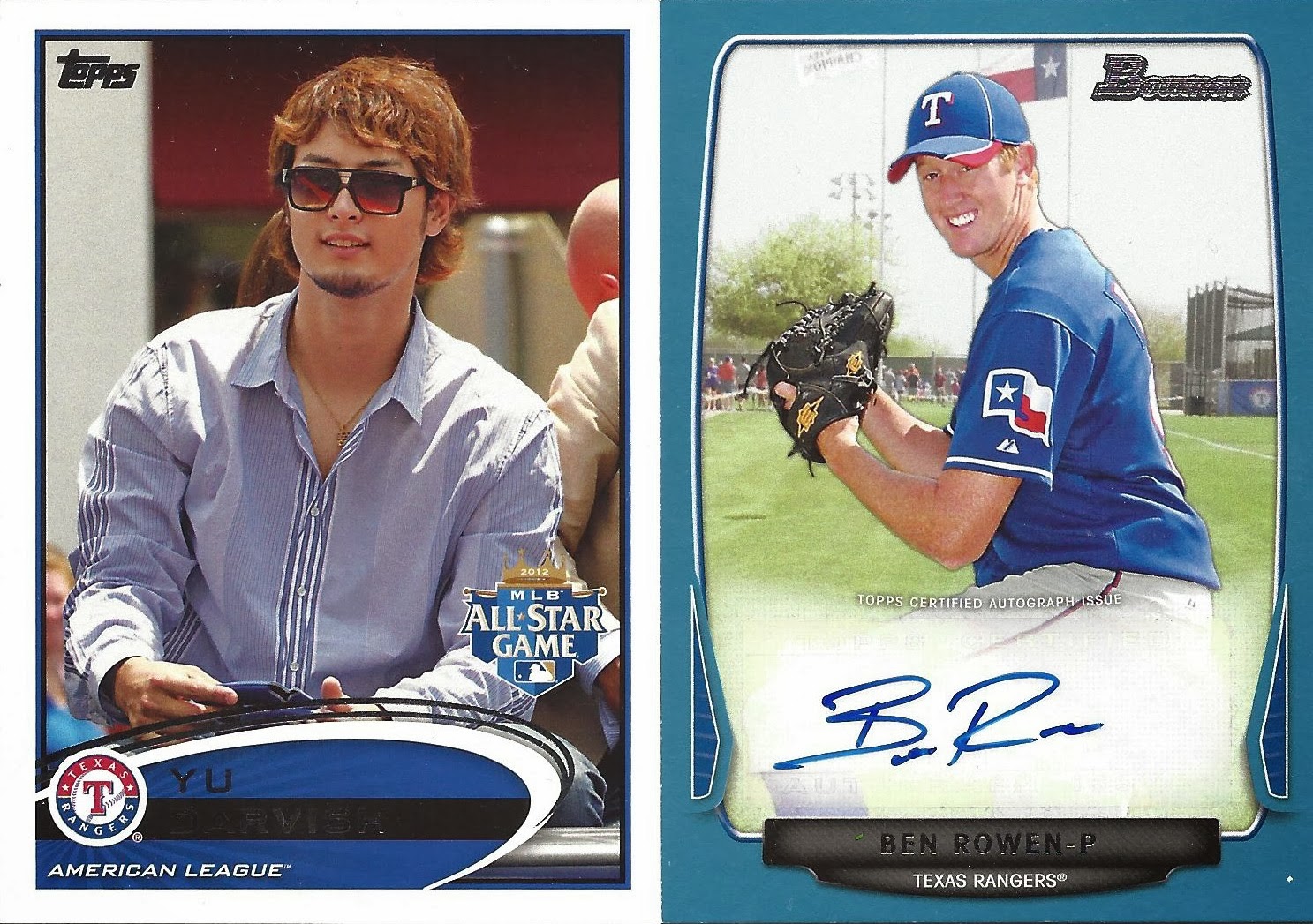 That a short print photo variation of Darvish from 2012 Update. I'm a fan. Kalib also sent this sweet blue border auto of Rangers minor leaguer Ben Rowan. He had a down season last year, but if he can get it back together, he should be one of our better pitching prospects in the future. Thanks again Kalib!
----------
A little while back, I sent out some Topps Chrome refractors to people that claimed them. Night Owl claimed the Dodgers, so I sent them his way with no expectation of anything in return. However, last week I received a package: 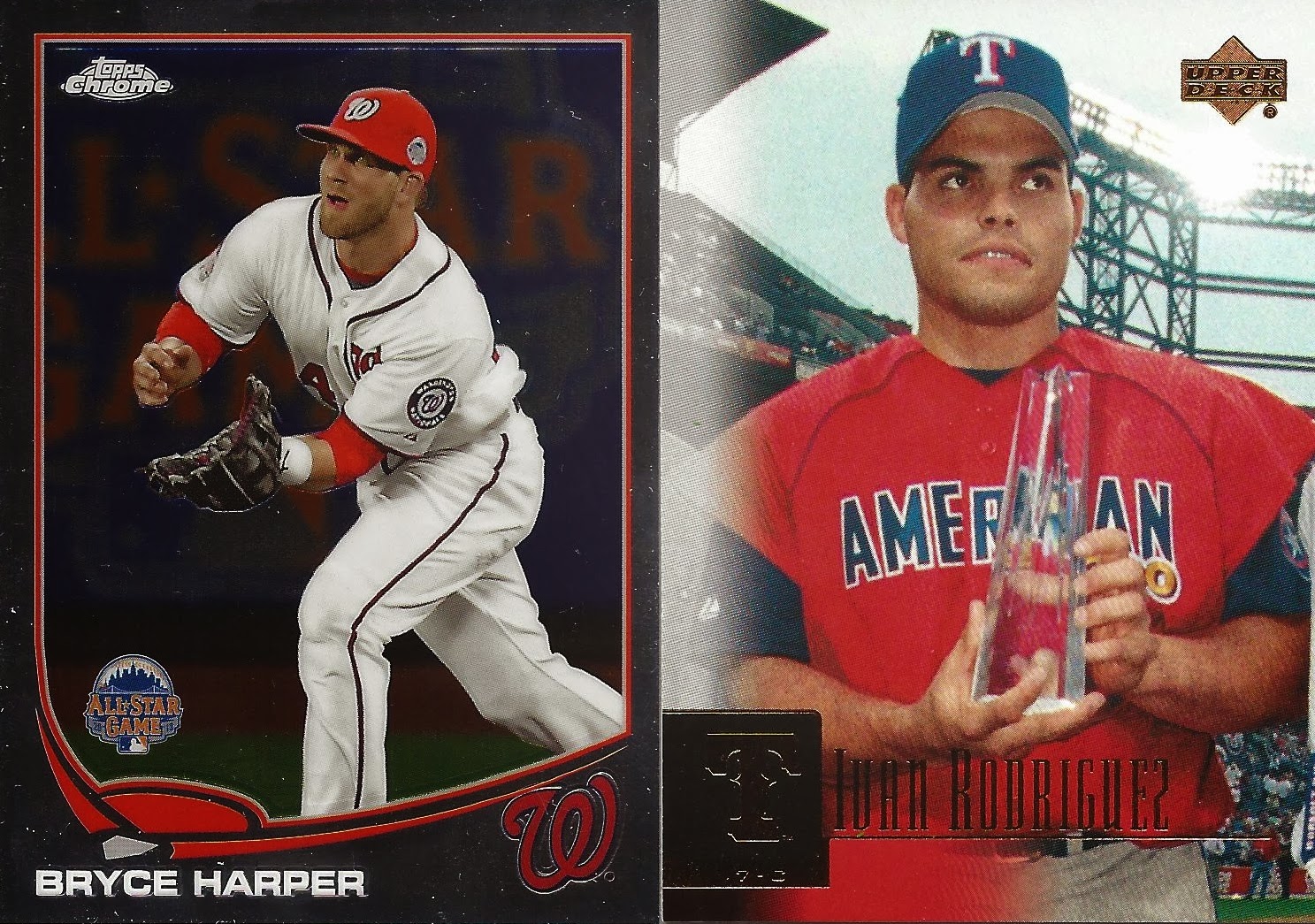 NO was kind enough to send me this Harper Chrome card, which officially completes my Update Chrome set! FINALLY! He also included a few more cards, including this Upper Deck card of Pudge. I'm digging the muscle shirt...I still can't believe those were ever a trend. 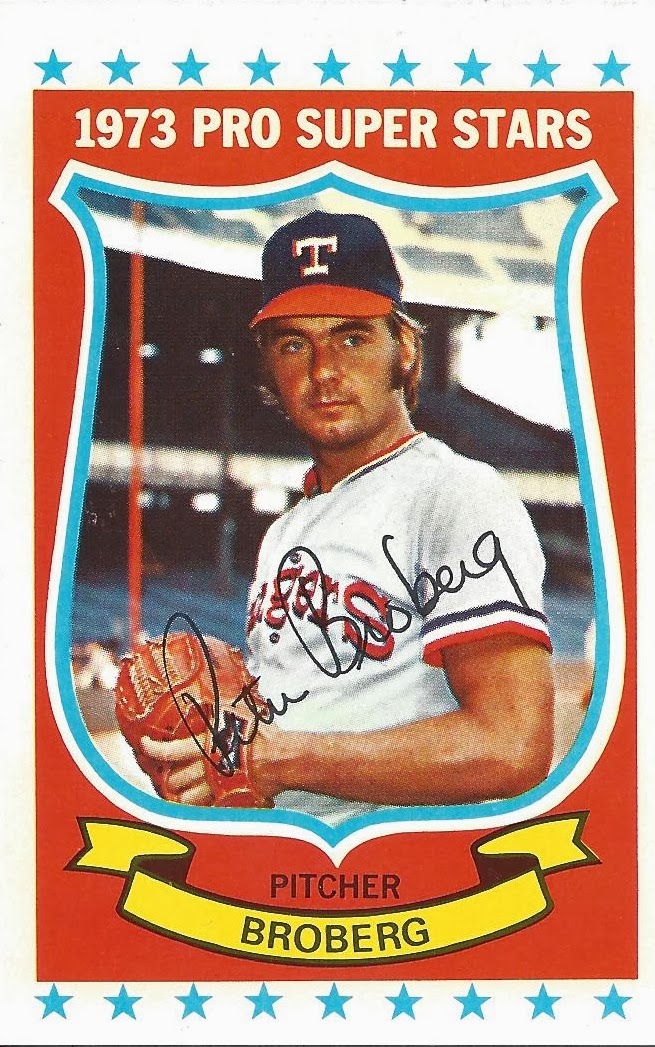 Mr. Owl also included this Peter Broberg card. I've never heard of this particular card line - my knowledge of vintage cardboard is severely lacking - but I do know that I like the tallboy style.

The back of the card cracks me up. The poor guy is being mocked on his own card.
----------
Also sending cards my way was Douglas of Sportscards from the Dollar Store. I sent him some Bowman cards that he needed. In return, I received a bonus package with this note: 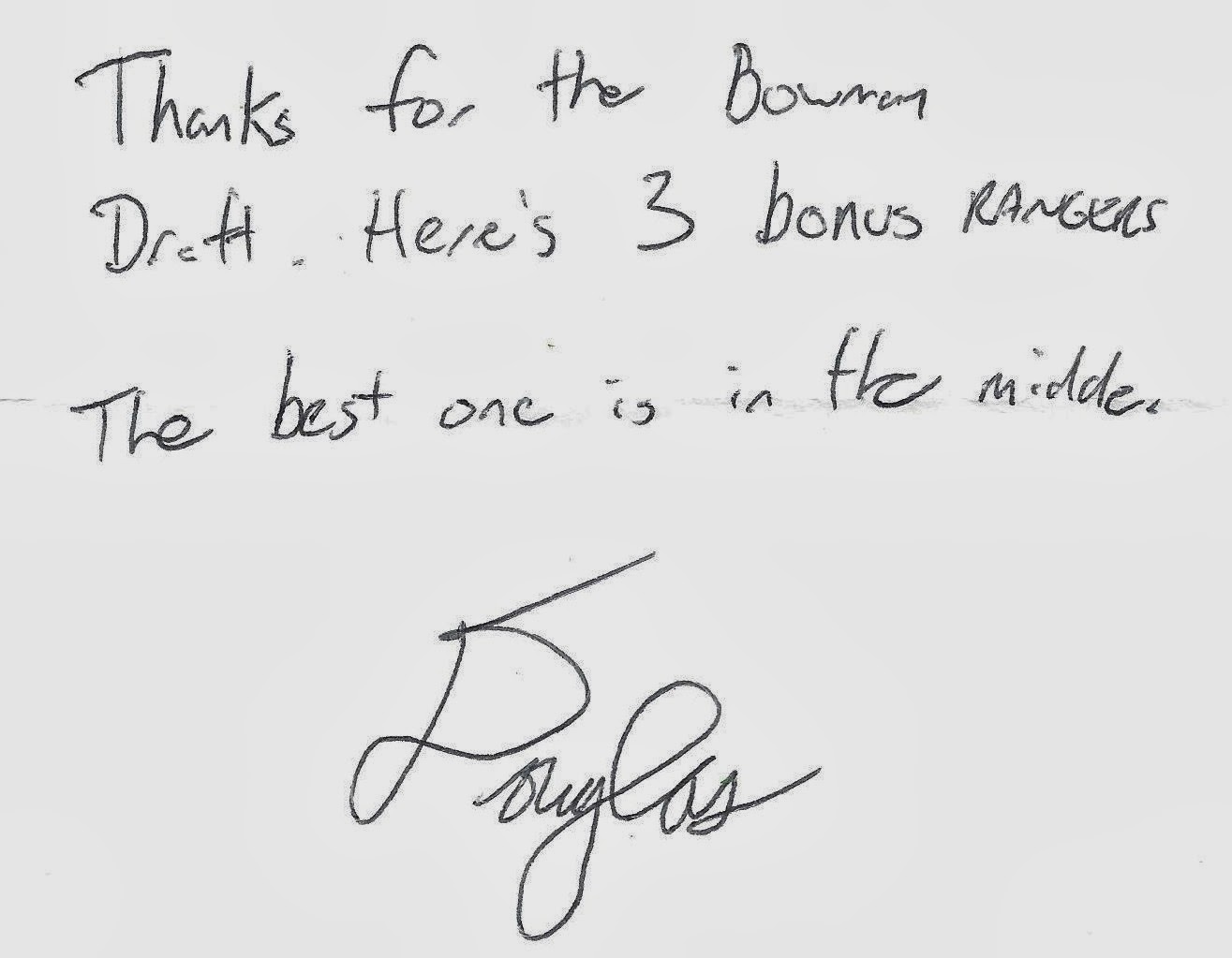 I don't know how you would react, but my anticipation shot through the roof. The cards on the outside were these two: 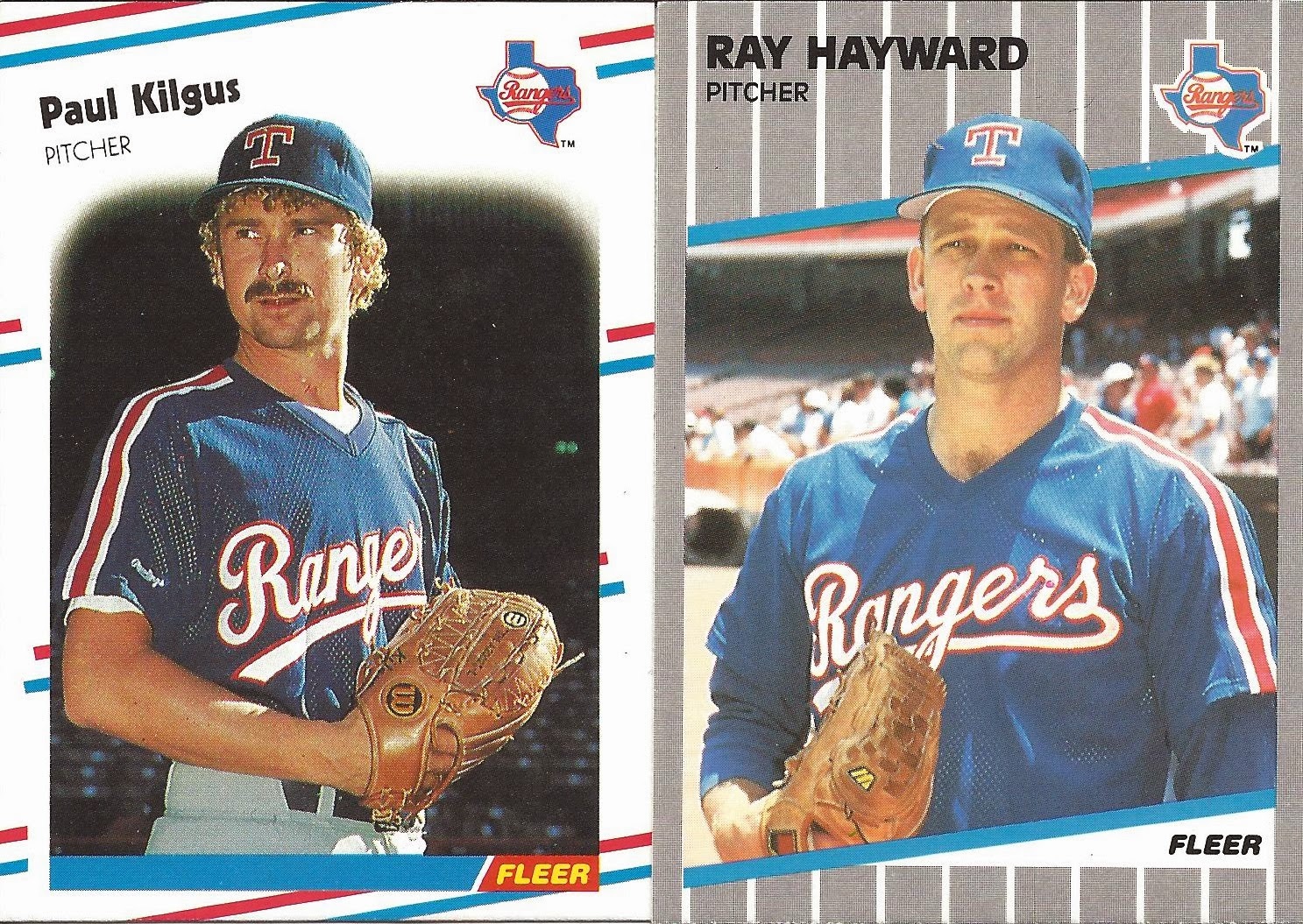 But sandwiched in the middle was this guy: 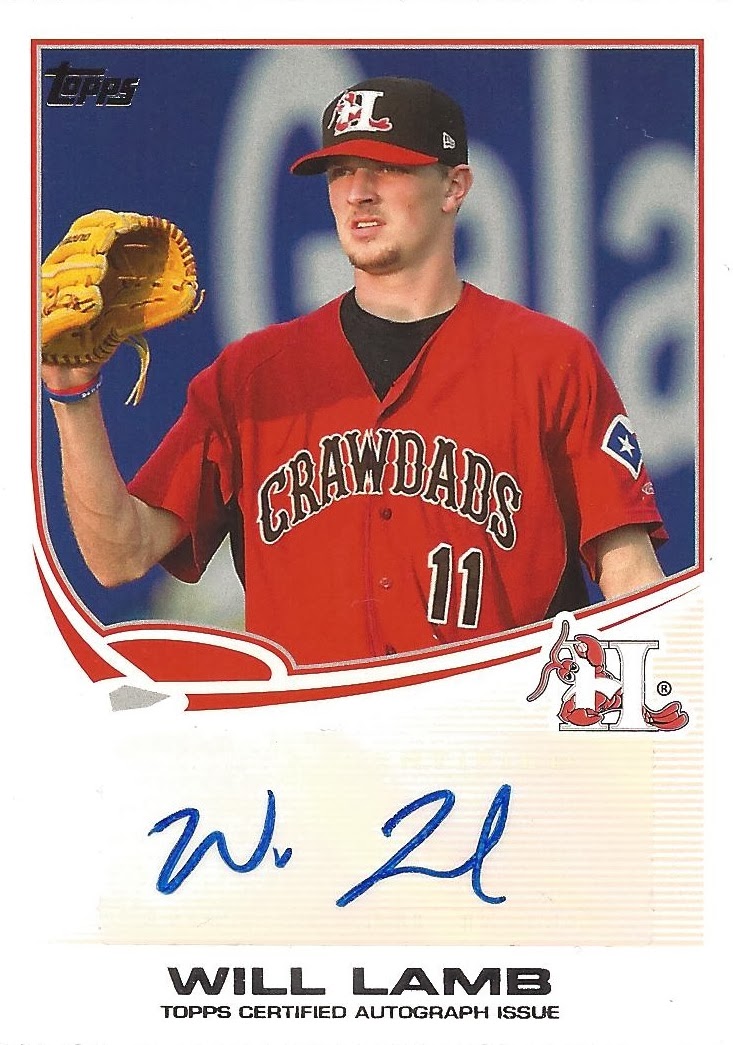 A certified auto of righty Will Lamb, currently pitching for Hickory. Awesome card! This is my first pro debut card!
----------
I also received an eBay package today. I mentioned that I liked the 2013 All Star Stitches cards. Well, here's the newest addition: 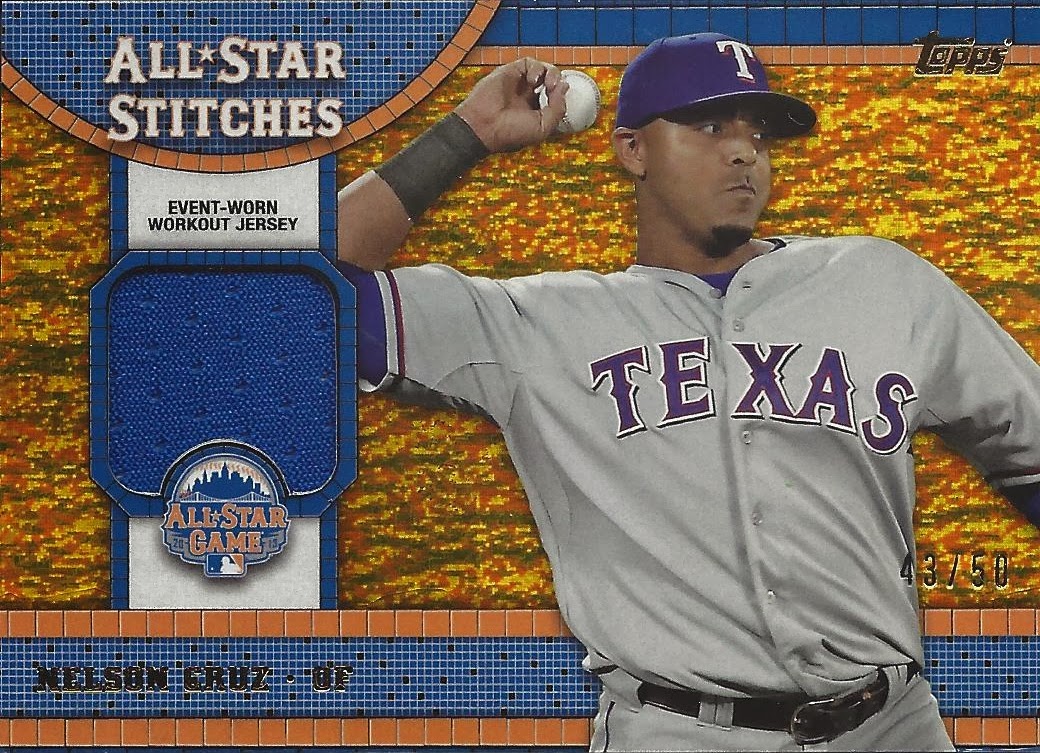 The Nelson Cruz gold edition, numbered 43 of 50. It's a beaut, right?
----------
Lastly, Night Owl mention today that he received some Mystery Mail. Well, I have, too, on a couple occasions. First, I received these four cards in a PWE with no return address and no note: 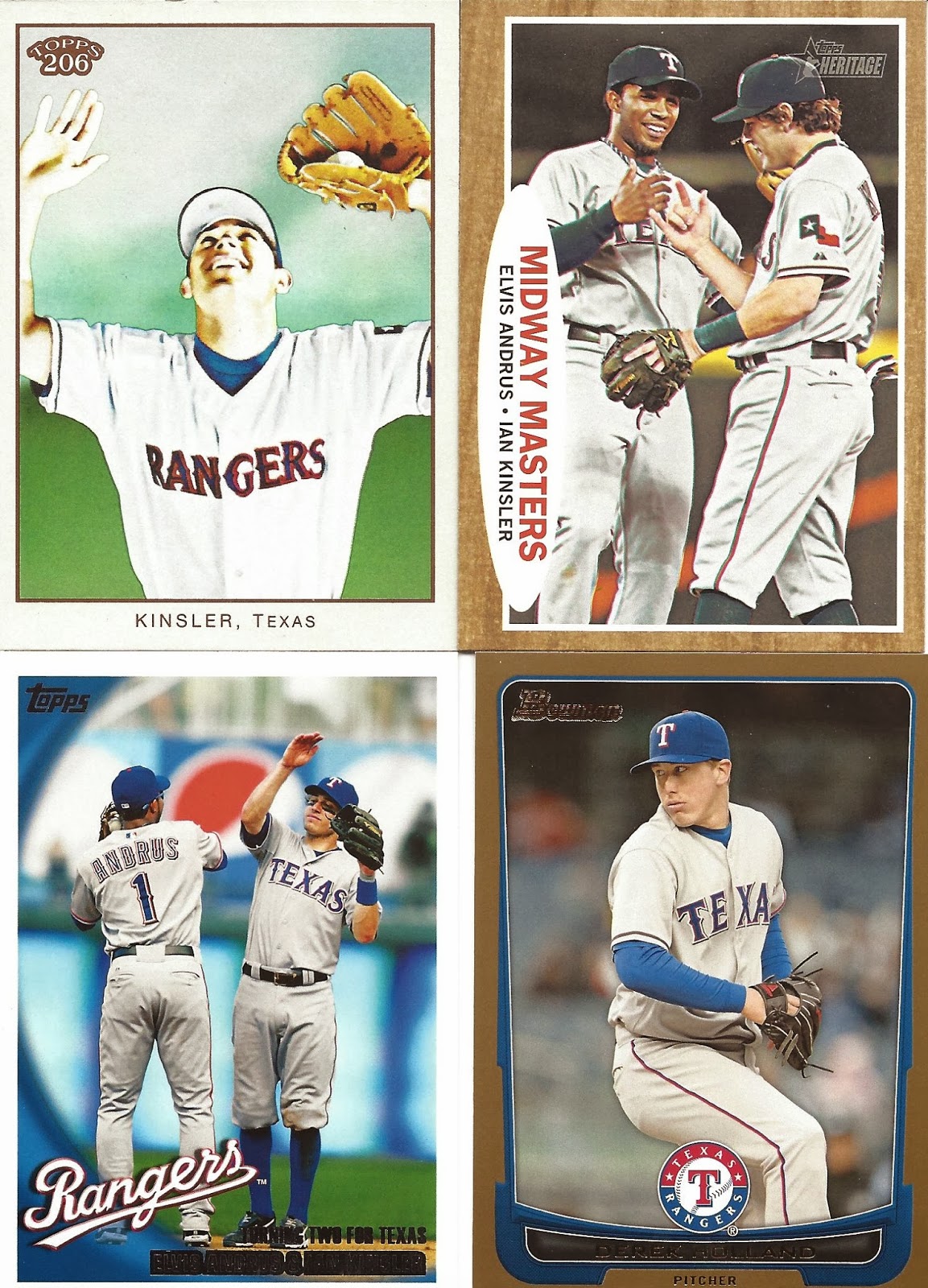 Earlier this week, I received these cards (along with some 2014 S1) in a package mailed by Matthew Major of Fairfax, Virginia: 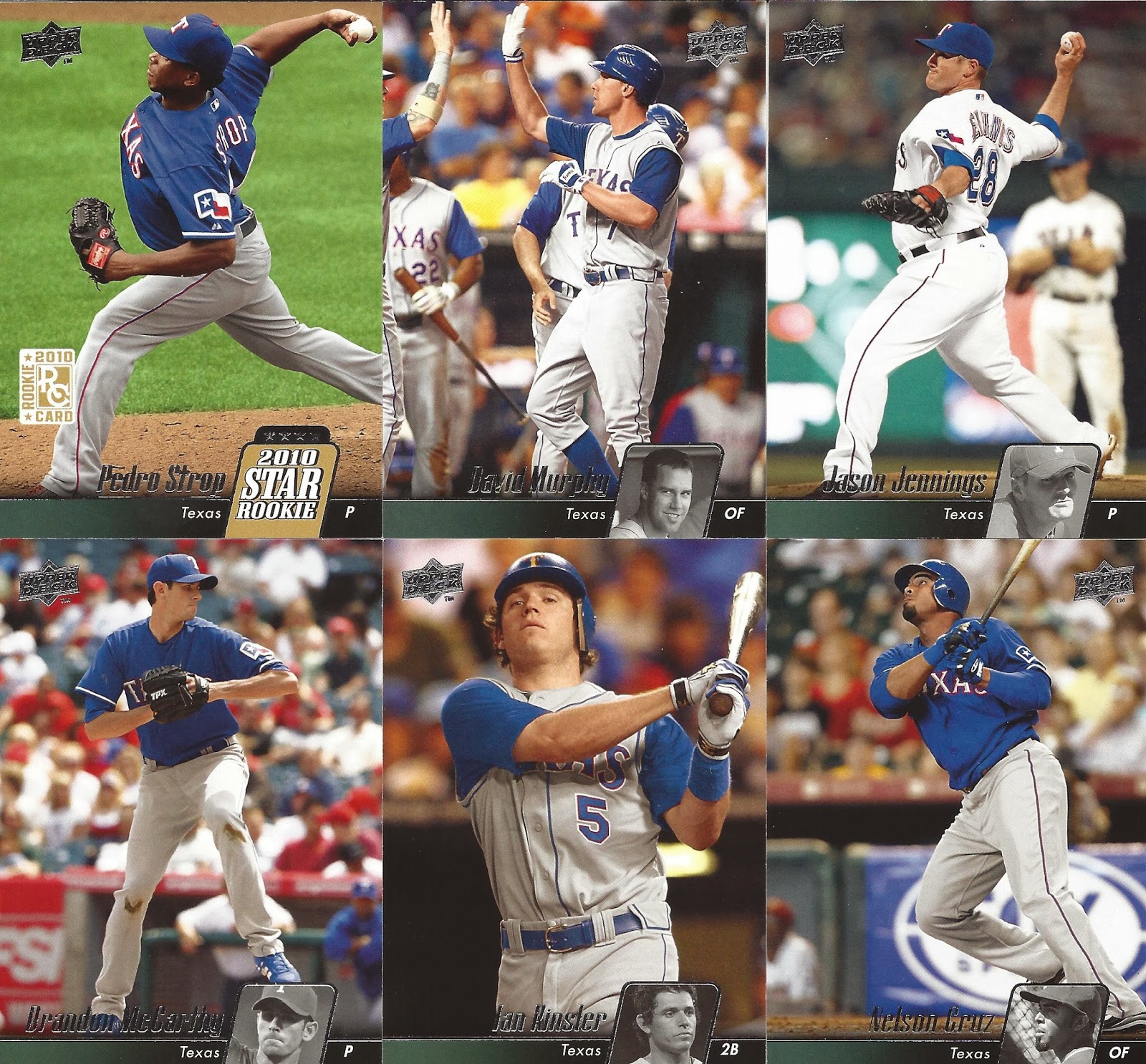 I checked my e-mail, and for the life of me I can't find Matthew anywhere.

So, if you sent me either of these packages, please come forward so I can properly say Thank You!
Posted by J. Meeks at 2:10 PM