Much like the end of last week, the weekend delivered three cards to me, all of the same player. My Jordan Zimmermann PC received some additions that I really like, all of which came to me via eBay. 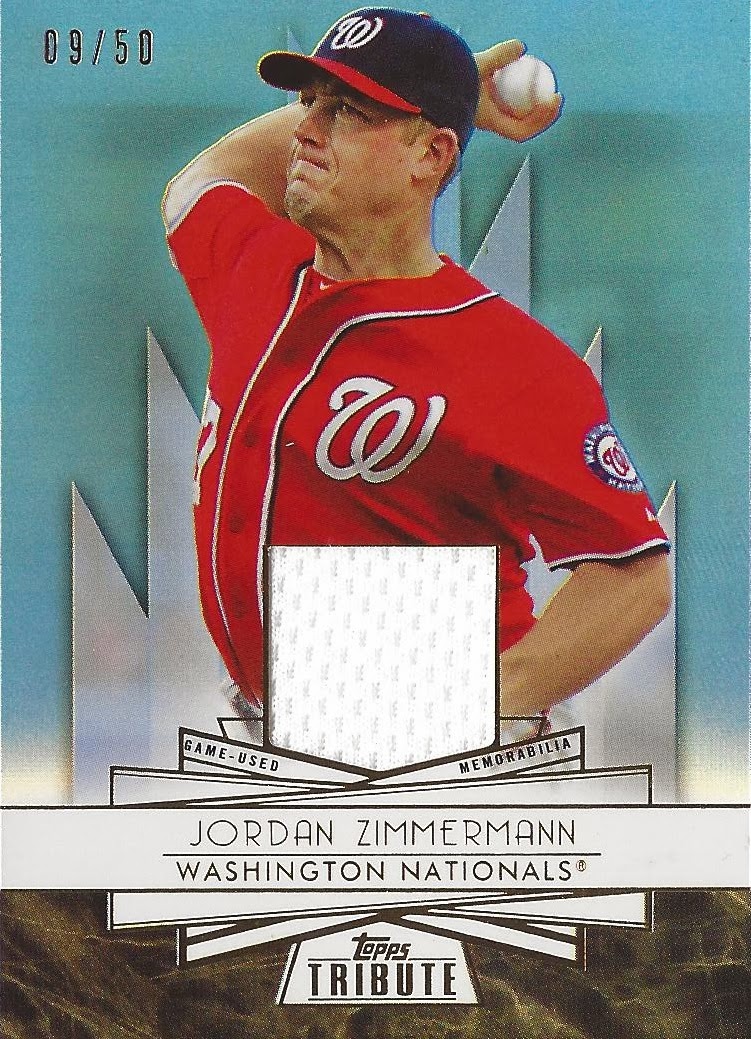 The scan doesn't really show the texture of the swatch, but it's a white home jersey so there's really nothing to show. I'm a big fan of the 1930's Deco style of the background and the text. This is the blue parallel numbered 9 of 50.

Next up, an addition to the 2013 Bowman Chrome rainbow: 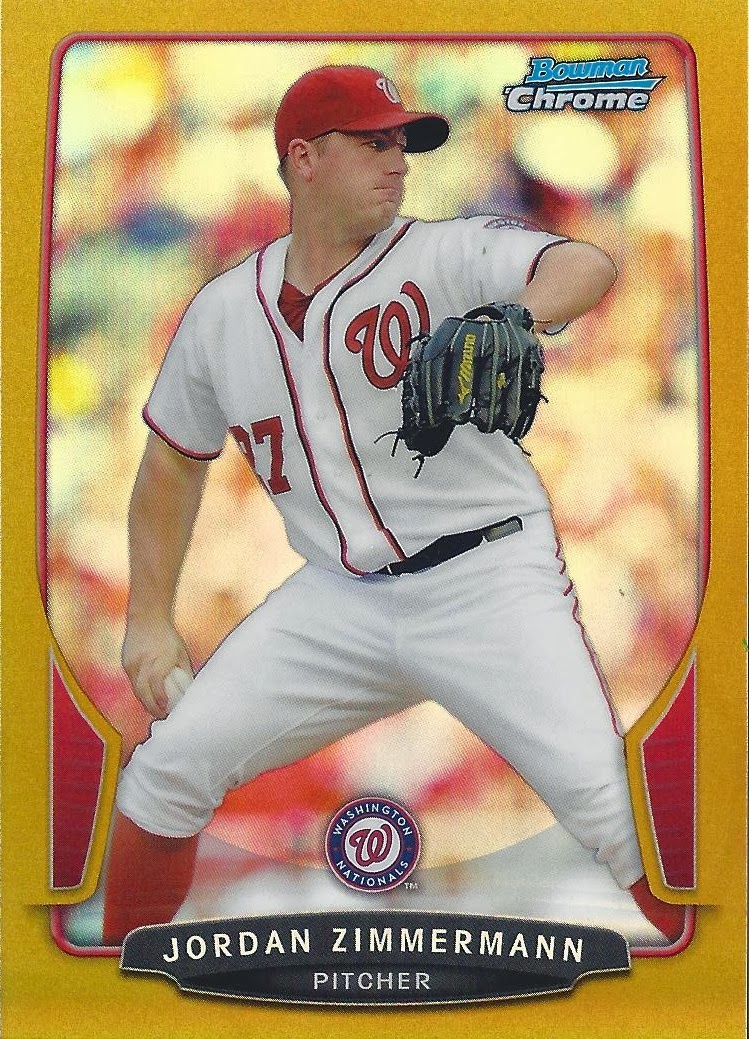 The gold parallel, numbered 23 of 50. With this guy now in my hands, I only need the black and base refractors. The superfractor is out there somewhere, but I doubt I will ever see it. 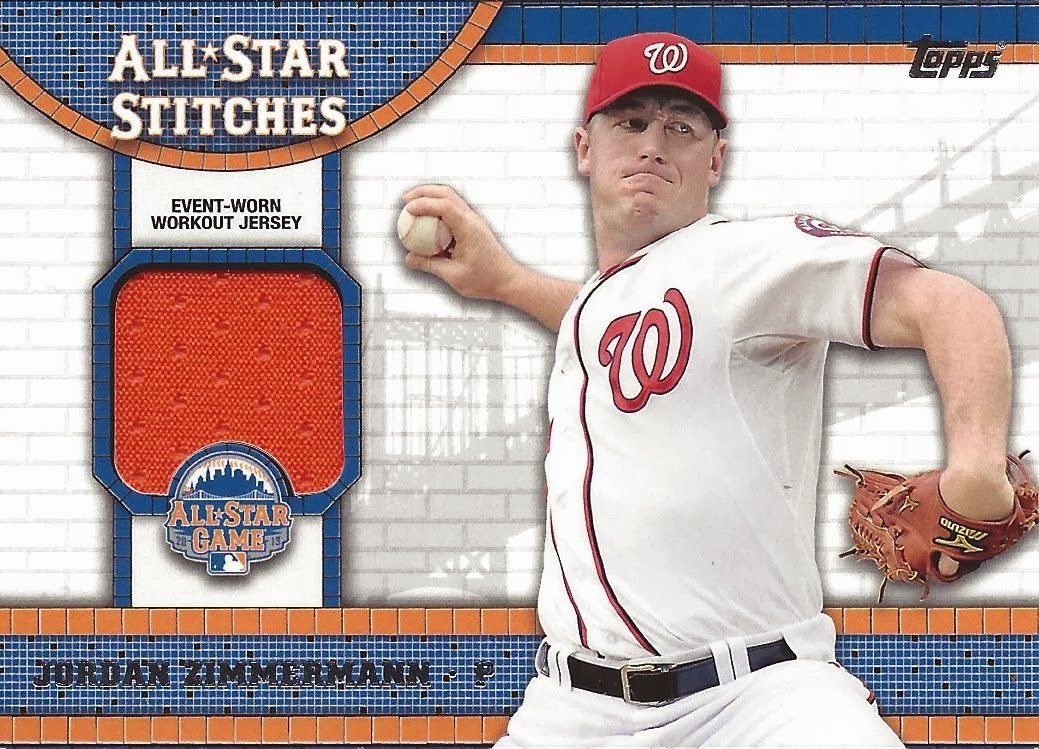 The 2013 Topps Update Series All Star Stitches base relic. I told you that I was a fan; you had to see this addition coming. I have a feeling it won't be the last.