I'm down to having only ONE SPOT AVAILABLE  for my 2014 Gypsy Queen Half-Case Break! I will begin collecting money next Monday (March 24) and hope to have it all collected by next Friday (March 28) to get my order in! So pimp the break out on your blogs so we can fill that last spot!
--------------------
I recently signed up to be a member of the Freedom Cardboard Forums. It's very similar to blowout, except that the people that are on there aren't jerks. In my first day, I was able to find a Nelson Cruz 2013 WC Classic Tribute auto I wanted for a heck of a deal: 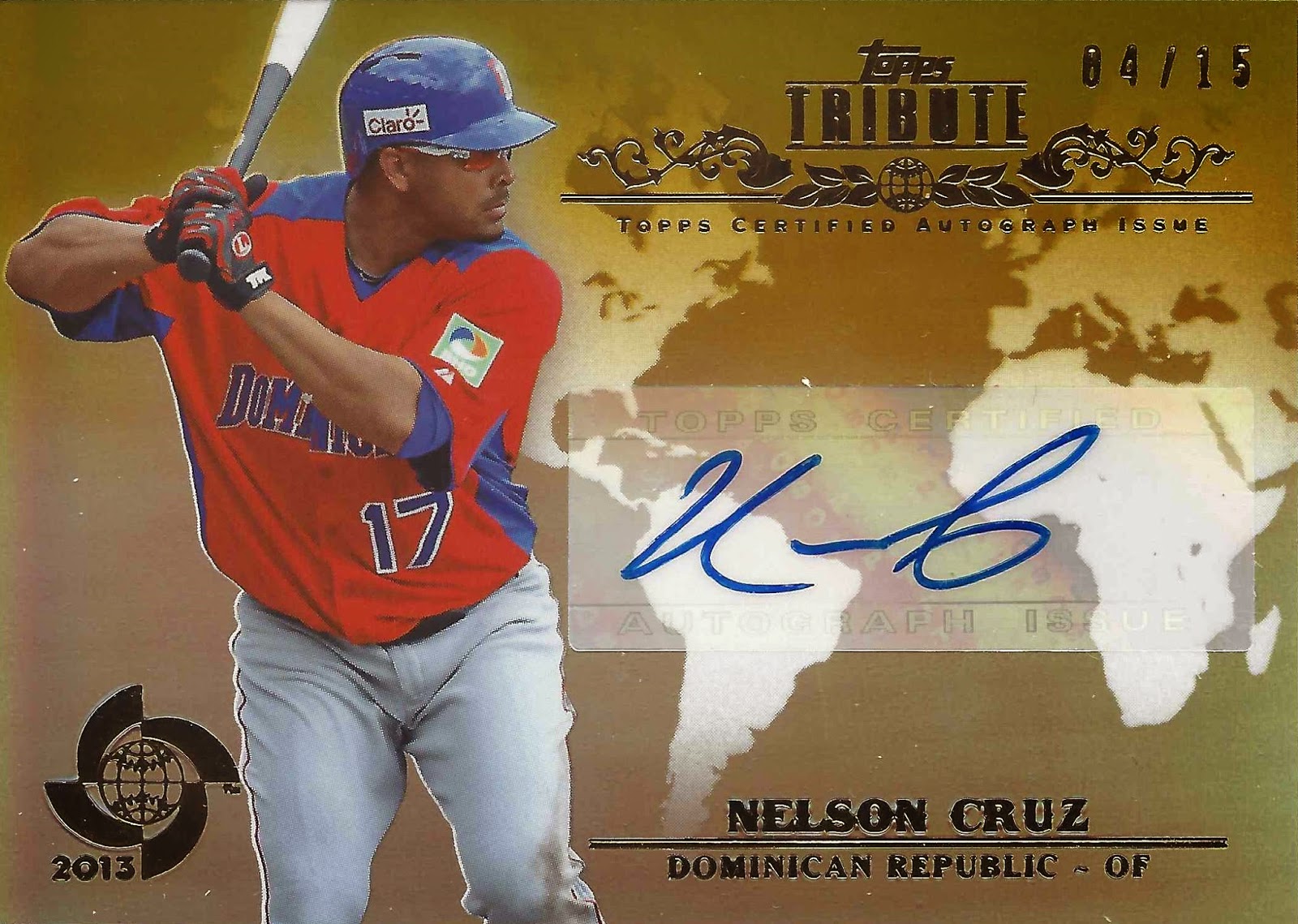 Another member, MetsHotCorner, contacted me and sent me a 2012 Triple Threads Nelson Cruz base parallel (scan coming later) for no reason other than I am a Cruz collector. I am very much a fan of Freedom Cardboard.
--------------------
On March 1, I purchased a card I needed for 2013 Triple Threads Nelson Cruz project (a Beltre/Cruz/Andrus triple relic numbered to 36). When I clicked on the "Track Package" link on eBay, it always said "Electronic shipping info received." I e-mailed the seller numerous times asking her to make sure that she dropped the package off at the post office. She claimed she did and blamed the delay on the weather (I bought another card the same day from a seller in Chicago and it got to me in 4 days). After two and a half weeks, of getting the same tracking message (which usually means the seller has only printed a shipping label), I e-mailed the seller once again on Friday, March 14, and asked to have my money refunded. The seller obliged.

Then a funny thing happened. This arrived in my mailbox: 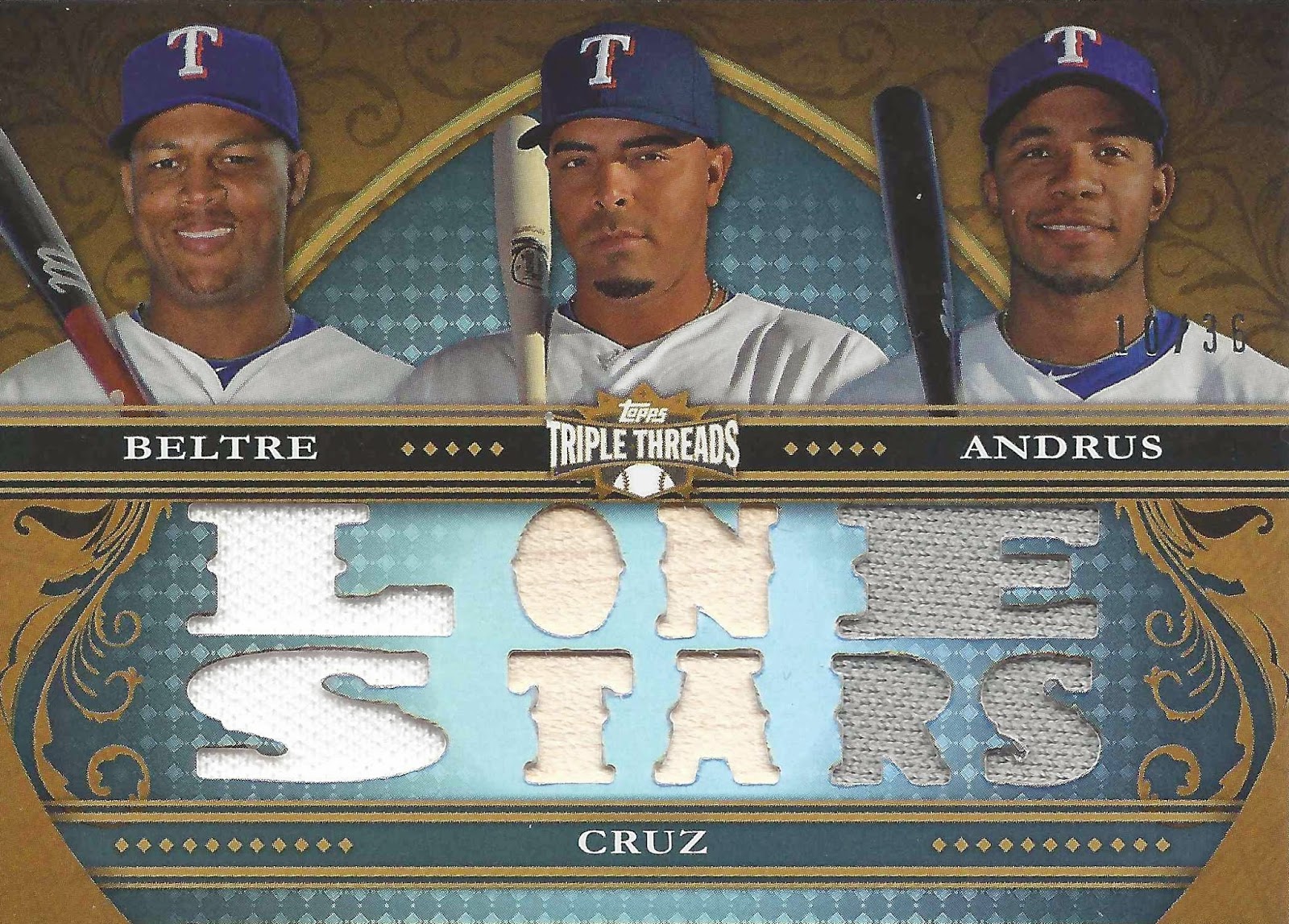 I went back to my eBay page and checked the tracking info. The card was finally accepted at the local post office the same night I requested a refund (at 11 p.m.). The card made its way from Chicago to Mineral Wells in three days.

I decided to send the seller the money she refunded to me, though I wish I wouldn't have. I know that the lady just forgot to drop it off at the post office. Oh well.
--------------------
Last week, my LCS owner called and asked what I had in terms of singles that I would be willing to sell him as he was looking to grab some to sell in his shop. So, this past Friday, I took him everything I have, including set dupes and an assortment of other cards I thought about collecting but changed my mind on.

He offered me cash or a box of 2014 Heritage, and seeing as I plan to build that set, I took the cards. I opened them in the shop, and then neatly placed them back in the box. I chatted for a few more minutes and then left. On the way out, i dropped the box and cards...went...EVERYWHERE. It was a disaster. Roughly half the cards were damaged. It was sickening.