First, thanks to PATP and Bru, there are only TWO spots left in the 2014 GQ Half-Case Break! Sign up now!

Now on to the important part of my post. As you may have noticed, I've updated the right-side toolbar on my page. At the very top is an image titled "The Nelson Cruz Project." If you click on it, it leads you to my page showing my attempt to collect the 2013 Triple Threads Nelson Cruz rainbow (a daunting task, I might add).

So, I set a new watch term on eBay. Soon after, this pops up: 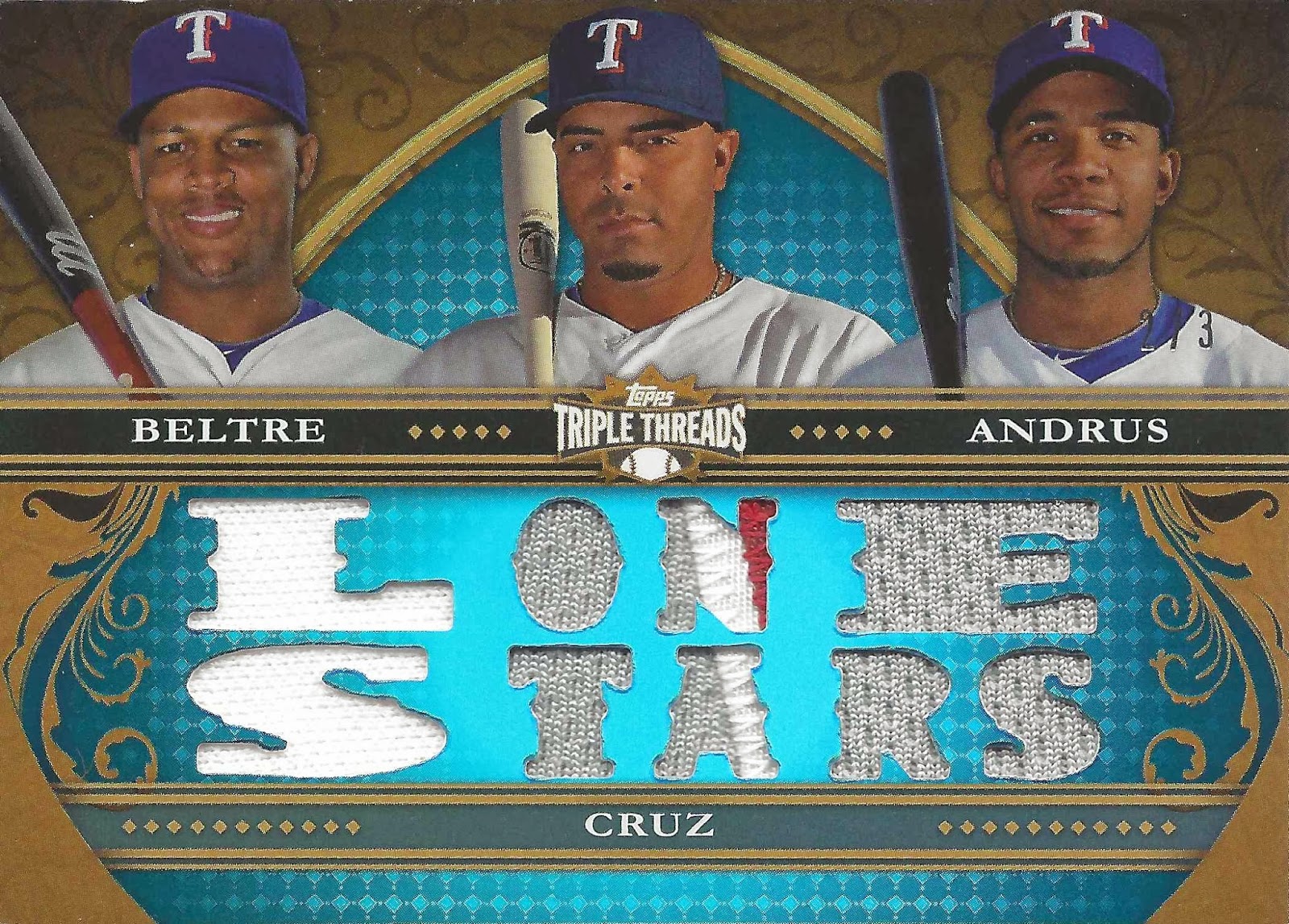 That is the sapphire version of the Beltre/Cruz/Anrus card, numbered 2 of 3, with the Cruz swatch having three beautiful colors. Seeing as I would need a copy of this card, I decided to bid.

The final bidding stopped at about $26, with me being proclaimed the winner.

My celebration was short lived. The seller decided to set a reserve price. What the reserve price was, I don't know, but it was more than I agreed to pay via auction.

I was devastated. The card was beautiful...I mean, look at it and tell me it isn't the cardboard equivalent of Kate Upton.

I pouted for a couple of days. Then I got another alert: the card had been re-listed, this time with no reserve. the opening bid, however, was set at $19.99. For six days, I watched the card as no one made a bid. Then, just as the auction was about to end Saturday, I put in a max bid upwards of $37 - I didn't want to lose it - and prayed I would be victorious.

The auction ended with me being the only bidder, I picked the card up for $20, six dollars less than what I bid the first time.

So here's the lesson:

DON'T BE A JERK AND PUT RESERVES ON YOUR AUCTIONS.

You may end up having to settle for less.