My mailbox had some serious PC cardboard in it today. If you added up all the numbers from the serial numbers, you would come up with the number "4." Let me tell you about the cards.

A couple weeks ago, William from foul bunt shot me a message on Facebook to let me know that one of the regulars at the LCS he frequents had asked him if he was interested in a Triple Threads card that featured three Rangers. He promptly put her in touch with me. After a few back-and-forth "What Would It Take" e-mails, we came to an agreement. The card at the center of it all: 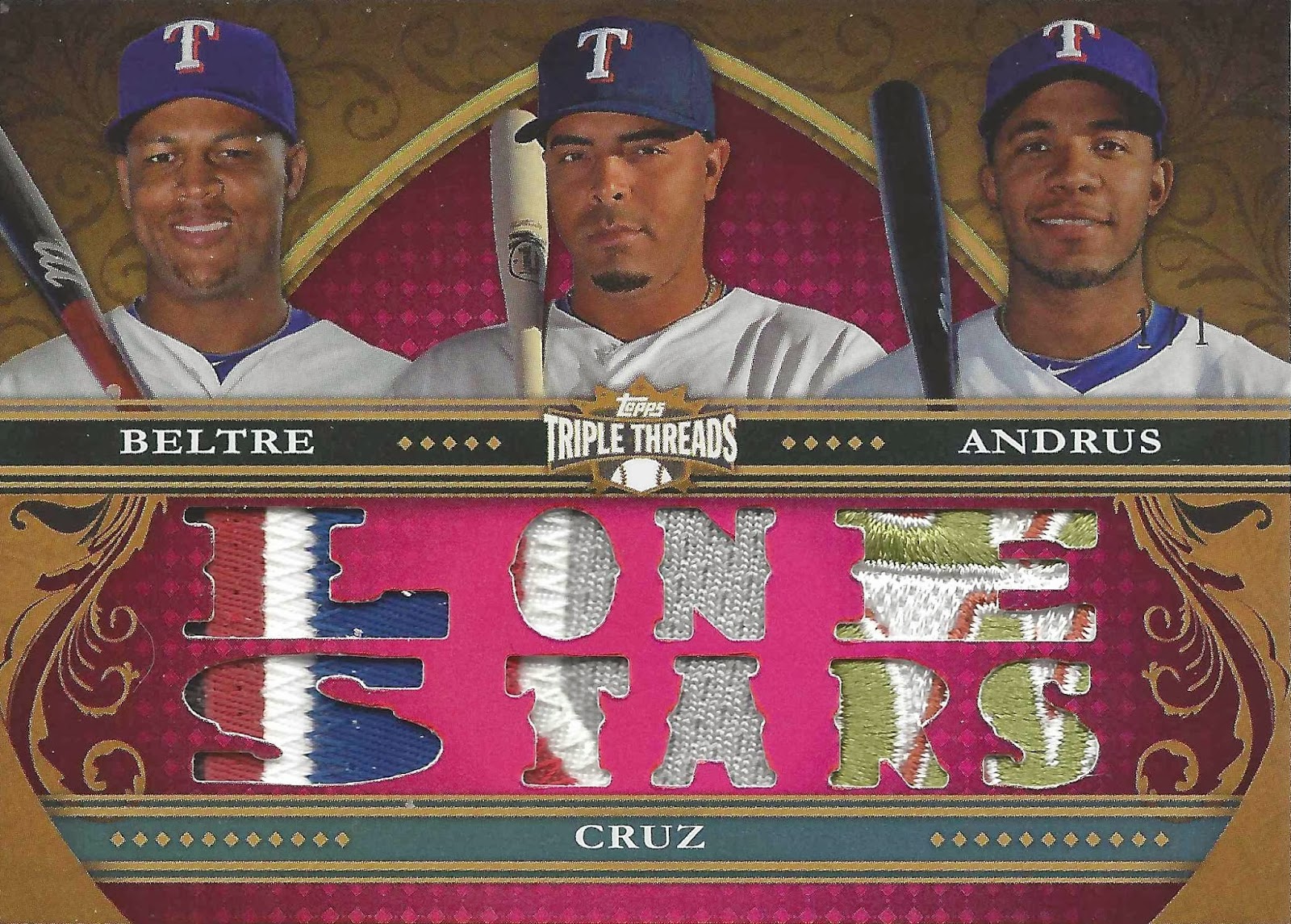 Yesterday, I featured the sapphire version of this card, numbered 2 of 3, and said it was beautiful. It doesn't hold a candle to this beauty. Behold, the ruby parallel, numbered 1 of 1, with three incredible patches. The Andrus patch is from the 2011 World Series, while the Beltre and Cruz patches are from either the team name, number or nameplate.

Saturday, I stopped by my LCS, Hometown Sports, to see the owner Jimmy. I hadn't visited him in what felt like an eternity, so it was a welcome visit. He was down to one box of 2013 Bowman Draft Picks & Prospects, so I bought it. I pulled an orange auto parallel of Cardinals pitcher Marco Gonzalez. I put it on eBay for $125 BIN and it sold within minutes.

With the money I had, I was able to buy this beauty: 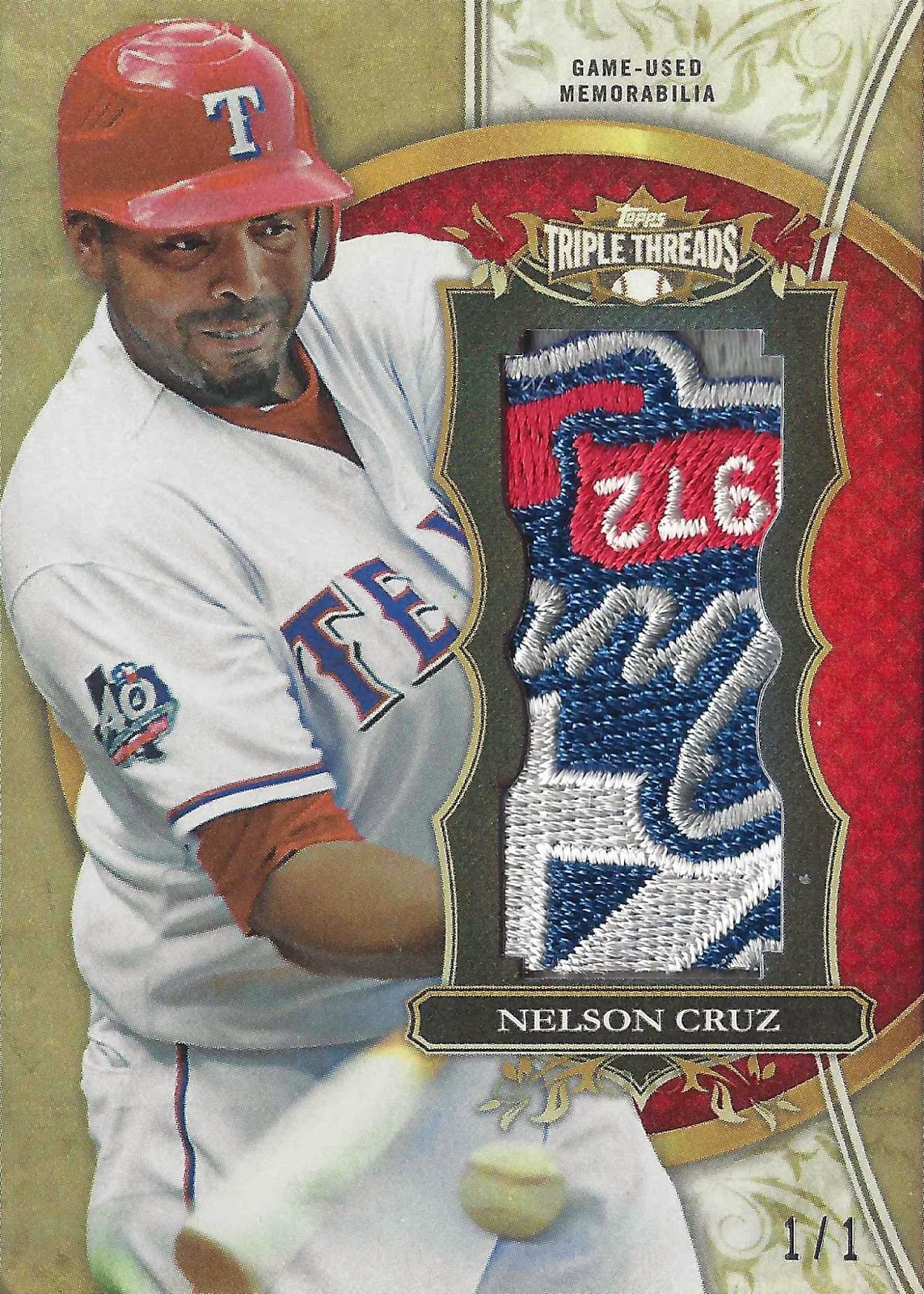 The Nelson Cruz Jumbo Unity Reli ruby parallel, numbered 1 of 1. The patch - upside down, unfortunately - is from the 2012 season celebrating the Rangers 40 years in Arlington.

The seller had this card listed for months at $100 BIN or best offer. I shot him an absolute lowball number, expecting him to come back with something much, much higher. Surprisingly, he accepted the offer.