A Blaster Filled With Parallel Goodies

I went to Walmart today to buy a blaster of Bowman Chrome. After telling myself that I wasn't going to chase the set....I'm chasing the set. I can't help it, I have to.

Sadly, after walking to the card section (which has way too many Magic and Pokemon cards, by the way), I discovered that they were out of the Chrome blaster. As a matter of fact, they had only one blaster remaining: 2013 Topps Update.

Boy, am I glad I did. I found three parallels that should suit me well. The first one I pulled: 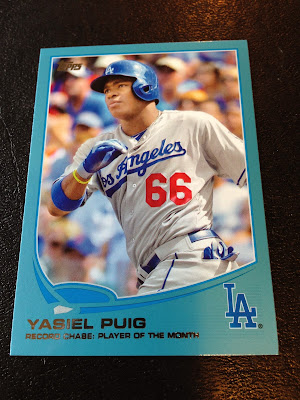 I was pretty stoked about that. Again, I funnel Puig cards back to eBay because people pay stupid prices for his cards, which allows me to get a little money for future card purchases. Win - win!

Next up was an emerald parallel of... 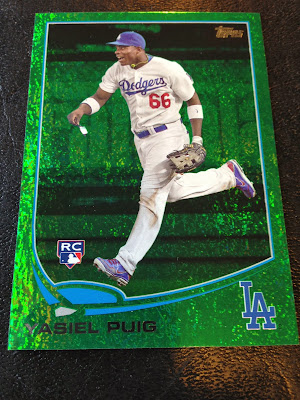 ...Yasiel Puig, AGAIN! Except this is an emerald parallel. Again, straight to eBay.  Lastly, I picked this up, perhaps I will be adding it to a new PC. 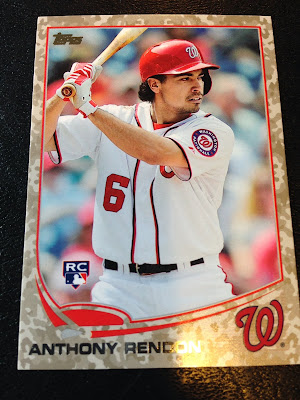 An Anthony Rendon camo parallel, nymbered to 99. When I saw the camo and the Nats logo, I really wanted it to be a Harper. Oh well, this will work.